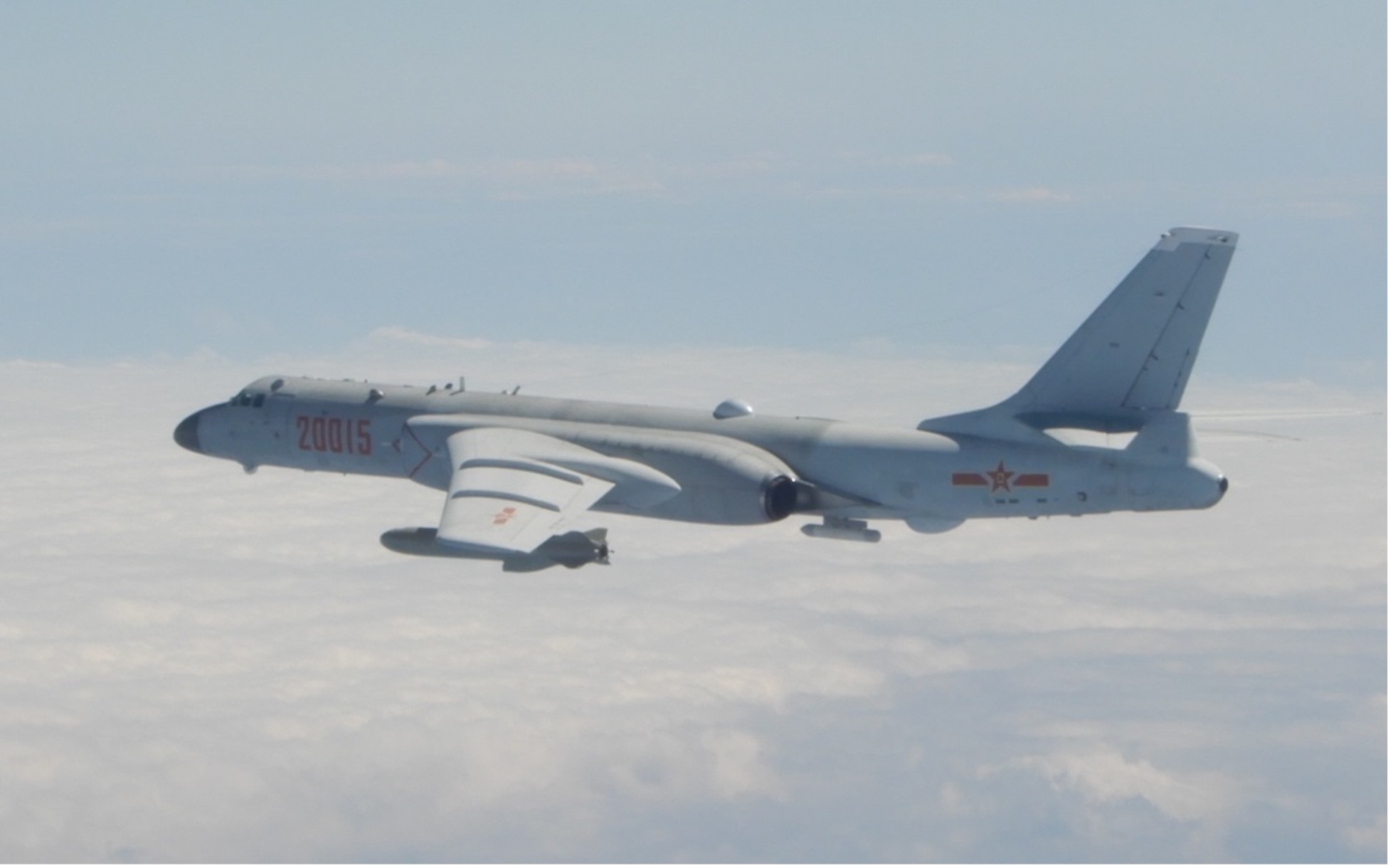 US President Joe Biden’s first international crisis will likely be over the future of Taiwan. Beijing has been positioning for this outcome for months by steadily increasing military pressure against Taipei.

The People’s Liberation Army Air Force on Saturday dispatched what the Global Timesgloatingly called a ‘bomber swarm’ of 13 combat aircraft into Taiwanese airspace just south of the island. This was much larger than previous sorties and included eight long-range H-6K bombers.

The US State Department called on China to stop ‘intimidating its neighbors’ and stated its ‘rock-solid’ commitment to Taiwan’s defence. In response, China deployed 15 combat aircraft to the same region on Sunday. ‘Sooner or later, these fighters will appear over the island of Taiwan’, said a Global Times editorial.

Since Saturday the US aircraft carrier Theodore Roosevelt and an escort strike group of ships have been exercising in the South China Sea, continuing a large-scale US presence in the area for the past six months. These manoeuvres point to a significant increase in regional tensions. Beijing is determined to establish and maintain a higher military tempo around Japan, Taiwan and the South China Sea. Xi Jinping is testing Biden’s resolve.

In my view—this is a judgement, not a demonstrated fact—Xi thinks he can exploit a window of opportunity created by Covid-19 and the change of US president to accelerate China’s ambition to take over Taiwan.

The Chinese Communist Party’s objective is to have Taiwan under its control by 2049, the centenary of the party’s takeover in Beijing. Xi won’t be around then, but in 2021 he has built a military already dominant in the Taiwan Strait and faces a temporarily weakened US focused on other priorities. Does Taiwan matter as much to Biden as cutting a paper deal with Beijing on climate? Xi intends to find out.

What’s clear is that Xi has done everything he can since the Covid outbreak, readying the PLA for a Taiwan contingency and building nationalist enthusiasm for the endeavour. Xi has nothing to lose. If, as is probable, the US stands firm with Taiwan, Xi can revert to the 2049 timetable. If Biden blinks, Xi might just commit a military blunder of globally disastrous proportions.

Thus far the Biden administration has looked prepared and like it is intending to continue Donald Trump’s overt support of Taiwan and more active military role in the South China Sea. China will keep pressing for ways to weaken US determination on the defence of Taiwan. Welcome to the new normal for Indo-Pacific security. Military activities that in past years would be front-page stories about an impending crisis now barely rate a mention.

Disappointingly, our Department of Foreign Affairs and Trade did not protest Beijing’s sabre-rattling over the weekend, even though at the AUSMIN summit last July Australia and the US pledged that ‘recent events only strengthened their resolve to support Taiwan’.

DFAT is no doubt thinking through what that means. It should hurry up as the pace of events is quickening. Whatever Biden does about Taiwan, he will expect Japan and Australia to be there. There is no exit strategy from our own region.

This is not new money but the first approved spend of up to $24 billion allocated in the July 2020 force structure plan for ‘Maritime Guided Weapons’.

This is an important and welcome development. It shows that Defence is hastening to add new range and hitting power to its arsenal as other countries, primarily China, do the same.

The intention is for this investment to begin producing results by ‘mid-decade’, a quick schedule given that the task is not just to buy the weapons but to integrate them onto a range of ships. The aim is to identify and develop joint-production options, most likely with the US. It has been decades since Australia has been in the strike-missile production business, but we have demonstrated the industrial capability with our Nulka active missile decoy, used by the US Navy.

In a conflict, missile stocks will rapidly deplete. If Covid-19 taught us anything, it’s that we must boost domestic production in many areas, but especially the war stocks used by the Australian Defence Force.

Just as was the case with the F-35 joint strike fighter, a joint production effort on a range of missiles gives us access to a wide range of US (and possibly European) science and technology, cements closer alliance cooperation and makes practical military sense for our forces.

Initial investments will focus on upgrades to the next generation of weapons already in service. The thinking is also to identify options for jointly developing new weapons including a sea-launched weapon able to hit land targets at ranges of up to 1,500 kilometres, perhaps a cruise missile.

Rather than go to government with individual missile proposals, Defence is bundling a series of weapons into the one program. Again, this makes sense. We should look to develop the ability to fire weapons from many different types of platforms, drawing on shared technology and support systems. Could this even extend to the navy thinking about using the new long-range anti-ship missile just bought for the air force? Absolutely it should.

A mid-decade rollout of new missile capabilities means that these weapons will be fielded on our current ships and submarines, not the exquisite beauties we’re planning to launch in the 2030s. Thankfully, the government has got the message that Defence isn’t just a subset of industry policy. The essential task at this time is to think about the military challenges Defence will face in the short term.

It’s possible that many Australians may be more comfortable thinking of their military handing out sweets to children in the relatively benign peacekeeping and stabilisation missions of the 1990s. Those images were far from the whole story and they are even further from our strategic world today.

These latest military manoeuvres around Taiwan are, in fact, the emerging front line of Australia’s defence.

Peter Jennings is the executive director of ASPI and a former deputy secretary for strategy in the Department of Defence. A version of this article was published in The Australian. Image: Taiwan Defence Ministry.

The featured image is credited to the Taiwan Defence Ministry.