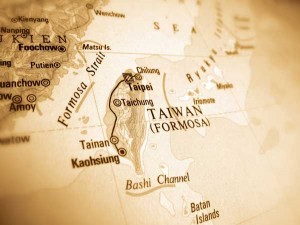 ASPI’s executive director, Peter Jennings, has warned a United States congressional inquiry that China may trigger a major military crisis over Taiwan in the coming year as the Chinese Communist Party’s centenary looms and the US faces a terrible domestic health situation due to the Covid-19 pandemic.

In a series of written responses to questions from the US–China Economic and Security Review Commission today, Jennings says he believes the CCP will continue to test the boundaries of international patience in its operations against Taiwan and in the first island chain until the US and its allies feel compelled to attempt to limit Beijing’s behaviour.

A failure of the US to respond would challenge its credibility as a security partner.

At any time, Chinese President Xi Jinping could reduce the rhetorical tone and limit the People’s Liberation Army’s military exercises and air incursions, Jennings says, but Xi stands to lose nothing if he keeps testing the limits.

‘This gives rise, in my view, to a possible major crisis on Taiwan or the East China Sea in 2021.’ Jennings says Beijing will have developed a menu of options to pressure concessions from Taipei related to its political autonomy. ‘This does not have to involve a PLA amphibious assault of Taiwan’s northern beaches, but it could involve maritime blockades, closing airspace, cyber assaults, missile launchings around (and over) Taiwan, use of fifth column assets inside Taiwan, use of PLA force in a range of deniable grey-zone activities and potentially seizing offshore territory—Quemoy and Matsu, Pratas, and Kinmen Islands. Beijing will continue to probe with military actions, test international reactions and probe again.’

This threat must be seen against the background of China’s efforts to build soft power globally through its own foreign-language media outlets, Confucius Institutes, local organisations linked to the United Front Work Department and, above all, financial relationships, Jennings says.

He notes that, for many countries around the world, China’s global appeal is calibrated against the global attractiveness and effectiveness of the US. ‘Key Southeast Asian countries will make judgements about the need to hedge their relations with Beijing based on the level of confidence they have that the United States is engaged with the region and committed (for reasons of its own interests) to Asian security. A Southeast Asia that doubts the longevity of American interest will get closer to the PRC regardless of the appeal of doing so.’

In response to the commission’s request for recommendations to deal with this situation, Jennings says the CCP presents a profound threat to democratic systems and the international rule of law everywhere. To counter malign CCP activities, like-minded democracies must align and commit to a shared sense of purpose.

‘As Australia saw over 2020, Beijing works hard to split democracies apart from each other and to weaken their resolve through bilateral pressure. My view is that the Commission can play an international role by cooperating more closely with like-minded democratic legislatures including, of course, the Australian Parliament; sharing information and generally emphasizing that we must work together to address a global threat. The Commission might consider establishing a regular dialogue on the PRC for legislatures from the Five Eyes countries.’

The commission could engage with Australia’s parliament through the House speaker and the Senate president on a shared research agenda. That would use parliament’s high-quality and relatively well-resourced committee system, which operates in a largely bipartisan way on national security matters, says Jennings.

He says Southeast Asia is emerging as one of the most critical zones of global competition for influence between the US and the CCP. ‘Beijing sees the region as key to its security, which is why it made such an audacious move to annex the vast bulk of the South China Sea. For Japan and Australia, the free passage of trade through and over the South China Sea is an existential strategic interest.’

If the US is denied access to the region (which also includes treaty allies Thailand and the Philippines), America’s capacity to shape positive security outcomes in the western Pacific is deeply eroded. Beijing knows this and is actively engaged in trying to tilt the region away from the US, says Jennings.

The next two years will shape US success or failure in Asia, he says, and the commission should focus on building deeper knowledge about Beijing’s efforts in the region and a deeper appreciation of the strategic outlooks from the 10 Southeast Asian capitals.

‘America’s challenge is to give the Southeast Asian countries a sense that they have a realistic alternative to accepting Beijing’s dominance and that the democracies will continue to support … their sovereignty and security.’

As in World War II, these nations remain strategically important in shaping how US forces can access and operate in the western Pacific. Beijing understands this too, which helps to explain why it has invested so quickly and substantially into building relations with PIC political elites, Jennings says.

Through its Pacific step-up policy, Australia is re-energising its own PIC engagement strategy, but all like-minded democracies can play a role. US Indo-Pacific Command and other US agencies have lifted their interest and activity with the PICs, and that engagement could be enhanced with more congressional help and support.

Jennings says the PICs are fragile societies, often with limited infrastructure, economic and social opportunities. ‘On the plus side, the region overwhelmingly shares our values and has (mostly) stuck to democratic systems.’

Dealing with China’s financial power is one of the biggest challenges the region faces. ‘It would be valuable to consider a joint study with the Australian Parliament on how best democracies can assist the PICs in strengthening their own systems and reducing their vulnerability to coercion and co-option’, Jennings says.

There’s a need to explain to the citizens of all democracies the nature of the challenges they face in dealing with an increasingly aggressive, nationalistic PRC. ‘There is a significant gap between what executive government and security and policy specialists understand on the one hand (which is often based on classified material), and what back-bench politicians and their electors know’, says Jennings.

‘The Commission could play an important role here by distilling its very deep strategic understanding of the issue into a “tool-kit” for elected representatives designed to help them explain the strategic challenge we face to our citizens.’

It seems clear, says Jennings, that Taiwan will face yet more pressure from the PRC in 2021 and later, and we should not be surprised if Beijing confects a cross-strait crisis.

‘It may be that President Xi calculates that a short-term window of opportunity is closing for the PRC to pressure Taiwan to make concessions on its future political status.’

The commission should help provide greater clarity on what the US would do if Taiwan were attacked, Jennings says. ‘My view is that clarity is what is most needed at a time when the PRC might fail to correctly read American policy signals.’

‘I would expect the United States to stand by its long-held policy disposition to support Taiwan’, Jennings says. ‘On that expectation hangs the credibility of America’s alliance network in the Pacific. To put it bluntly, if the US chose not to vigorously support Taiwan in the face of PRC coercion, this will do immense damage to the credibility of US engagement as viewed in Tokyo, Seoul, and Canberra. That could weaken resolve in these capitals to resist PRC coercion.’

Taiwan Trends and Scenarios: Challenge for the Next U.S. Administration