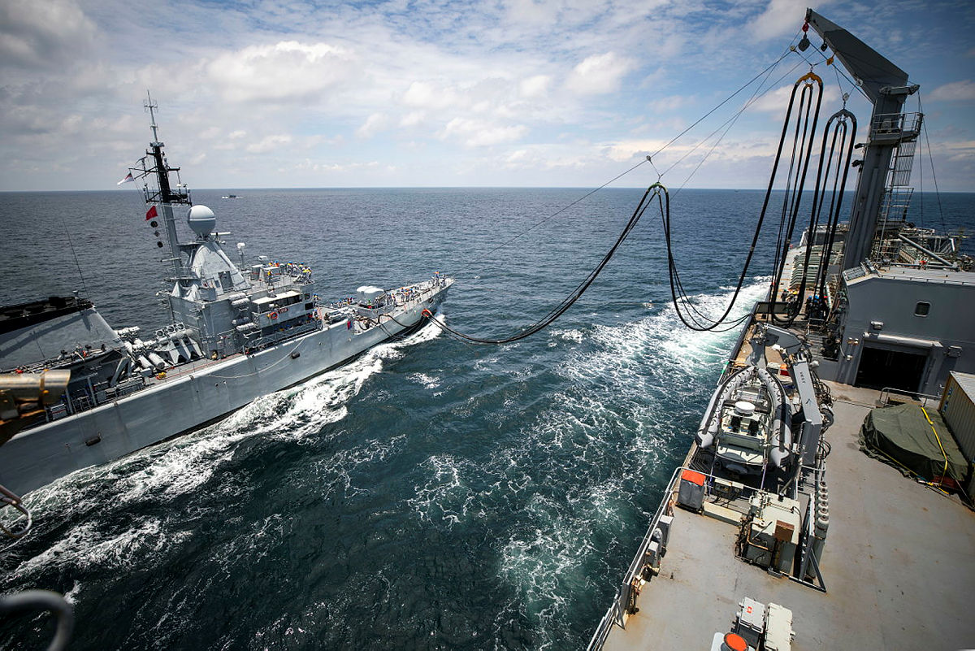 HMAS Sirius conducted a series of exercises with the Royal Malaysian Navy corvette KD Lekir in the Andaman Sea, and an Australian connection onboard Lekir helped liaise with the crews.

The exercises included navigation serials and practising a replenishment-at-sea on March 28 before the two ships’ companies did a traditional ‘cheer ship’ to complete the regional engagement.

Commanding Officer Sirius Commander Chris Doherty said both navies had a long-standing and close relationship and training together at sea and ashore helped both navies operate with confidence.

“Conducting a replenishment-at-sea optimises how we work together and builds confidence in our ability to re-supply our regional partners under way in a range of environments and conditions,” Commander Doherty said.

“We have an officer exchange program between our two navies for navigation training that aids regional interoperability and Lekir’s current navigation officer completed his training at the School of Navigation Warfare at HMAS Watson in Australia.”

Sirius’ navigator Lieutenant Commander Matthew Mialkovsky said the communications between the two ships had been enhanced by the officer training exchanges.

“Ships working in close proximity rely on both sides having common practices and an understanding of how each other operates in the maritime domain,” Lieutenant Commander Mialkovsky said.

“Our officer-of-the-watch manoeuvres during the exercises demonstrated the confidence and trust the two navies have when working together.”

Sirius and HMAS Anzac left their home port in Western Australia on March 4 as a joint task group for a two-month deployment throughout the north-east Indian Ocean and South-East Asia.

This article was published on April 8, 2021 by the Australian Department of Defence.

For a look at how the Malaysian Air Force looks at the evolving situation in its neighborhood:

Airpower When Directly Faced with the Authoritarian Powers: The International Fighter Conference 2019