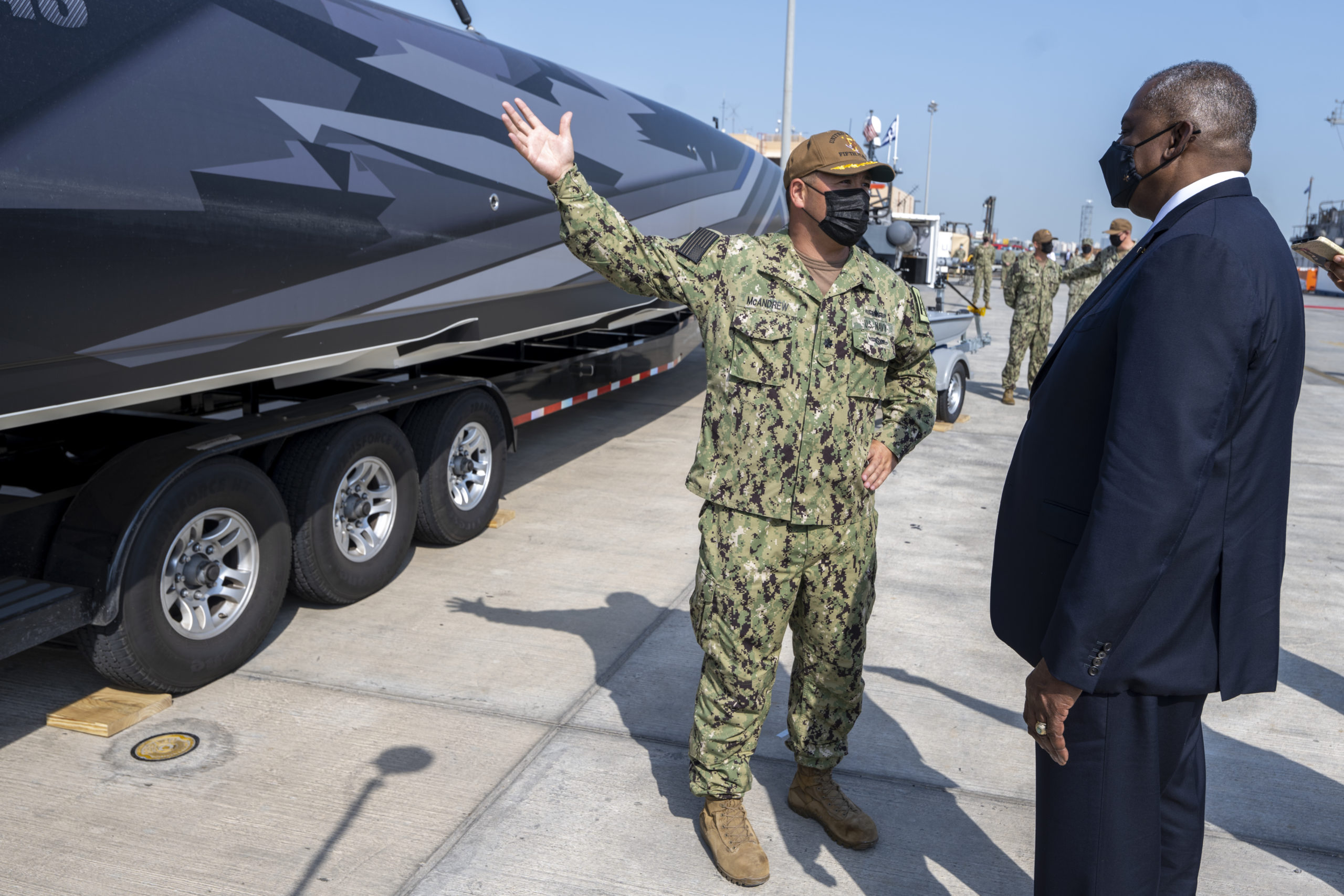 The use of unmanned surface vehicles (USVs) and unmanned underwater vehicles (UUVs) is also growing, as USVs and UUVs are proving to be increasingly useful for a wide array of military applications. The expanding use of military unmanned systems (UxS or UxV) is already creating strategic, operational, and tactical possibilities that did not exist a decade ago.

The expanding use of armed, unmanned systems is not only changing the face of modern warfare but is also altering the process of decision-making in combat operations.

Indeed, it has been argued that the rise in drone warfare is changing the way we conceive of and define “warfare” itself.

These systems have been used extensively in the conflicts in Iraq and Afghanistan and will continue to be equally relevant—if not more so—as the United States’ strategic focus shifts toward the Indo-Asia Pacific region and the high-end warfare this strategy requires. Unmanned system—and especially their utility, not as stand-alone entities, but as warfighters partners in what has been dubbed “man-machine-teaming.”

The U.S. Navy is committed to integrating unmanned systems in the Fleet for a host of reasons. This is seen in the Navy’s Official Force Structure Assessment, as well as in a series of “Future Fleet Architecture Studies.” In each of these studies, one by the Chief of Naval Operations Staff, one by the MITRE Corporation, and one by the Center for Strategic and Budgetary Assessments, the proposed Navy future Fleet architecture had large numbers of air, surface, and subsurface unmanned systems as part of the Navy force structure.

America’s new maritime strategy, Advantage at Sea, reconfirms the Navy’s commitment to unmanned systems as an important part of the Sea Service’s assets, noting, in part, “Cost-effective platforms and manned-unmanned teaming will increase the capacity of the Fleet and expand our ability to distribute our forces…Naval forces will mix larger platforms with standoff capabilities and smaller, more-affordable platforms—including optionally manned or unmanned assets—that increase our offensive lethality and speed of maneuver.”

In January 2021, the Chief of Naval Operations issued CNO NAVPLAN (Navigation Plan) designed to chart the course for how the Navy will execute the Tri-Service Maritime Strategy Advantage at Sea. Not surprisingly, this document identifies unmanned systems as an important part of the Navy’s future plans. Most recently, in March 2021, the Department of the Navy released its UNMANNED Campaign Framework describing the Service’s vision for integrating these platforms into the Fleet.

That is the good news.

The “other” news is that the Navy must deal with a U.S. Congress that has raised concerns that the Navy is moving forward too rapidly and buying too many unmanned systems before it comes up with solid concepts of operations for how it intends to actually use these platforms once they enter the Fleet.

Here is how one analyst put it in an article in Defense News: “Unmanned surface vessels are all the rage in the office of the Secretary of Defense, and the U.S. Navy has lined up behind the effort. But Congress remains skeptical until it sees the Navy make progress on the basics.”

In the latest sign of Congressional ambivalence on unmanned surface warships, the House Seapower and Projection Forces Subcommittee called for restricting funding for procurement of any large, unmanned surface vessels—LUSVs—until the Navy can certify it has worked out an appropriate hull, mechanical and electrical system and that it can operate autonomously for 30 days consecutively.

Furthermore, the Navy must demonstrate a reliable operating system and that any systems integrated into the platform—sonars, radars, etc.—are likewise functioning and reliable, according to the text of the Seapower Subcommittee’s mark of the FY21 National Defense Authorization Act, Congress’s annual defense policy bill.

In short, the language would mean the Navy could not spend procurement dollars on a large, unmanned surface vessel until they have a working model and not try to develop those technologies on the fly.

It’s the same kind of subsystem development language that was championed in the Senate Armed Services Committee’s mark of the FY21 NDAA, that requires the Navy to qualify the main engines and generators for certain unmanned surface vessels prior to vessel procurement, according to a summary of the mark.

These Congressional concerns—to say nothing of those of “Big Navy” and DoD—should be in the forefront of our minds as we seek to integrate UAVs into the Naval Rotary Wing Community. We are now deploying Fire Scout, and accumulating lessons learned. But we are only beginning to scratch the surface of getting the most out of our UxVs.

Experts in the field all agree that our unmanned systems will only deliver maximum value as integrated assets with man-machine teaming at the forefront. Here is how one naval professional put it in a U.S. Naval Institute Proceedings article entitled, “Trust Autonomous Machines:”

“Reversing the U.S. Navy’s trend toward becoming a brittle Fleet of a small number of expensive high-end platforms will require innovation and ingenuity. Human-machine teaming can move the Navy in that direction by allowing limited artificial intelligence (AI)-controlled unmanned systems to act as “loyal wingmen” to manned platforms and eventually to take over more of the dull, dangerous, and dirty work.

But that will require innovative command, control, and communications (C3) architectures to enable computers (the fourth C in C4) to receive proper guidance from human commanders, who must learn to trust their autonomous machines… Given the lethal precision strike that modern warfare demands, extensive employment of autonomous unmanned systems is key for the Navy to avoid becoming a brittle fleet. The Navy must explore a wide range of roles and missions for the unmanned force or it will be forced to play catch up with the rest of the world.”

This article was part of a piece written by George Galdorisi and published in the Summer 2021 edition of Rotor Review and is republished with the author’s permission.

Editor’s Note: The use of remotely operated or autonomous systems does raise a significant set of challenges with regard to C2, mission command and political responsibility.

See the following as an example of the challenges: