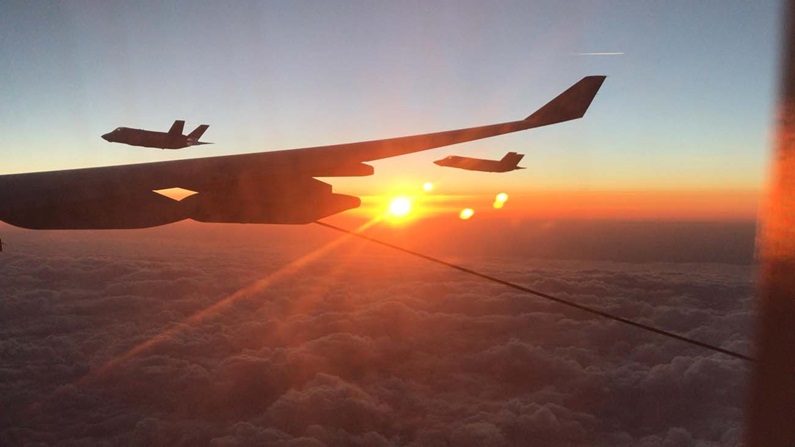 Two programs emerged: In 2002, the Airborne Laser (ABL) test program on a 747, the YAL-1A with an internal laser, and in 2007 the Net Centric Airborne Defense Element (NCADE) Air to Air interceptor on a F-15.

The ABL did conduct and achieve one boost phase successful airborne intercept test out of three attempts of its laser firing and aiming system. The mix of laser chemicals and high costs, as well as operational feasibility, became unsustainable. In late 2011, Defense Secretary Robert Gates, under President Obama, cancelled further ABL testing after concerns arose about the inability of the YAL-1A laser to create enough destructive energy at standoff, defendable distances.

In late 2007, MDA conducted a one-time test of the NCADE missile to determine if a missile fired from a high-performance fighter aircraft could successfully track and hit a ballistic missile soon after launch. The NCADE test launch succeeded at hitting a ballistic missile in its boost phase. The NCADE missile was close to the size of the AIM-120 (AMRAAM) missile carried by every RADAR-equipped U.S. fighter aircraft. Test data indicated that the NCADE missile had a range of approximately 150km and an ability to intercept ballistic missiles inside and outside of the atmosphere.  In 2008, the Air Force collaborated with MDA on another study of boost phase missile interception called the Air-Launched Hit to Kill (ALHK) study, which took a closer look at the NCADE program. The ALHK did not proceed beyond the study stage.

Since the cancellation of the ABL and NCADE, the United States has had no test program or program of record underway to intercept threat missiles in boost phase.

There are several reasons why shooting down missiles in boost phase is appealing.

Second, when the United States can shoot down a raid of incoming missiles closer to launch, there are fewer missiles to shoot down later. This is known as “thinning the herd” and it makes it easier for sensors to locate the remaining incoming missile warheads.

Third, boost phase shoot down reduces stress on the entire U.S. ballistic missile defense enterprise; sensors, communications, control, other interceptors, etc. By knocking down threat missiles earlier, it lowers the workload by simplifying identification and targeting of the remaining missiles. With fewer remaining missiles, it is easier to pick out the ones you need to destroy next. Fourth, air to air interceptors and directed energy shots cost exponentially less than current missile defense interceptors.

The proliferation of North Korean ballistic missile testing over the past two years, with the launch of the Hwasong-14 and 15 ICBMs late last year that are capable of striking the continental United States, brought forth a resurgence with urgency to address a boost phase interceptor program.

The extensive use of the UAV Reaper with an Airborne Tracking & Targeting System (ATTS) and the F-35 with its state of the art advances in interceptor motor and guidance technologies, with these essential ingredients, the United States are present to achieve what boost phase tests and studies could not achieve a decade ago.

The persistent capability to sense, track, produce instant firing solutions, and launch advanced air to air interceptors along with future directed energy beams within 300 seconds of a boosting missile from stand-off ranges.

The upcoming Missile Defense Review, to be released soon by the Department of Defense, is expected to provide direction and policy for the U.S. to develop and deploy a boost phase missile defense layer.