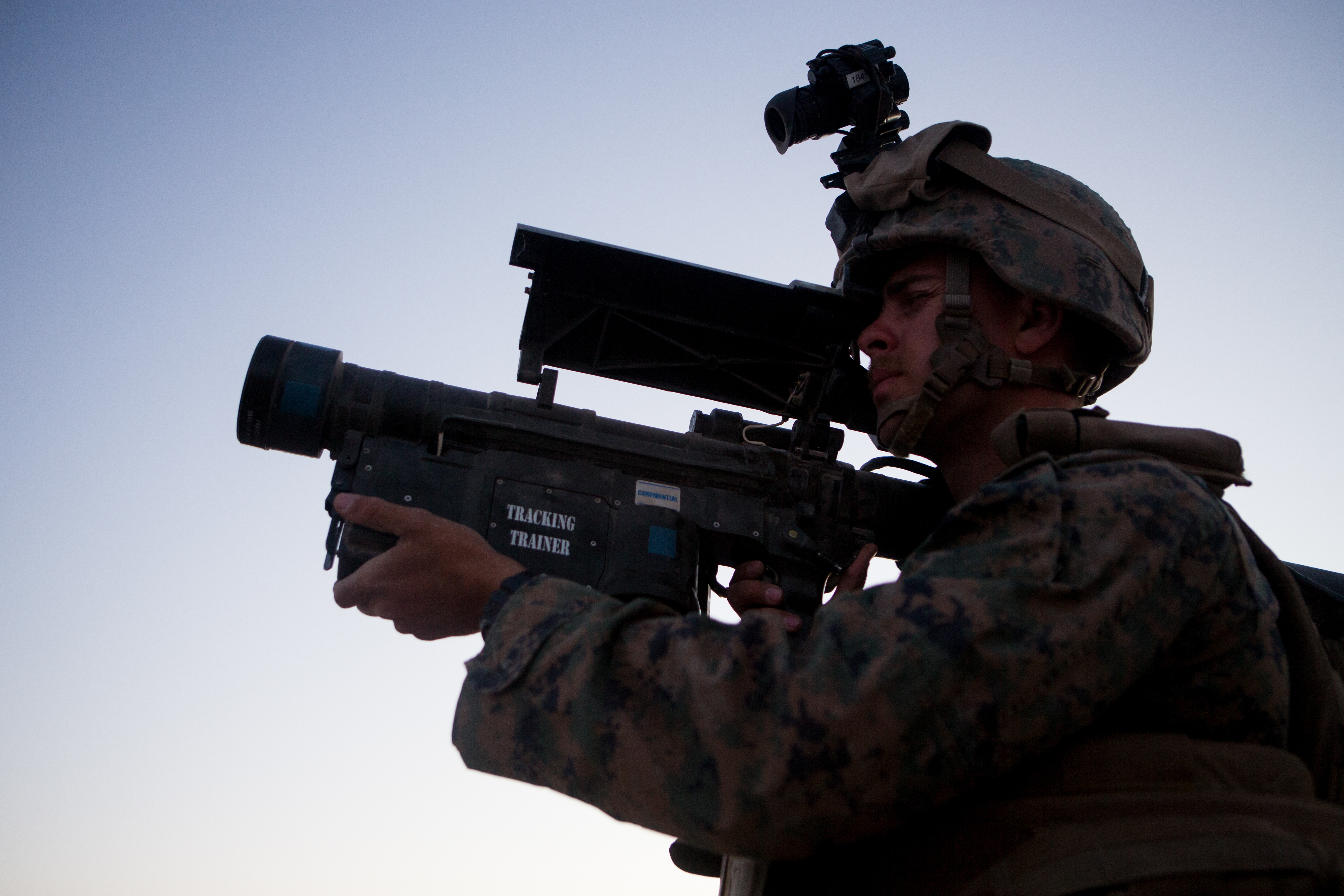 During my visit to MAWTS-1 shortly after the completion of their latest WTI course, I had a chance to talk with Marines involved in the WTI about their combat focus.

In the strategic shift, an adversary clearly has access to a variety of advanced combat capabilities and techniques.

In a session led by Captain Michael Jacobellis, the Ground-Based Air Defense Division head at MAWTS, we focused on the threats and efforts to prevail against those threats.

One of these is the ability to degrade the combat force of the Marines and to disrupt the combat rhythm to the adversary’s advantage.

Here the Marines were thrown a series of jamming and other EW challenges which disrupted their normal C2 and ISR data links and communication tools.

Clearly, part of that challenge is learning what is simply equipment malfunction versus a deliberate adversary disruptive strategy.

Part of it is learning to work with a diversity of targeting and communication tools to do work arounds when disruption comes.

Some of the new equipment is clearly designed to provide a combat advantage for the Marines, such as the new G/ATOR radar which provides targeting tracking information which can inform the air element as well as work with the ACE to provide redundant capabilities.

As one Marine noted with regard to G/ATOR: “We are working with a family of systems that will allow us to provide a recognized air picture across the entire MAGF so we can pass targeting data across the MAGTF as well.

“This system is the Composite Tracking Network or CTN.

“This was the first time we failed G/ATORS at WTI and they allow us through use of CTN to integrate all of the sensors together and empowers integrated fire control.”

The shift from counter-insurgency habits, equipment and operations is a significant one and is clearly a work in progress.

It is about shedding some past learned behavior as well in terms of shaping more appropriate ways to operate as a force in a contested tron warfare environment.

The cracking of the Enigma code in World War II by the allies involved in part German soldiers and sailors using techniques which exposed the enigma system to intrusive learning from the British and the other allies working to break the Enigma Code.

In today’s situation, the Marines are facing a similar situation in which a combination of technology and appropriate combat techniques in handling data in a combat environment is a key element of the combat learning cycle as well.

And disruptive technologies, which the adversary might use against the Marines, were being fielded to test the USMC approach.

One example is the use of multiple drones or UAVs against Marine Corps forces and testing various technologies and approaches to attenuating that threat.

The Marines are working closely with the US Army and this effort, and our visit earlier this year to Fort Sill highlighted progress, which the US Army is making with regard to fielding a new capability to deal with UAVs disrupting the battlespace.

Similar to the Army, the USMC is working new systems onto a combat vehicle to shape more effective ways ahead as well.

The USMC system is called L-MADIS or the Light Marine Air Defense Integrated System, which is designed specifically for counter UAS missions.

It is a two vehicle system which works the ISR data, and C2 links and delivers a counter strike capability against incoming UAS systems.

The L-MADIS system is very expeditionary and can be carried by MV-22s or C-130s.

The Army’s version is being built off of a Stryker vehicle, and the Marines off of a JLTV vehicle.

The same instinct is in play – use a core vehicle in use for the ground forces, shape a flexible management system on the vehicle and have modular upgradeable systems providing what BG McIntire at Fort Sill referred to as the “toys on top of the vehicle.”

In other words, combat learning can shape the systems being put onboard the vehicles and working commonality with the US Army can provide for a broader deployed capability dependent on how the force will operate or build up in an objective area.

The Marines are building the ground vehicle and systems infrastructure within which they can plug evolving counter-battery fires capabilities as those develop.

And clearly, they are looking at extended range as well for the counter-battery fire.

The C-RAM system of systems approach used in combat in the Middle East is being taken forward into the new phase of preparation for combat.

We argued earlier with regard to the combat learning from the Middle East Wars, that one needed to “harvest the best and the leave the rest.”

Clearly, one aspect of the combat learning has been that Army and Marine Corps ground forces need to tap into similar capabilities when they have them to provide for enhanced joint capabilities.

The C-RAM opportunity is clearly one of them.

And generally, active defense capabilities have been highlighted again within combat preparations. The Marines rely on an upgraded Stinger missile and are looking forward to the introduction of directed energy weapons, again working closely with the US Army.

In short, the shift is a significant one.

It is a work in progress but clearly the Marines are working to reshape the force to be a more effective one in a force-on-force battle with peer competitors.

And given the worldwide working relationships of Marines with key allies preparing for the similar transition, the Marines can both contribute to allied learning and to learn from those allies as well.