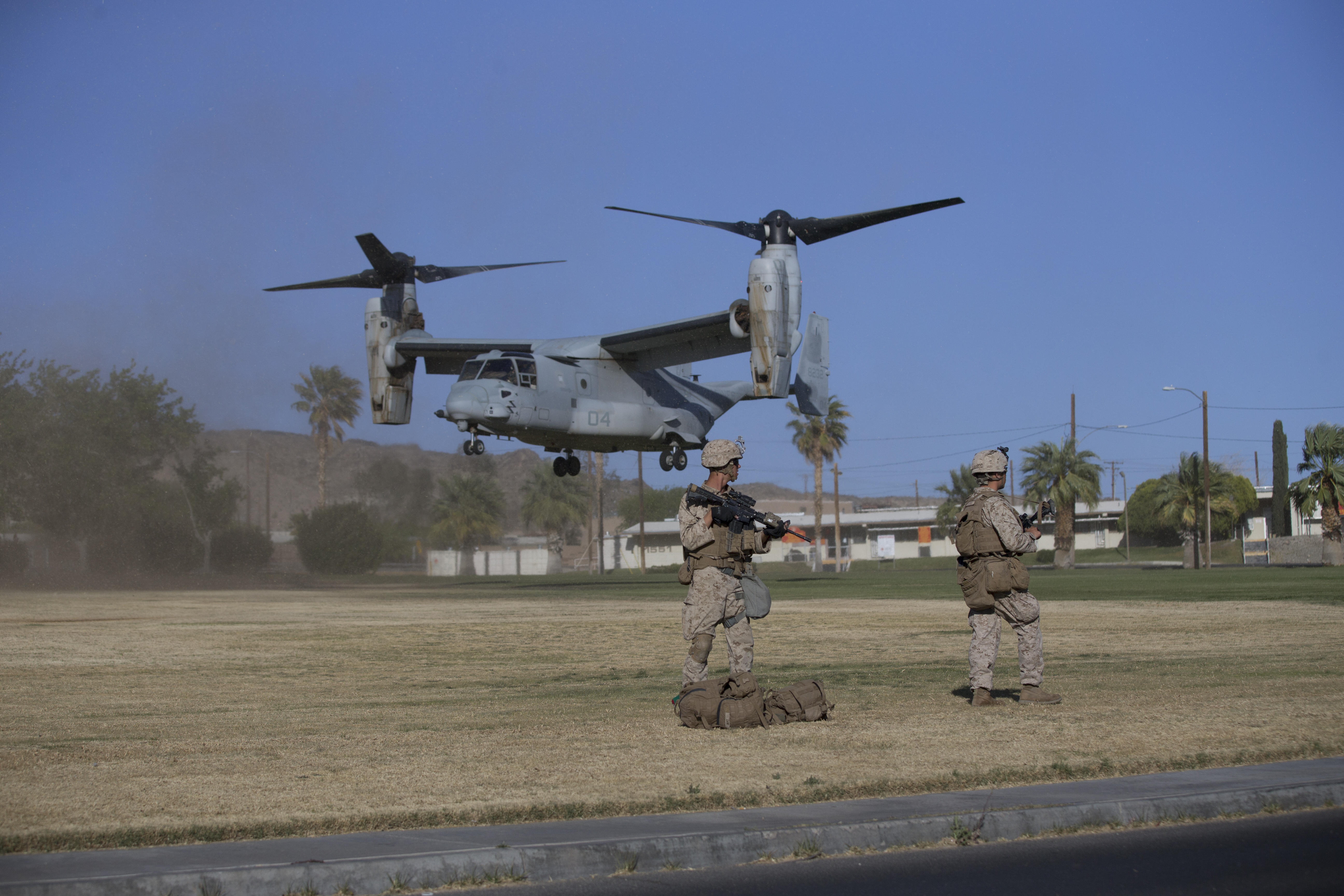 During my visit to MCAS Yuma in early May 2018, I had a chance to talk with several components of MAWTS-1.

We recently published the interview with the MAWTS-1 CO prior for his departure to his next assignment.

Colonel Wellons highlighted the importance of readiness for the Marines who would come into MAWTS-1 to get the advanced training one gets at MAWTS. He noted that there was a significant downturn in readiness, which is now on the upswing.

“During this last WTI course we had the highest level of readiness that I think we have ever seen for our fixed wing fleet, and our pilots are back above 20 hours a month across all communities.

“I would caution that we view this readiness recovery as fragile at this point, but it is definitely headed in the right direction.”

There is also the question of training for readiness for what?

What I found most impressive about the work going on at MAWTS was the focus on getting ready to fight with the force you have for the next war.

There was clearly a recognition of the strategic shift facing the liberal democracies and the need to prepare to fight in contested areas with the means which peer competitors can bring to the fight.

This clearly is a work in progress, but change is being driven as well by the innovations being introduced by the Marines working the innovative parts of the joint and allied forces as well.

For the Marines, the Osprey has driven significant change in terms of the reach of the Ground Combat Element; now the F-35 is empowering the air-ground team in new ways.

And next up will be the CH-53K, which will both benefit from the transformation of the Marine Corps but also contribute to it as well.

And certainly as MAWTS gets its hands on the CH-53K it will be shaped as a combat platform by the overall transformation of the Marine Corps.

A key element of the transformation is working a digital interoperable force, which can operate, effectively in a contested environment and to do so by highlighting force mobility and capability to operate as a distributed force.

All of these elements of change were on display at MAWTS-1 when I was there.

Perhaps no more so than in my discussions with two leaders of the Ground Combat team at MAWTS, Major Brian Green and Captain Thomas Fields.

The focus is upon exposing the GCE to the wide variety of air assets which can be brought into to support the GCE both within the MAGTF as well as from the Joint Force.

As Captain Fields put it: “We get a MEBs worth of aircraft for a WTI course, which is something our ground combat forces will not normally see.

“And they will get exposure as well to the other services air assets, which can be brought to bear on the battlespace.

“They get to understand that capability before they actually might employ it in the future.”

The involvement of the GCE has gone through an evolutionary process.  According to the officers, it started with the involvement in 1988 of company working with MAWTS-1 a decade after MAWTS-1 had been established.

They participated but were not well integrated.

Then the GCE was upsized at WTI to a battalion level and the Marines began to operate the TALON Exercise, which is a ground combat exercise, concurrently with WTI and thereby providing exercise space for more interactive learning.

With the coming of the new air systems to the Marines, and the clear focus on digital interoperability, this interactive space becomes even more important in shaping concepts of operations and real world operational capabilities to deliver a more lethal force into the distributed battlespace.

Another part of the challenge is the return to the sea.

Major Green has significant at-sea experience, and with the emphasis on the return to the sea this means that the Navy needs to focus on its amphibious warfare skills as the Marines bring new approaches and capabilities to the sea base as well.

And this is clearly a work in progress, because with the decade of the land wars, skills in the amphibious are have been downplayed and some key skills atrophied.

This means the work at MAWTS-1 also needs to take into a account the return to the sea and applying MAGTF integration to the sea base as well, which is clearly a work in progress as well.

Another key element of the work in progress is the introduction of digital interoperability as key line of development for the USMC.

Clearly, this is not just about the equipment but the soldiers working the equipment and learning how to maximize benefits from digital interoperability as well as to work with the downsides of data as well.

Major Green noted that there is a generation challenge associated with this.

“The younger generation are digital natives; the older officers are not.

“The senior level is wrapping their heads around the transition and working the challenge, but it is a challenge as well.”

An aspect of the training at MAWTS with the ground units, which come into the WTI course, is that they will study the same curriculum as the aviation community for the first two weeks of the 7 week course.

As Major Green put it: “We provide the same read aheads to the infantry as we do for the aviators.

“And we hold them to the same standards during the first two weeks of the course as well.”

After those first two weeks, the groups break out around their specific platforms but informed by the overall direction, which the Corps is taking with regard to cutting edge performance for the MAGTF.

The focus is not upon specialty or MOS training for the ground component, but certification as fire support team leaders.

And again, because of the wide panoply of aviation assets the ground force will see during the course and into the exercise, the notion of fire support becomes broadened as new capabilities are seen and understood.

As Major Green noted with regard to GCE involvement in MAWTS-1:

“We run two courses a year in conjunction with WTI. We typically have between 10 to 14 students tops.”

The target goal of the effort was highlighted by Captain Fields:

“When we receive our ground combat Marines, we will return them to their units in seven weeks and we’re going to return a subject matter expert on integration between air and ground assets and how to take a ground scheme maneuver and know how to integrate aviation assets to best support the ground scheme of maneuver in terms of fires, assault support, and sustainment.”

In short, MAWTS-1 provides a venue for the cross training which makes MAGTF innovation possible.

And with the strategic shift away from the counter-insurgency effort, there will be significant demands on the innovation curve.