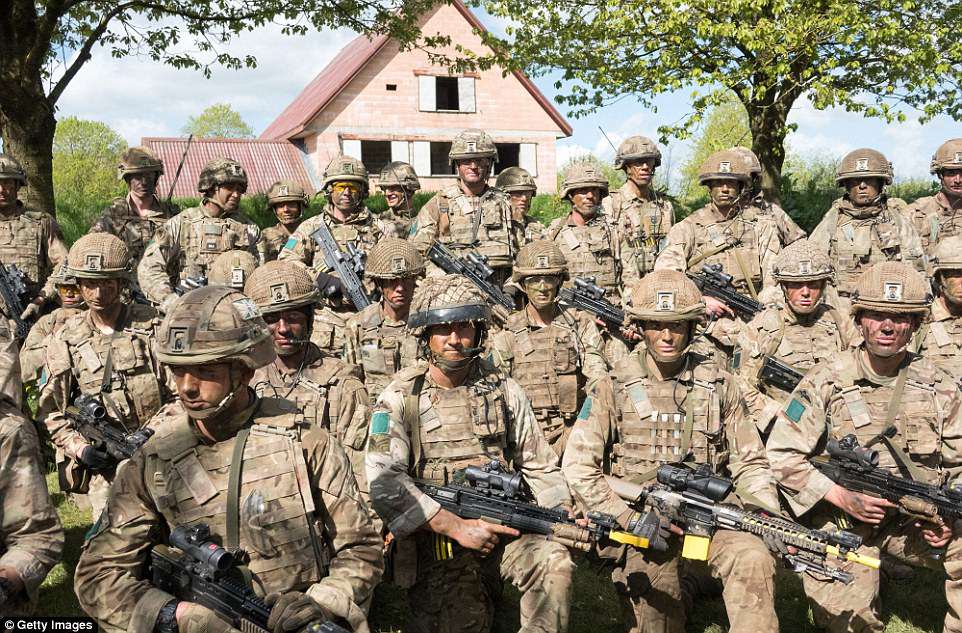 According to a story in the Daily Mail published on May 3, 2018:

British troops have taken part in one of Europe’s largest military exercises with nearly 12,000 personnel from across 17 nations attending Salisbury Plain.

Exercise Joint Warrior sees forces from around the world gather together to share strategies and take part in different training scenarios.

As part of the programme, UK soldiers were involved in a live demonstration held at Salisbury Plain Training Area, in Wiltshire, today with the Joint Expeditionary Force.

All three British armed forces were incorporated in the exercises and 16 other countries were involved including Norway, Denmark, Estonia, the Netherlands, and the US.

The bi-annual exercise provides NATO allies and partner nations with the opportunity to train together across air, land, and sea.

Exercise Joint Warrior also hosted non-NATO partners such as Australia, Finland and Sweden and runs from April 21 to May 4.

According to a story published May 4, 2018 on the Ministry of Defence website, the exercise was highlighted:

Britain remains more committed than ever to our longstanding allies in the face of evolving and intensifying threats, including chemical and biological weapons, reaffirmed Defence Secretary Gavin Williamson today.

Speaking from the Joint Expeditionary Force’s (JEF) military exercise on Salisbury Plain, the Defence Secretary made clear the importance of the joint force in which the UK plays a leading role as the ‘framework nation’, working closely alongside Denmark, Estonia, Finland, Latvia, Lithuania, the Netherlands, Norway and Sweden.

Attending with Chiefs of Defence from all nine JEF member nations, Mr Williamson also commended the JEF’s ability to react to the full spectrum of operations, from humanitarian assistance and conventional deterrence, through to combat operations.

“Nations are judged by the friends they keep. The exercise today sends a clear message to our allies and adversaries alike – our nations have what it takes to keep our people safe and secure in an uncertain world.

“From counter-terrorism and anti-smuggling to information warfare, we are stronger by sharing expertise and developing joint tactics across air, land, sea and cyber.”

The exercise is the culmination of two weeks of intensive and specialised training across the country, ranging from amphibious and naval activity in Wales and Scotland to land based training in Wiltshire and air activity across the UK; all part of Exercise Joint Warrior.

The featured photo shows British troops posing for a photograph as they take part in a live demonstration held at Salisbury Plain Training Area, in Wiltshire, today. Credit: Getty Photos.