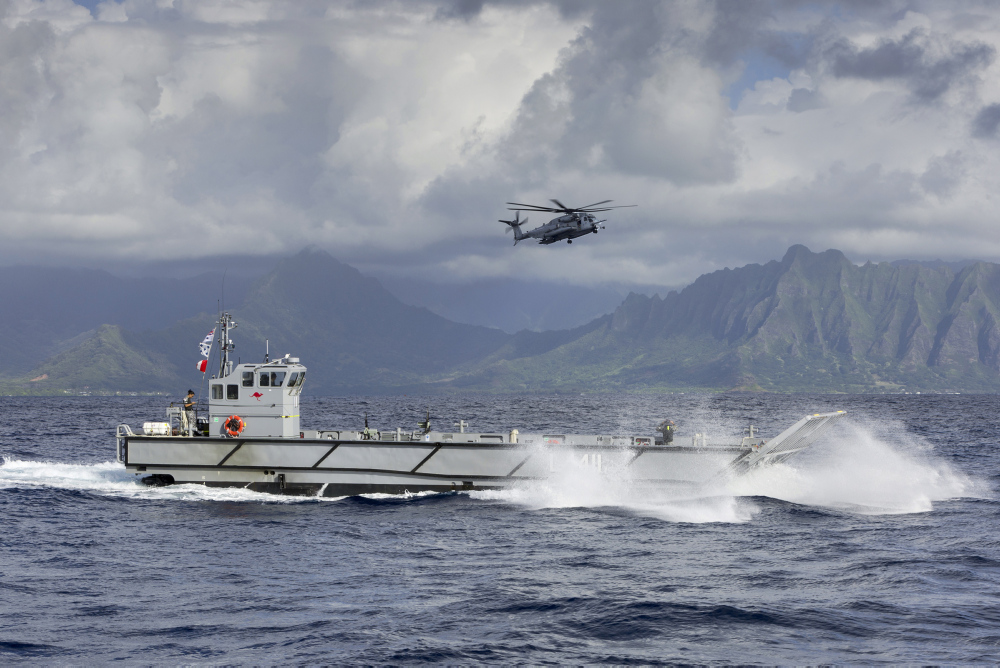 The strategic shift from the Middle East land wars to deterrence of conflict in the Pacific is a key one facing the Australian Army within the general transformation of the Australian Defence Force.

It is part of shaping a new deterrent strategy, one which is built around shaping a fifth generation combat force.

We have a provided a number of Australian interviews highlighting the way ahead for the Australian Army, and have produced a report for the Williams Foundation specifically focused on Air-Land integration within the transformation of the ADF.

On March 17, 2016, the Williams Foundation held a seminar which focused on new approaches to air-land integration. The terms of reference for the seminar highlighted the way ahead.

“Air forces need to be capable of delivering air and space power effects to support conventional and special operations in the land domain. Air-Land integration is one of the most important capabilities for successful joint operations.

The last decade has seen a significant shift in how airpower has supported ground operations. With the introduction of systems like Rover, the ability of airpower to provide precision strike to the ground forces saw a significant change in fire support from a wide variety of air platforms. Precision air dropping in support of outposts or moving forces introduced new capabilities of support.

Yet this template of air ground is really focused on air support to the ground whereas with the shift in the global situation, a much wider set of situations are emerging whereby the air-ground integration approach will become much wider in character, and the ability to insert force rapidly, as a precision strike capability, and to be withdrawn will be a key tool in the toolbox for decision makers.

Fifth generation enabled operations will see a shift to a distributed C2 approach which will clearly change the nature of the ground-to air command system, and the with the ability of fifth generation systems to generate horizontal communications among air assets outside the boundaries of a classic AWACs directed system, the change in C2 will be very wide ranging.”

An article by Stephen Kuper published on November 28, 2018 on the Australian website Defence Connect provided an overview on how the Australian Army is addressing its role within ADF transformation.

The introduction of Plan Beersheba in 2011, and the shift toward developing a truly ‘combined arms’ force capable of leveraging Australia’s traditional advantages in high-tech platforms, world-class infantry and ‘espirit de corps’, serves as the nation’s first attempt to modernise and recapitalise the Army to face the fluid tactical and strategic challenges of the 21st century battlefield.

A key component of Beersheba is the development of specialist Australian amphibious elements, combining infantry, armour, air and artillery assets to enhance the combat effectiveness, deployability and surviveability of Australia’s army, particularly as the centre of gravity for global power re-orientates to our region and its unique operating environments.

Supporting this major recapitalisation and strategic reorientation is the major redevelopment programs across both Navy and Air Force, particularly the introduction of the Canberra and Choules Class amphibious warfare ships, which have supported the development of Australian amphibious elements.

The shifting focus towards specialist amphibious warfare capabilities, combined with the structural reorganisation of the Army to focus on integrating infantry, armour, artillery, combat signals, engineers and support elements across Army’s three regular force combatant – 1st, 3rd and 7th Brigades  – served as the fundamental basis for refocusing the structure and combat capabilities of the Army between 2011 and 2017.

In finalising the structure and development of the Army under Plan Beersheba in late 2017, than Chief of Army, now Chief of Defence, General Angus Campbell, AO, DSC established the groundwork for what would be the basis of his successors shifting focus for the Army, saying, “The changes delivered through this plan have established the foundations to ensure that as the Army moves forward we will continue to be a modern, connected and technologically advanced force.”

Reinforcing this, Major General Gus McLachlan, Commander Forces Command, told Defence Connect, “In Plan Beersheba we have the spine, the backbone of our 21st century, combined arms force, but it isn’t the future. That is where Accelerated Warfare comes into play, it aims to make Army an adaptable and capable force….”

Like both Navy and Air Force, Army is undergoing a major recapitalisation and modernisation of its key force multipliers and platforms, not only to replace ageing equipment but to ensure that Army is capable of serving as an equal partner within the ‘Joint Force’ ADF and is capable of meeting the operational, tactical and strategic requirements placed upon the service…..

For Army, key projects like LAND 400 Phase 2 and Phase 3, LAND 19 7B, the future surface-to-surface long-range strike missile and integrated air defence platforms provide the service with the ability to leverage key inter-service platforms like AWD and F-35 to develop a robust shooting solution and a unique A2/AD network in response to the rapidly evolving technological and geopolitical realities of the region…..

Both Accelerated Warfare and Army in Motion play critical roles in supporting the development of the ADF as an integrated, combined arms force, capable of complementing the unique capabilities of each branch, while leveraging the high-tech components, support and key mission and broader national security objectives.

“So how do you then overlay F-35, Air Warfare Destroyer, LAND 19, 7 Bravo, ground-based air defence capability, and soon to come anti-ship missile and long-range surface fires? That’s a really important opportunity. That has huge implications for Defence. We’re always going to be small. We’re always going to have a relatively small number of these high quality platforms. So the ability to network them and achieve a single system of sensors and shooters, potentially a ground force that’s persistent and difficult to dig out, and deploying some of those sensors into marathon choke points [e.g. Malacca or Lombok Strait] and so on,” MAJGEN McLachlan said, explaining the growing importance of the Army as a key component of the broader future force.

Integrating the broader ADF, particularly where each of the forces is an operational and strategic ‘equal’ capable of leveraging technology, doctrine, tactics and the world-class training of Australian soldiers, sailors and airmen and women provides a potent defence capability for Australia’s policy makers, particularly as the regional security environment continues to evolve and challenge the established power paradigm.

The nation’s alliances, particularly in our region, will be enhanced by the development of the ‘Joint Force’ as Australia develops and integrates world-leading technologies, doctrine and personnel capable of engaging with, and overcoming, a variety of contingencies across the air, land, sea, space and cyber domains as threats emerge.

These unique capabilities, particularly across high-technology platforms, innovative doctrine and highly-capable and readily responsive personnel, serve as the basis for securing the nation’s alliances and more broadly securing the nation and its geo-strategic and economic interests throughout the region.

As an Army in Motion, Accelerated Warfare serves as the next step in the evolution of the Army, which seeks to leverage the possibilities of both technology and the human potential that makes up the fighting force, building on the tradition and history of Australia’s Army as an innovative, unorthodox and world-class fighting force, renowned for punching above its weight.

The featured photo shows a multinational amphibious assault on Bellows Beach has marked the final showdown for Exercise Rim of the Pacific (RIMPAC) 2018.

The multinational task force involving soldiers, sailors, airmen and marines from Japan, Tonga, Australia, Indonesia, Malaysia, Sri-Lanka and the United States swiftly executed the amphibious assault by surprising the notional enemy on two fronts. The activity was the culmination of weeks of training and preparation conducted during RIMPAC.

RIMPAC is a biennial military training exercise to strengthen international maritime partnerships, enhance interoperability and improve the readiness of participating forces for a wide range of potential scenarios.

The multinational activity, held from 27 June to 2 August 2018 in Hawaii and off the coast of California, is the world’s largest maritime exercise and involves 25,000 personnel from 25 countries.

For our initial look at “Army in Motion,” see the following:

The Role of the Australian Army in Australia’ Indo-Pacific Strategy: A Work in Progress