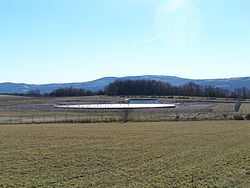 Paris – France is poised to invest 10s of millions of euros into research and development for  laser weapons against space and land systems, with the funds to be directed to aerospace research office Onera and industrial partners.

“It is urgent for France to devote substantial and ambitious investments for the breakthrough and innovative technologies necessary for the realization of a laser weapon,” Franck Lefèvre, director of defense programs at Onera, said June 12.

That funding for R&D would be for about five years, allowing first trials of a “pre-operational” laser weapon around 2025 if the research project received backing from the Direction Générale de l’Armement procurement office.

France ordered studies on lasers some 20 years ago and has since shown little interest. Onera, however, continued its studies and drew on its own funds until the DGA financed research four years ago.

The US and China have invested heavily in laser weapons technology, he said.

France now seeks to conduct studies for a laser which could used against spy and communications satellites, and the technology could also be used against land systems.

A French laser weapon might have a range of 400-600 km and be used to disable rather than destroy optical or communications satellites. The beams could be used to burn out solar panels and dazzle onboard cameras.

Onera has studied lasers using infrared beams, which are invisible.

The interest in lasers reflects a shift in French policy, with the armed forces minister, Florence Parly, pointing up the Russian space spy threat.

In a carefully prepared media event, Parly last year accused Russia of flying its Luch-Olymp satellite close to Athena-Fidus, to listen in on the Franco-Italian spacecraft used for military and emergency services communications.

“Trying to listen to your neighbours is not just unfriendly,” she said Sept. 7 at the CNES French space agency, in Toulouse, southern France. “It is an act of espionage.”

MBDA is particularly strong in laser weapons, Lefèvre said.  The missile maker is part of a consortium led by French laser specialist Cilas to conduct studies in a project, dubbed Tactical Advanced Laser Optical System (Talos), backed by the European Defense Agency.  Cilas is part of Ariane group, a joint venture between Airbus and Safran.

The Talos research project may lead to European forces armed with laser weapons by 2027, said Antoine Bouvier, the then MBDA chief executive, business daily Les Echos reported Feb. 19. The funding may be small but the work is significant, he added.

The British unit of MBDA has a strong track record in lasers, Lefèvre said, while the French unit has teamed with Alphanov, a laser technology center, to set up a test bench at Bordeaux, southwest France.

MBDA and Alphanov formally opened March 27 a “vulnerability test facility,” to fire adjustable laser power at various materials, the missile company said. The tests examine the best way to use lasers against threats such as aircraft, missiles, drones and warships.

MBDA is leading a British consortium to build a technology demonstrator for a laser  weapon, dubbed Dragonfire, for the UK forces. The partners include Leonardo and QinetiQ.

France has some ground to catch up, as China, Russia and the US have pursued lasers  and space military equipment for some time. Jamming satellite signals, burning out sensitive equipment, and using extendable arms to damage satellite equipment are among the weapons which could be used in space.

A laser weapon can be seen as part of the French bid to boost space military capability. The 2019-25 military budget law has earmarked €3.6 billion (US $4.1 billion) for satellites for reconnaissance and communications intercept, and ground-based radar for tracking satellites.

Meanwhile, Onera has won work to upgrade Graves, allowing the ground-based radar system to track smaller and a greater number of satellites. The research office will also add an optical system to allow visual identification of spacecraft detected and tracked by its radar.

Onera will showcase its research skills at the Paris air show, which opens June 17. Among its  exhibits will be a model of Dragon, a concept project for a “hybrid” electric and turbine-engine airliner, flying Mach 0.8 and carrying 150 passengers.

The research office secured 2018 business worth €236 million ($267 million), comprising  €105 million from government contracts and €126 million of work for companies and organizations, €1 million more in the latter in 2017.

That business flow was largely stable, with net profit of €2.6 million, helped by cost cutting, chairman Bruno Sainjon said in the 2018 annual report. Work for foreign clients, with a strong European presence, brought in €31 million, up from €24.1 million.

Onera secured €47 million of funding from the European Investment Bank to upgrade its wind tunnels, notably its large-scale, high-speed S1MA facility located in the Alps.