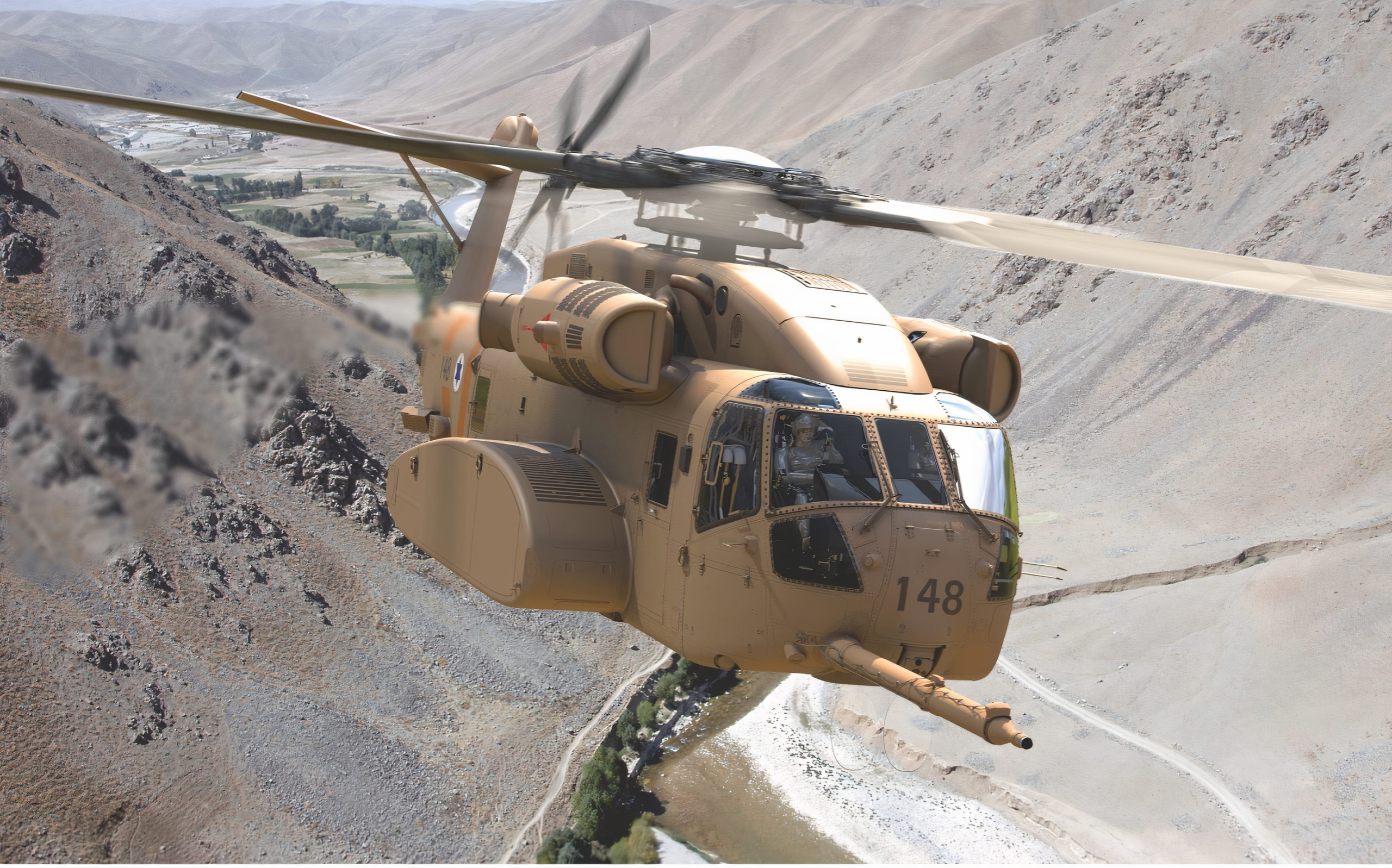 Recently, a formal announcement has been released with regard to Israeli acquisition of the new heavy lift helicopter, the CH-53K.

In the next piece, I will address what we have learned from current CH-53K operators about the aircraft and its capabilities which will be particularly important for the IDF in its evolving operational envelope.

In the third piece, I will then address how that operational envelope is changing along with the evolving strategic and tactical environment facing the IDF within which the CH-53K will both fit an drive change.

On January 4, 2022, NAVAIR announced the IDF signing the letter of acceptance to purchase the CH-53K.

The Israeli Air Force (IAF) has signed a Letter of Acceptance with the United States government to purchase the CH-53K King Stallion heavy lift helicopter on December 30.

“We’re happy the IAF recognizes the unrivaled capabilities and performance of the K and have chosen to move forward with us,” said Colonel Jack Perrin, Program Manager, heavy lift helicopter program office (PMA-261). “Welcome to the CH-53K family!”

The CH-53K is the most powerful helicopter ever built by the U.S. government and will replace the IAF current fleet of modified CH-53D Yasur helicopters, which have been flying for over 50 years.

The signed agreement states first deliveries of the aircraft are planned for 2025.  In addition to the aircraft, the agreement includes T408-GE-400 engines; facilities study, design and construction; spare and repair parts; support and test equipment; publications and technical documentation; aircrew and maintenance training; U.S. government and contractor engineering, technical and logistics support services; and other related elements of logistics and program support.

As the long-range logistic support backbone for the U.S. Marine Corps, the CH-53K will support Israeli special operations programs first, as well as provide the Israeli Defense Forces with a platform that has the speed, safety and gross weight capability to support all of its missions, including troop and cargo transport, and search and rescue.

The decision wraps up a multi-year negotiation process. In the end, the King Stallion offered more capabilities and the latest technology compared to the competition.  During this period, PMA-261 hosted multiple visits by IAF leadership as they compared aircraft, including orientation flights and flight evaluations with IAF pilots and acquisitions professionals.

On February 15, 2022, Lockheed Martin issued a press release which highlighted the IDF acquisition.

This production announcement is for the first four of 12 aircraft for Israel and is on the heels of a contract to produce nine more aircraft for the U.S. Marine Corps. The signed letter of offer and acceptance (LOA) between the U.S. Government and Israel states first deliveries of the baseline aircraft are planned for 2025.

The CH-53K helicopters will replace the Israeli Air Force (IAF) fleet of modified CH-53D Yasur helicopters, which have been in Israel’s inventory for over 50 years. The all-new CH-53K delivers modern state-of-the-art capabilities that result in improved survivability, safety, and reduced aircrew workload over its predecessor, making it the perfect fit for the demanding IAF mission. Also, with a reduction in support equipment footprint compared to the legacy fleet, the CH-53K will mean reduced operating costs.

“We are  building on decades of experience and partnership in supporting the CH-53E for the Marine Corps and the CH53D for the IAF. Sikorsky has a deep understanding of the world-wide heavy lift mission enabling our team and proven supply chain to offer tailored solutions resulting in more efficient missions , “ said Paul Lemmo, president, Sikorsky. “We are committed to provide training and sustainment support to ensure a smooth entry into service for the IAF.”

The aircraft will be manufactured at Sikorsky headquarters in Stratford, Connecticut, leveraging the company’s digital build and advanced technology production processes.

And the U.S. Department of Defense issued a contract announcement on February 15, 2022:

This modification exercises an option for the production and delivery of four low-rate initial production, Lot 6, CH-53K Heavy Lift aircraft, as well as associated aircraft programmatic and logistical support for the government of Israel.

Foreign Military Sales funds in the amount of $372,040,552 will be obligated at time of award, none of which will expire at the end of the current fiscal year. The Naval Air Systems Command, Patuxent River, Maryland, is the contracting activity.

And finally, Breaking Defense where I am on the board of contributors published a piece on February 16, 2022 from their Israeli corespondent which added some further details:

TEL AVIV: Lockheed Martin has officially announced it will produce a dozen CH-53K heavy-lift helicopters for Israel, choppers that sources here say will be augmented with high-tech Israeli-made systems.

The announcement, made Tuesday, comes after the Israeli government approved the deal in January for 12 helicopters for some $2.4 billion, though the Tuesday’s announcement only concerns the first four helos.

Lockheed said the choppers, made by subsidiary Sikorsky, will replace the Israeli Air Force fleet of CH-53D Yasur helicopters “which have been in Israel’s inventory for over 50 years.”

“The all-new CH-53K delivers modern state-of-the-art capabilities that result in improved survivability, safety, and reduced aircrew workload over its predecessor, making it the perfect fit for the demanding IAF mission,” Lockheed said in its announcement.

The initial delivery of the base helicopters is expected for 2025, but Israeli sources told Breaking Defense Israel plans to outfit the helos with their own systems, which could delay delivery by a year or so. Most of those systems are classified, but sources said one will be a version of the Elbit MUSIC system designed to protect against man-portable ground-to-air missiles.