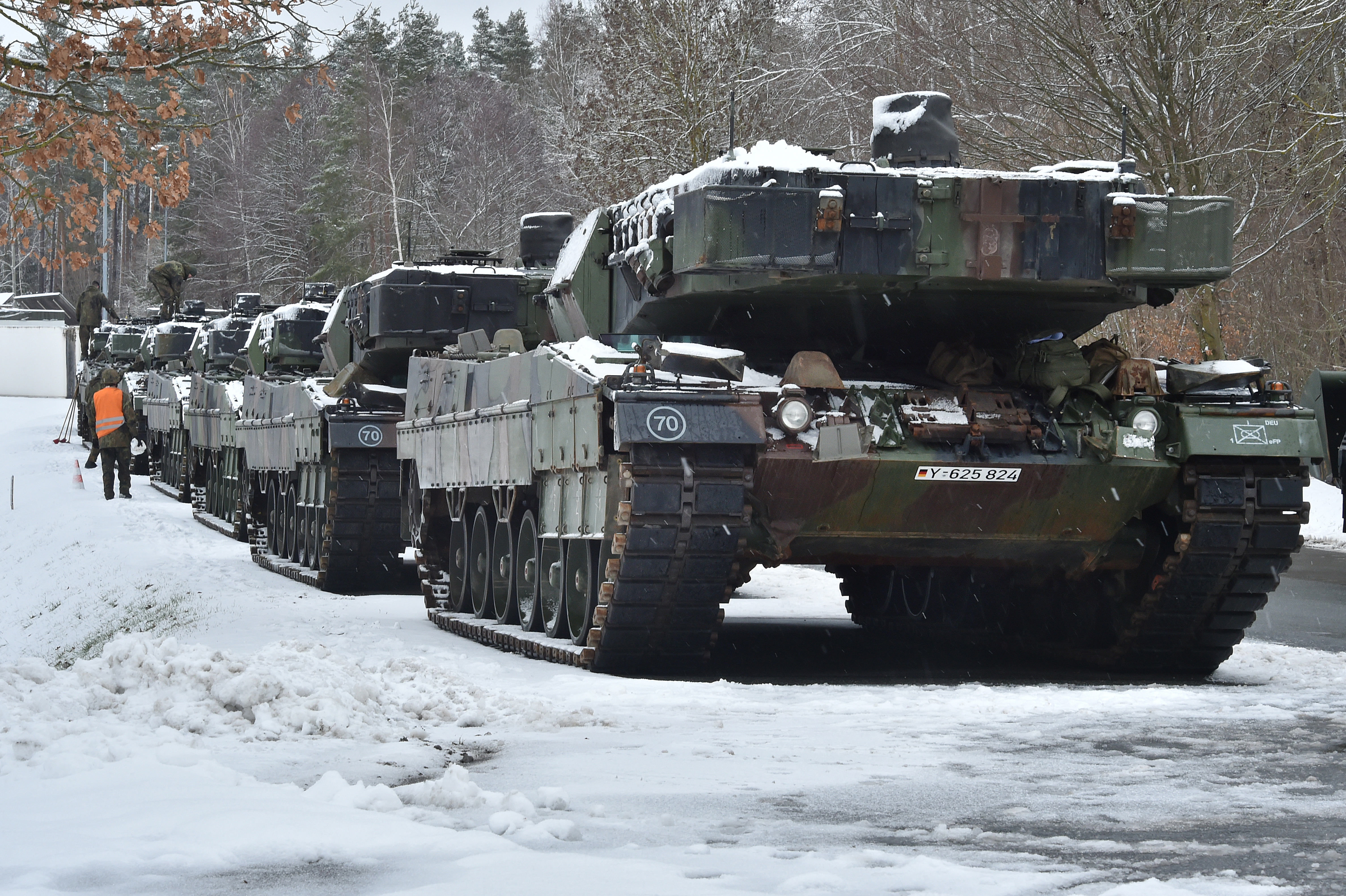 For several years now, I have been working on the question of the reemergence of direct defense in Europe and the nature of the Russian versus the Soviet strategy and challenge to Europe.

It is clear that we facing not the cold war, but something perhaps even more challenging.

Russia is part of a global trend of the rising power of authoritarian states and leaders who interactively work together to undercut individual liberal democratic states and their coalition working relationships and commitments.

For Germany, the largest and richest state in Europe, is at the center of any effective European defense.

But it no longer has the capable and effective territorial forces which worked closely with its NATO allies in providing a deterrent counterpart to the Soviet force on the other side of the inter-German border.

Until the mid-1990s, the Germans had such a force built upon Cold War foundations, one which had hardened bunkers, credible supply depots, air defense forces, armored and artillery forces.

These forces and this approach are largely gone today.

And the Germans like other NATO European states reduced defense spending as well as changing the force structure to lighter and more mobile forces to do crisis management – not against a peer competitor – and to participate in Middle Eastern counter-insurgency operations.

Leading the charge for this change was the United States and the last three Administrations.

With George W. Bush we got the Iraq invasion and the “if you break it you own it” doctrine which has led to the no end in sight stability operations strategy.

We saw the endless war in Afghanistan launched.

A key turning point was the firing the Secretary of the Air Force and the Chief of Staff of the USAF which marked a complete commitment by the leadership of the Department of Defense to COIN as the core threat.

And billions of dollars of investment in operations and COIN relevant forces followed.

Enter the Obama Administration and support for the “good war” also known as the endless one in Afghanistan followed along with pursuing the aspirations of a nuclear free world.

However, Putin seemed to miss the memo on the permanent European peace drafted in Brussels Washington, Paris, London and Berlin.

Putin and his exercise of what Secretary Kerry called a 19thcentury approach brought to a screeching halt the endless summer of peace and prosperity, although, unfortunately, this is not new in European history.

But of course, Putin has a 19thcentury approach, play powers off against each other in Europe, and pursues as a strategy splintering the European Union and NATO.

He was a good learner in the Euromissile period of the early 1980s and the playbook is already prepared.

After the Crimean seizure where Russia demonstrated an ability to move force rapidly, decisively and with clear political purpose, it was no longer possible to ignore direct defense nor ignore that challenge from peer competitors. With the Chinese building up combat forces and playing off of the Russian developments, it was difficult indeed to ignore reality.

But enter the Iran agreement and the reduction of the nuclear threat and a new hope was in play – we can extend Summer!

Russian sabre rattling in Europe about nuclear weapons and the emergence of the 2ndnuclear age, in the words of Paul Bracken have shredded these illusions.

NATO reshaped its plans for direct defense and Germany has done so for the Bundeswehr as well.

We will discuss those plans and German investments in later articles.

But for now the question is how will Germany contribute to credible deterrence in the short and mid-term, and not wait until the 2030 plans are matured?

As my colleague, Professor Holger Mey has put it: “I don’t think we have an agreement with Putin that nothing will happen until 2030 after we have repaired and built up our forces!”

I will focus in future articles on just what Germany might do to meet this challenge based in part on interviews and discussions this month in Germany with a number of retired Bundeswehr officers, journalists and strategists.

How will Germany pump money rapidly into the Bundeswehr to repair its severe readiness problems in a short period of time?

Rumsfeld always argued that you have to fight with the army you have, so how will the government take seriously the need to repair an increasingly hollow force?

NATO now has the longest border in its history.

Germany is no longer garrisoning the inner-German border, where are the forces that can project power rapidly to reinforce the Baltic states, the Poles and other NATO allies to the East?

Repairing the Army you have and preparing for serious engagement forward are the two most immediate tasks facing Germany.

During the Cold War Germans spent 4% on defense; where are they now?

Putin clearly has a divide and conquer strategy and if Germany is to counter this, then the Bundeswehr needs to be built for force mobility throughout Europe.

This will take significant defense investment delivering capabilities in the midterm; it is not about the long term or an FCAS in 2040.

Preparing for the long-term is important but there needs to be a sense of urgency or there won’t be a long-term or at least one that supports the “European” values one hears so much about in Germany.

To take an example, in the recent Trident Juncture 2018 exercise, Germany committed 8500 of the 50, 000 troops in the exercise, which is a clear declaration of intent.

But to do so, the entire Bundeswehr had to be cannibalized and one clearly could ask how sustainable any such German engagement could be in a real conflict?

And then we need turn to the core question of the nuclear dimension of deterrence.

Is Germany going to play a central or a bystander role?

For example, the Tornado replacement issue is really not about an airplane; it is about whether Germany continues to participate in the NATO nuclear mission.

I discussed this considerably during this trip and will return to this question in future articles.

The issues are clearly much broader than Germany, and as the Trump Administration identifies the non-compliance of the Russians with the INF treaty as a good reason to withdraw from it, this is only a prologue to what needs to be a serious US and NATO rethinking about what kind of nuclear element is necessary for 21stcentury direct defense and deterrence.

Having spent much of the late 1970s and 1980s dealing with European nuclear questions in the US and in Europe, including working on the role of British and French weapons, we will certainly focus on this question seriously in the weeks to come.

Put bluntly, the future of German defense is central to what kind of approach the allies and the United States will take with regard to the direct defense of Europe.

Will the US work with those states who are serious about direct defense such as the Nordics and do work arounds for those states have little DEMONSTRATED deployment of real capabilities, or will defense planning simply project good ideas for NATO but without the capabilities?

Ironically, Germany is at the center of future US and NATO nuclear decisions.

If Germany is a void in defense terms at the center of Europe, Putin will need to face a more rapid and deep US projection of power for those states who are willing to confront them.

That almost certainly will include a more flexible nuclear component.