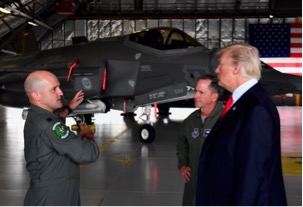 USAF Chief of Staff General David Goldfein  reflecting on the success of the F-35 at a recent USAF “Red Flag” exercise  gave both the Peoples Liberation ArmyAir Force and the Russian’s  what we as fighter pilots call a “face shot.”

Red flag is a brilliant exercise in which many combat aircraft flying from Nellis AFB  engage to simulate real combat scenarios within a well-designed and instrumented extremely stressful air combat environment.

A “Face Shot” is slamming a missile right into the face, head on, of your enemy.

The U.S. Air Force put the F-35 up against “the most advanced weapons systems out there” during the recent Red Flag air combat exercise, and the fight-generation stealth fighters apparently dominated — so much so that even the rookie pilots were crushing it.

The F-35A is “exceeding our expectations when it comes to not only being able to survive, but to prosecute targets,” Air Force Chief of Staff Gen. Dave Goldfein said Tuesday, according to Air Force Times.

The Russian Embassy in the US took aim at America’s F-35 stealth fighters on Friday in a threatening message apparently tweeted in response to an earlier speech by the chief of staff of the US Air Force.

“‘If a Russia… ever was to see an F-35 inside its airspace’, we would love to send Chief of Staff of the [US Air Force] Gen. David L. Goldfein ‘message with two words’ — ‘remember Vietnam,'” the tweet read, adding, “‘An F-35 will never be alone.”

Ok “Ivan’-let’s remember Vietnam and now the fight is on!

A historical take away from the cold/hot war air battles with the US Air Forces against the USSR is that in the air-to-air mission a country that equips its fighters with airborne radar and sensors allows more autonomous action and actually favors tactical simplicity and operational autonomy—even though the equipment becomes more complex.

In air-to-ground, airborne simplicity indicators are usually smaller formations and allowance to maneuver independently into weapon launch envelopes primarily in a weapons-free environment. Embedding technology into the weapon itself –bombs and rocket fired weapons– has also made a revolutionary difference.

A key conclusion is always assume a reactive enemy can develop the necessary technology to try and mitigate any advantages. With the world wide proliferation of weapons even a second or third world nation might have state-of-the art systems. The air war over the skies of Vietnam was between two peer competitors because of USSR support and constraints by the US national command authority on how the US would fight an air campaign.

The peer fight in the air abruptly ended when President Nixon unleashed the full power of US air in the famous Christmas bombing of 1972. The war ended quickly after that. When the North invaded the South in 1975 US air power was not used like the first invasion in1972, which was a dismal failure.

The lesson on the US-USSR rivalry is that air combat leaders must be able to adjust during the course of an air battle or war by changing strategy and tactics, to achieve exploitation of the enemy’s mistakes or weakness.

Aircrews must be adaptable enough to follow changing commands from leadership and also, on their own initiative, to change tactics to achieve local surprise and exploitation. Like the quote in Animal House: “knowledge is good.” In the cockpit it can be a life saver and aid in mission accomplished.

An air-to-air engagement totally slaved to a ground controlled radar attack, the USSR model was a colossal failure and deadly to a lot of pilots locked into such a system. A bottom-up approach with evolving aircraft system capabilities in a competitive airframe makes for adaptive, creative aircrews that will have a large repertoire of tactical moves and a better chance of getting inside an opponent’s OODA loop. This is true for both air-to-air and air-to-ground combat missions.

As the history of war in the air shows it was a constantly evolving process of human factors integrated into technology. The Cold War ended well for humanity and a lot of courageous pilots, bold leaders, and smart technologists deserve a lot of credit for this great victory.

General Goldfein USAF Chief of Staff well remembered the lessons learned when he mentioned the awesome capabilities of the F-35.

All US airpower combat pilots  along the way will always recognizes and honor the loss of very good men and women in the air who paid in their blood for America today to have the best technology available flown by best Air Force, Navy, and Marine aviators this country can produce.

The future for American Airpower is to shape its concepts of operations in order to take advantage of the 5th generation aircraft and the associated new tools of combat.

The recent Red Flag reporting results complementing the F-35 is telling us that the future is now while  apparently truly getting the Russian attention.

It is difficult to deliver “anti-access and area denial” if you can’t.

The Russians should always remember that poking Uncle Sam is not the best of ideas.

And to these lusty singers in the choir in St. Petersburg who taunted the United States recently, a word of warning: “We shoot back!”

A choir in St. Petersburg has sparked controversy with a performance of a Soviet-era satirical song about a nuclear submarine attack on the United States.

The St. Petersburg Concert Choir sang the 1980 song in St. Isaac’s Cathedral during a concert celebrating Defender of the Fatherland Day, a holiday that honors Russia’s armed services every Feb. 23.

The lyrics translate in part: “On a nuclear-powered submarine, with a dozen bombs just under 100 megatons, I crossed the Atlantic and called up the gunner: ‘Point, Petrov, toward Washington, D.C.,’ I say.”

“Forgive us, America, good old America, but it was a shame you were discovered 500 years ago,” the choir continued.

The St. Petersburg Concert Choir disabled the comment option on its social media page after being flooded with indignation, The Associated Press reported.

On Tuesday, the choir dismissed the criticism as “repulsive” and defended its performance as true to the original.

“We don’t rewrite the lyrics for the sake of political correctness or other state of affairs,” it saidin a statement.

The video appeared around the same time that Russian state television identified several U.S. military facilities that Russia could target in the event of a nuclear war.

“To be honest, they shouldn’t have sung it in St. Isaac’s Cathedral,” Andrei Kozlovsky, the author of the song, was cited as saying by the Fontanka news website.

“Nothing good will come of it,” he added.

Not sure, but we believe a four ship formation over St. Petersburg was recording the concert. 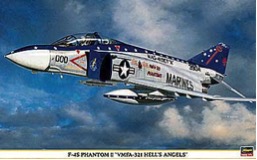