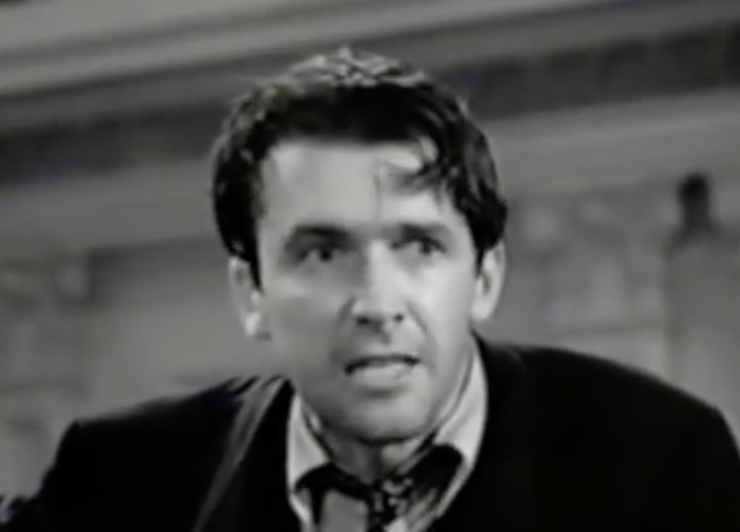 The astonishing drama that played out on the floor of the House of Representatives on July 12, 2019, was the reverse of the iconic Frank Capra movie, Mr. Smith Goes to Washington.  In this case, Adam Smith (D-WA), Chairman of the House Armed Services Committee, essentially mandated the inclusion of SpaceX in the Air Force’s National Security Space Launch (NSSL) Phase 2, from which the company had been dropped due to its failure to meet Air Force requirements.

Over the opposition of the Air Force, this SpaceX earmark was added to the 2020 National Defense Authorization Act (NDAA) and passed by Democrats without a single Republican vote.  In effect, Chairman Smith, who is the second-largest recipient of campaign dollars from SpaceX’s PACs, imposed a $500 million earmark favoring SpaceX over its competition that some have called the “SpaceX earmark,”

In past years, the passage of the NDAA has mainly been bipartisan, as Congressional appropriators generally agree that politicization of national defense weakens U.S. security.  The NSSL program has been particularly above reproach since the program’s goal is to increase competition while weaning America from its decades-old reliance on Russian-made rocket engines. The Air Force has further insisted that the program remains on schedule, which may now be jeopardized by the SpaceX earmark.

Started in 1994 as the Evolved Expendable Launch Vehicles (EELV), this Air Force program was intended to make government space launches more affordable and reliable. Renamed as the NSSL, EELV has evolved into a launch service for the nation’s most valuable military satellites.  The Air Force’s exacting requirements and an accelerated program schedule are not the only concerns to be tackled by the commercial contractors.  The launch rockets must secure America’s space-power superiority for the 21st century and beyond. Moreover, the 2017 National Defense Authorization Act required the Air Force to phase out by 2022 its use of Russian-built RD-180 engines in launch rockets.

In October 2018, the Air Force selected three contractors: Northrop Grumman, United Launch Alliance (a Boeing-Lockheed Martin Joint Venture), and Blue Origin. These aerospace firms shared the $2.3 billion in funding for development of next-generation rockets and infrastructure.  SpaceX was not selected, having written a contract launch bid that founder Elon Musk himself called a “poor proposal” that “missed the mark.” Still, SpaceX remained eligible to compete for a share of the Phase 2 launch contract if it developed qualifying rockets at its own expense.

The Final Request for Proposal (RFP) was scheduled for March 29, 2019. But the proposal was put on hold in response to a March 28 letter from Chairman Smith to Air Force Secretary Wilson urging delay until his concerns were addressed.  Chairman Smith’s concern was that the Air Force should “reconsider” its decision to limit to two providers for Phase 2 and add a third to ensure “competitive fairness.” He argued that “companies who are able to compete for Phase 2 should be in an equal playing field with regard to taxpayer investments to meet national security-specific requirements.”

The dispute became explosive during the June 2019 mark-up of the NDAA by the House Armed Services Committee. Against the objections of his Committee Colleagues, senior Air Force representatives, and the International Union of Machinists, Chairman Smith managed to add his SpaceX earmark as an en bloc amendment to the NDAA. The $500 million provision for SpaceX will be a carve-out from existing funding with no new appropriation.

The stated purpose of the SpaceX earmark is to allocate funds to particular companies that failed to receive contracts in the NSSL’s first phase but are awarded contracts in the second.  But SpaceX is the only company likely to meet those qualifications, meaning that the $500 million check will be theirs alone to cash. In essence, the earmark awards SpaceX the funds that it failed to win competitively.

The Air Force has reiterated its objections to increasing the number of Phase 2 launch providers.  They assert that this puts the launch missions at risk because of the increased time and cost commitments needed to integrate new providers to the military satellite systems.  Indeed, two launch providers can maintain a competitive marketplace since there is only enough work to keep two providers afloat. The Air Force’s two provider solution allows the program to retain its competitive edge while maintaining its manageability. As the Air Force has warned, reopening the NSSL to more competition adds far too many variables to control, increasing the risk of delay and failure as a result.

For Phase 3, the Air Force plans to reopen the Launch Service Agreement competition starting in 2025, once again allowing companies like SpaceX to participate.  According to the Air Force, if the market can keep companies such as SpaceX afloat until 2025, then new contracts will be awarded without taxpayers having to subsidize the industry.

The SpaceX earmark drama continues. The Senate version of the NDAA calls for Phase 2 to stay on schedule and with only two launch providers. The SpaceX earmark will become law only if it survives the reconciliation of the two versions of the bill in the Senate-House Conference. For the sake of America’s national security, let’s hope it doesn’t.

Sue Ghosh Stricklett is an attorney (Member of the D.C. Bar) specializing in national security law.  She is a widely published freelance author on topical issues concerning U.S. defense and foreign affairs.

This article was first published by Real Clear Defense on July 27, 2019.