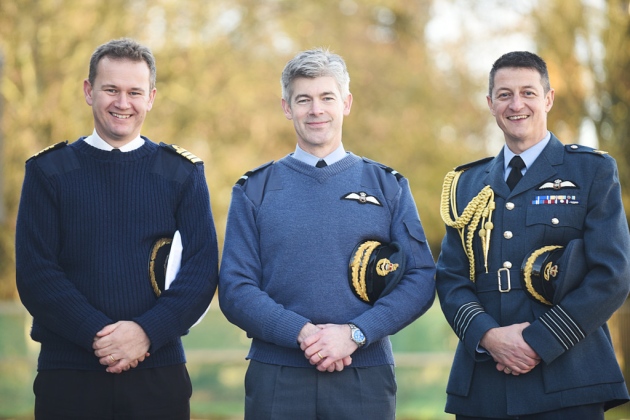 We have written several pieces over the past two years on the key question of what happens when Brexit finally happens with regard to UK defense and security cooperation with European Union nations.

It is a question of both the relationship to the EU itself, as well as key individual nations.

In an excellent report released by Open Europe issued in September 2019, this key subject was addressed comprehensively.

According to the think tank: “Open Europe is a non-partisan and independent policy think tank. Our mission is to conduct rigorous analysis and produce recommendations on which to base the UK’s new relationship with the EU and its trading relationships with the rest of the world. We aim to ensure that Government policy and public debate is rational and well informed.”

The summary provided in the report provides an overview to the report:

Any form of Brexit brings a number of questions about future security and defence cooperation that London, Brussels and EU27 capitals have largely failed to address until now.

A revised version of the Brexit deal remains a possibility given Prime Minister Boris Johnson’s commitment to leave the EU by 31 October. If a Withdrawal Agreement (WA) is ratified, the UK would continue participating in police and law enforcement cooperation measures until the end of a transition period, during which negotiations over successor arrangements for the future would take place.

There is a strong logic for both sides in maintaining high degrees of operational capacity but new arrangements will need to be found that reflect the UK’s independent status outside the EU. The non-binding Political Declaration (PD) on future relations does not provide much clarity on what exactly will be negotiated, although there are many known factors, for instance the fact that some EU databases cannot currently be accessed by non-Schengen countries.

There have been concerns raised about the foreign policy and defence obligations of the UK under the WA and PD. The new Government is seeking to address these concerns with additional language emphasising the UK’s sovereign independence after Brexit. Under the current WA, the UK would be bound by the EU’s foreign and defence policy decisions during the transition period, without having a formal decision-making role, but it could refuse to apply them if it judges that they go against its national interests.

The deal agreed by Theresa May’s Government does not legally oblige the UK to follow EU policies or to seek a close future partnership that would bind the UK to EU decisions. However, as noted in chapter 2, the PD sets out a variety of frameworks for future UK-EU cooperation.

The EU appears keen to benefit from UK assets in EU-led missions. It is unclear why the UK would be attracted by such a subordinate role and therefore how this would lead to meaningful cooperation.

The UK is likely to prefer the flexibility of bilateral relationships in cooperation but outside formal EU structures, where it could guarantee that its role in decision-making would be commensurate to its ability to contribute significantly in this sphere.

The implications of a No Deal Brexit

As things stand, a No Deal Brexit scenario is also a possible outcome, notwithstanding Parliament’s intervention and the possibility of a further extension to the Article 50 deadline.

In a No Deal outcome, there will be different practical implications in different areas. This scenario will have more significant practical effects in the sphere of policing and judicial cooperation, where EU measures have created a high level of cooperation between law enforcement authorities based on EU legal acts.

In traditional defence and foreign policy issues, the formal impact will be minimal. Cooperation within NATO (the UK’s preferred defence framework) as well as bilateral intelligence sharing used, for instance, for counter-terrorism operations, would not be directly affected by Brexit, as these operations are conducted largely outside of EU frameworks.

Any form of Brexit nevertheless raises questions for both the UK and the EU. The UK’s withdrawal is happening at a moment of geopolitical change in the global environment, and so it is all the more important to consider the impact of the UK’s withdrawal for the future of European geopolitics.

Following the Brexit vote, and potentially partly in response to it, the EU appears to be embarking on a course of greater integration in foreign policy. The briefing does not go into detail about the ways the UK could structure its foreign relations with non-EU actors or the concept of ‘Global Britain’. However, it suggests that post-Brexit, London will need to re-assess the ways and means of achieving its foreign policy objectives, both on the European continent and in the world.

Acknowledging that the impacts of Brexit for security are wide-ranging, the briefing begins by looking at the formal implications of the UK withdrawing from EU internal security measures. It then moves on to the bigger picture questions concerning sanctions, space programmes, overseas development, cooperation on migration, and defence capabilities.


The photo highlights the RAF Marham team seen in 2018.

The F-35 European allies will clearly work together.