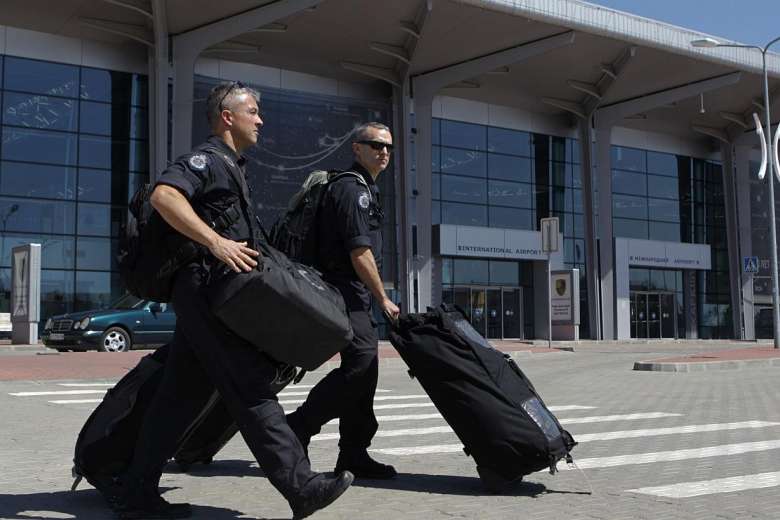 Over the past 20 years the ADF has participated in numerous combat operations, gained insights, and improved their lethality and made significant improvement in their TTPs.

However, the vast majority of these operations have occurred where Australia, and it’s allies, have experienced unchallenged air and maritime superiority and, as a result, is unable

These defence operations have simply not prepared the Australian Defence organisation, our government or our society (or that of our US ally) to live and operate in an environment with a high technology ‘peer competitor’ to the US – notably the Russian or the Chinese states – who are prepared to use their power assertively in ways we are not.

The single example I have experienced that is the exception was, oddly, an Australian Federal Police led mission – the MH-17 deployment into Ukraine.

Luckily, these Russian and Russian-backed insurgency forces, and their Ukrainian counterparts, were not focused on the Australian deployment, but the Australians had to operate in this threat environment.

The best description I have is to say it felt like the one time I paddled my kayak over the middle of Sydney Harbour on a busy weekend.  It was like being a rabbit blindfolded, hopping across an 8-lane superhighway.

If you make it over, it’s much more luck than skill.

If Australia deployed the current or even the future DWP 2016 force into this environment to engage in combat, we would experience ‘the return of combat losses’more like the offensives in World War Two than anything in the last twenty years.  And, in a small high technology force with small numbers of complex manned platforms, this means losing – because such losses will not be able to be replaced in a timeframe relevant to the conflict.1

This pervasive threat creates some huge differences in the environment for future operations:

And, even more disturbingly, future 5th Generation combat deployments won’t just be ‘away’ games: future ADF deployments against high technology strategic forces like Russia’s or the PLA will involve experiencing and protecting against ‘home environment’ vulnerabilities and attacks – cyber, information operations and perhaps even kinetic attack.

Our entire military, from tactical units on the front line to supply convoys to headquarters in a rear area are extremely vulnerable to ISR, EMS, and hypersonic weapons.

Over the past 20 years our military has learned great lessons about fighting an insurgency, but has failed to keep up with advances in peer/near peer competitors and protect its most vulnerable units and nodes.

Unlike Iraq, Syria and Afghanistan, this creates enormous challenges to and requires shifts in force design.

The last 25 years of moving to greater and greater integration needs to shift to disaggregation and dispersal with light ‘commander’s intent’.

‘The network’ with ubiquitous situational awareness and reach back to national and strategic level entities, data, intelligence and analysis needs to morph to a deliberately fragmented, dispersed ‘peripatetically-connected’ set of systems and networks.

Information and intelligence need to be cached and dispersed versus centralised and accessed, as do logistics.

Governments, from the prime minister down, and Defence leaders from the Secretary and CDF down need to rediscover delegation and lower level autonomy.

The age of the empowered ‘strategic corporal’ needs to arrive.

This will be very uncomfortable, as it is the diametric opposite to the centralisation of decision making our institutions have desired and developed in the internet age.

Force design is hugely challenged here – the shift from ‘projects’ to ‘programs’ has not really begun and now, before Defence gets there, it needs to realize that the architecture creating an ‘integrated force’ needs to change.  Capability requirements and project dependencies need to change: each platform and system needs a level of self-sufficiency that ‘the networked force’ assumed was available from other force elements or from the strategic or national level.

Data collection continues to need to be guided by the cliché ‘every person and every platform a collector’, but now, collection is not enough: every platform and system will need its own level of analysis and decision-making based on that collection and the data caches it carries.

It’s not just me saying this.  This is what the US Army’s Multi Domain Operations2 and the US Marine Corps Commandant’s Planning Guidance 3 both seem to envisage.

It’s also what US Secretary of Defense Mark Esper is talking about when he says the US INDOPACOM footprint needs to be more diffused and dispersed, with a particular need to use the post-INF world to place medium and long-range missile systems in locations across the region.4

The transitory, small 5th Generation bubble of force projection and force protection provided by platforms like the F-35, P-8s and Growlers are extremely valuable, but the bulk of the ADF, Defence organisation, defence industry and ‘national support base’ do not have these advantages and are vulnerable to the cyber, kinetic and information domain attacks that can disable and confuse the deployed force and its decision makers.

The problem is not encrypting or securing SATCOM between nodes and platforms, it’s being able to operate without such nodes and connections.

This requires a force design approach that can unite and disaggregate easily.

On this dispersal and disaggregation, I think Orwell’s Animal Farm has a useful principle: “Some animals are more equal than others.”

Some platforms and people will be able to be – and need to be – ‘super users’ of data and analytic tools and skills. These will be the deployed ‘disaggregated brains’ of the forming and reforming temporary networks force design needs to create.

A super user may turn out to be a Wedgetail or P-8, which has a critical mass of sensors, people and processing hardware to cache large data sets and turn them into decisions and operational activities.

But these large, vulnerable nodes won’t be sufficient operational ‘super users’, because they won’t be connected enough to at risk deployed people and systems deeper in the threat environment.

So, platforms like Growler and the F-35, which are ‘super collectors’ already, must become sup users, who carry wider data sets and who are enabled by more powerful artificial intelligence and processing than currently imagined, and who can themselves act on the results in ways probably not authorised now.

And autonomous systems need to be in this chain at higher or lower levels depending on their role.

Maybe some are data and data analytic trucks who can connect to other force elements but be lost and replaced.

I hate the term, but a very different ‘data and communications architecture’ and ‘command and control architecture’ is needed in this world.

You have probably guessed what the existing technology is: the new 5G telecommunications technology that is at the heart of strategic and economic competition between the US and Xi’s China.

The technology where the Chinese tech world has two solutions and the US has none.

Yes, 5G is a civil commercial technology and in the civilian world it will have a large amount of fixed infrastructure.  Yes, it is jammable and disruptable. So, it’s not just a simple dual use technology. But with encryption and hardening, it just might work.

I’ll try to end with a summary of what I’ve set out.

Australia now has a limited set of 5th Generation capabilities that are hugely capable and impressive.  The broader environment in which they and the rest of the Defence organisation will operate is different in stark, dangerous ways to recent decades of operations.

Using 5th Generation capabilities in this environment requires a large shift in force design (and concepts, then force structure, enablers, and posture) that reverses much of the decades long ‘arc of integration’.

A disaggregated, diffused and dispersed force with cached data and embedded analytic and decision support capabilities is needed to succeed – and survive – in the environment.

This involves a very different command and control approach to Australian operations today, with much greater licencing of autonomy through delegation from the prime minister down to the smallest tactical elements.

But force design that enables successful 5th Generation manoeuvre must also take account of new vulnerabilities and threats to our home institutions, and industry – and that’s different to the last twenty years too.

A defining force design implication involves a data and communications architecture that is designed around disaggregation, dispersal and caching data and analytics, as well as dispersing and caching many “FIC” elements, notably intelligence and logistics.

There’s analogy here for this architecture and way of operating in the emerging 5G telecommunications technology.

While that’s great, it shows again the challenge, because the Chinese state, the potential strategic and technological adversary of our US ally, has end-to-end 5G technology and is determined to optimise PLA capability by a tight fusion between Chinese national tech champions like Huawei and the PLA.

But we also know our US ally is approaching the challenge with Multi Domain Operations, Marine Corps work and with supporting conceptual and force design work underway.

The featured photo shows members of the Australian police mission walking in front of the main terminal after arriving at Kharkiv airport, before proceeding to the crash site of Malaysia Airlines Flight MH17 on July 26, 2014.

The point about the engagement in the 2014 killing of civilian passengers is that the ADF like its allies will need to respond across the spectrum of crisis and even in the instance of a low-end engagement, it could well operate in conditions which are not.

For the recently published report on the Williams Foundation Seminar on 5th generation manoeuvre requirements, see the following: