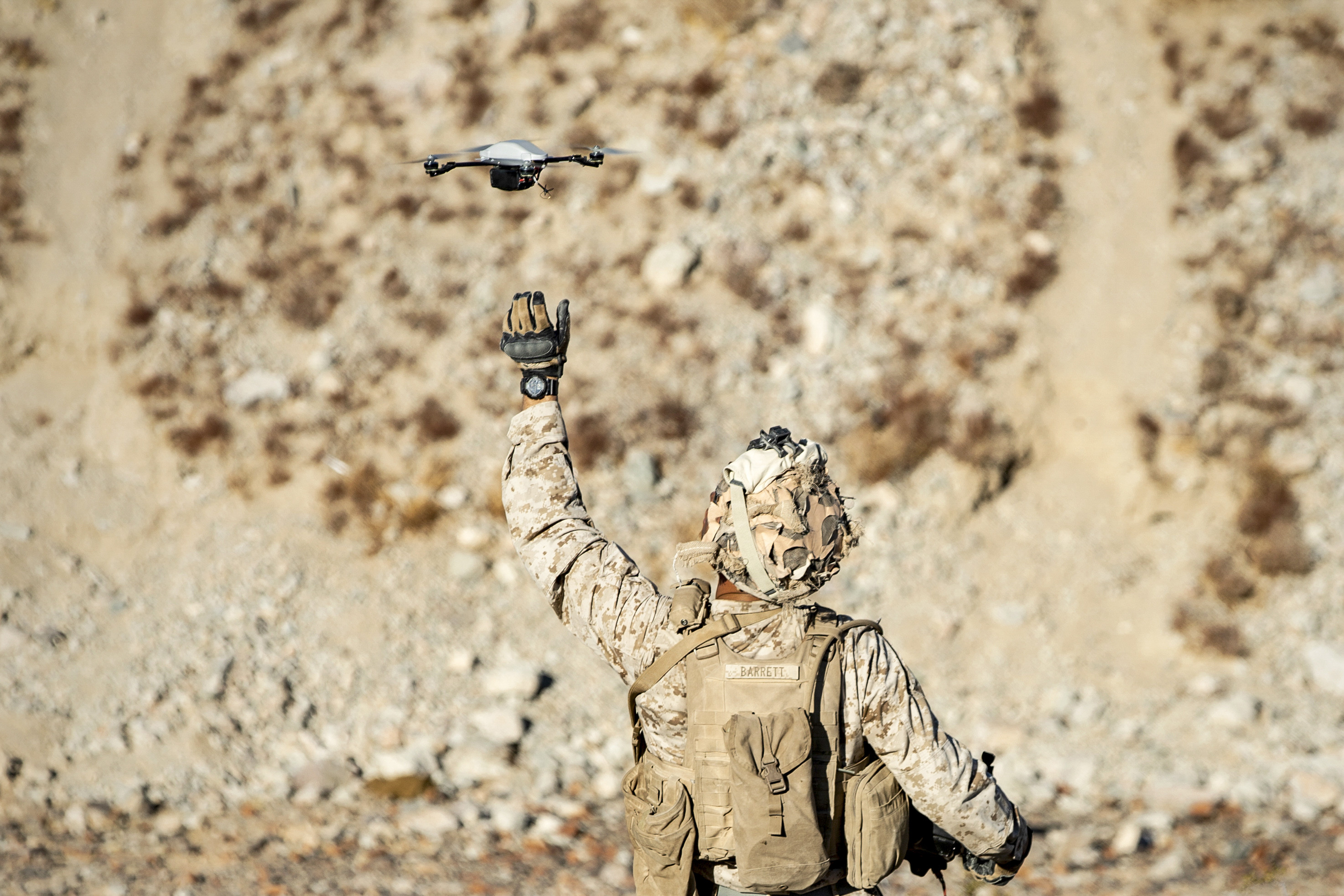 In an industry where gaining advantage can be the difference between mission success and failure, standing still has never been an option for military organizations and defense in-service support providers, and least of all during the next 12 months.

Because from an asset and equipment perspective, military organizations have found themselves at an interesting crossroads: Budgets have to be balanced between keeping older, but still vital, assets in service and the attraction of shiny new investment in next-generation equipment; but this is set against a backdrop of a real shortage of personnel, particularly from a maintenance engineering standpoint.

As a result, the spotlight will fall directly on to military logistics and supply chain technology as an enabler to deal with these issues in 2020.

Here are my three tech frontrunners for 2020 and beyond.

As I put these together I realized that each development linked to the next in a positive way, to help defense forces look to straddle both the past and present to maintain force readiness—a phrase we have heard a lot about in 2019, sometimes in a negative sense. Here is how they can turn the tables in the battle for readiness in 2020.

AI gets embedded for predictive maintenance for military aircraft systems

Artificial Intelligence (AI) is rapidly maturing to help improve the readiness of military equipment. Over the course of the last year all of the U.S. military services have launched predictive maintenance projects to shrink the readiness gap. At the same time some of the latest military assets in design are allowing for a whole new approach to through-life equipment support.

With the F-35 rolling off production lines it’s natural that the industry will start to turn its attention to the sixth generation of fighter aircraft—the F-35 is only the beginning for high-tech stealth fighters. It’s sustained by the Autonomic Logistics Information System (ALIS)— the most advanced sustainment solution of its kind, which turns data from many sources into actionable information.

At the recent IFS World Conference, it was interesting to hear Lockheed Martin discuss the role of technology in the sustainment of advanced military platforms—in particular the length of time associated with the design of a ‘next generation military asset. In fact, IFS was involved in supporting the ALIS system as far back as 1999!

“If we were to do it all again, we would probably do something different, just like anything we’re talking about and building today. If you were to roll the clock forward 15 years from now, it will be like, ‘why were they building those things like that?’ It doesn’t make any sense,” explained Mark Adams, Logistics and Technology Development, Lockheed Martin, in his IFS World conference breakout session.

For the aircraft being developed into the new decade, it will be AI which will take center stage in sustainment software, from aircraft design, right through to manufacture and maintenance. Witness the British-led Tempest and the Franco-German-Spanish Future Combat Air System—AI is set to have a huge role in how those aircraft operate from both a maintenance and repair standpoint, but also operationally.

And it’s fair to say AI is already coming to the fore to actually operate military equipment. Many predictions last year centered around unmanned equipment, but the advancement a year on is the potential of grouping AI-controlled UAVs together to provide a Swarm—a development that is incredibly difficult to defend against from a military perspective.

We’ve seen the U.S. military test simple Perdix drones dropped from F/A18 jets in the past, but the intention is that pilots will soon be able to leverage AI in the cockpit to control a small group of advanced drones flying nearby the aircraft to perform sensing, reconnaissance and targeting functions. This takes control away from the ground, where drone operations are currently co-ordinated and puts it in the hands of the warfighter themselves. Such prototype projects have been revealed this year, including the U.S. Air Force XQ-58A Valkyrie ‘Sidekick’ drone and Boeing Australia unveiling its own ‘Loyal Wingman’.

The key benefits of this new age of warfare are of course tactical, most air defenses are ill-prepared to deal with an aerial swarm, but simpler unmanned equipment can also be manufactured and maintained far more cost effectively—reducing the logistics footprint of an aerial squadron and putting less servicemen at risk.

The future of the battlefield is electric

It’s in the area of logistics footprint that I also expect to see further developments, maybe further away from the frontline of operations, but with similar benefits of removing servicemen from harm’s way. One of the most influential changes to keep an eye out for is battlefield electrification—a development hot on the agenda when I attended DSEI at the latter end of 2019.

The battlefield has been relatively immune to the wave of electrification hitting the civilian world, from cars to homes and public transport. However, this is about to change, and will be about so much more than simply ‘green energy initiatives’, we are talking about delivering strategic benefits by introducing new ways to power military operations. In the long-term we may see full electrification of military vehicles – witness the U.S. Army’s project to produce two prototype electric tanks by 2022 – but in the near term it will be electrification of secondary support which will hit the battlefield first.

Fossil fuels come at a significant cost to military forces in terms of logistics support—witness the high number of supply casualties experienced in the fuel convoys of the Afghanistan War. Consider that forward operating bases consume vast volumes of electricity, often 1000s of kWh a day. This demand is currently met almost entirely by generators fuelled with diesel, which brings forward the supply chain concerns around efficiency and safety.

Reducing the number of fossil-powered generators and replacing them with renewable alternatives such a solar and wind power vastly reduces the logistics footprint of a forward operating base—keeping forces lean, minimizing attack vulnerability and ultimately reducing supply chain casualties.

Forewarned is forearmed in 2020

The coming year and beyond will involve developments on two fronts. On one hand the challenge will be supporting and prolonging the life of assets currently in service—the average service life of USAF aircraft is currently over 20 years. On the other hand, new plans need to be put in place to support the assets of the future.

Of course, adapting to changing requirements and finding new ways to prolong asset life requires inherent organizational flexibility, something defense organizations typically struggle with—right down to the software they use to manage operations and equipment. As technologies which have previously seemed like buzzwords such as AI and UAVs begin to prove themselves operationally, those who prepare now can set themselves up for a strong decade.

Graham Grose is responsible for supporting all IFS business development within the A&D industry, together with associated industry marketing and overall product direction.

Graham has specialized in the supply of Logistics IS tools in a variety of senior appointments within Sema, BAeSEMA, BAe, BAE Systems and IFS since leaving the RAF in 1991, where he was a Supply Officer serving in a variety of operational and IS appointments.

Graham is a supply chain specialist and business analyst and is also a Fellow of the Institute of Management Accountants and a Member of the Chartered Institute of Purchasing and Supply.