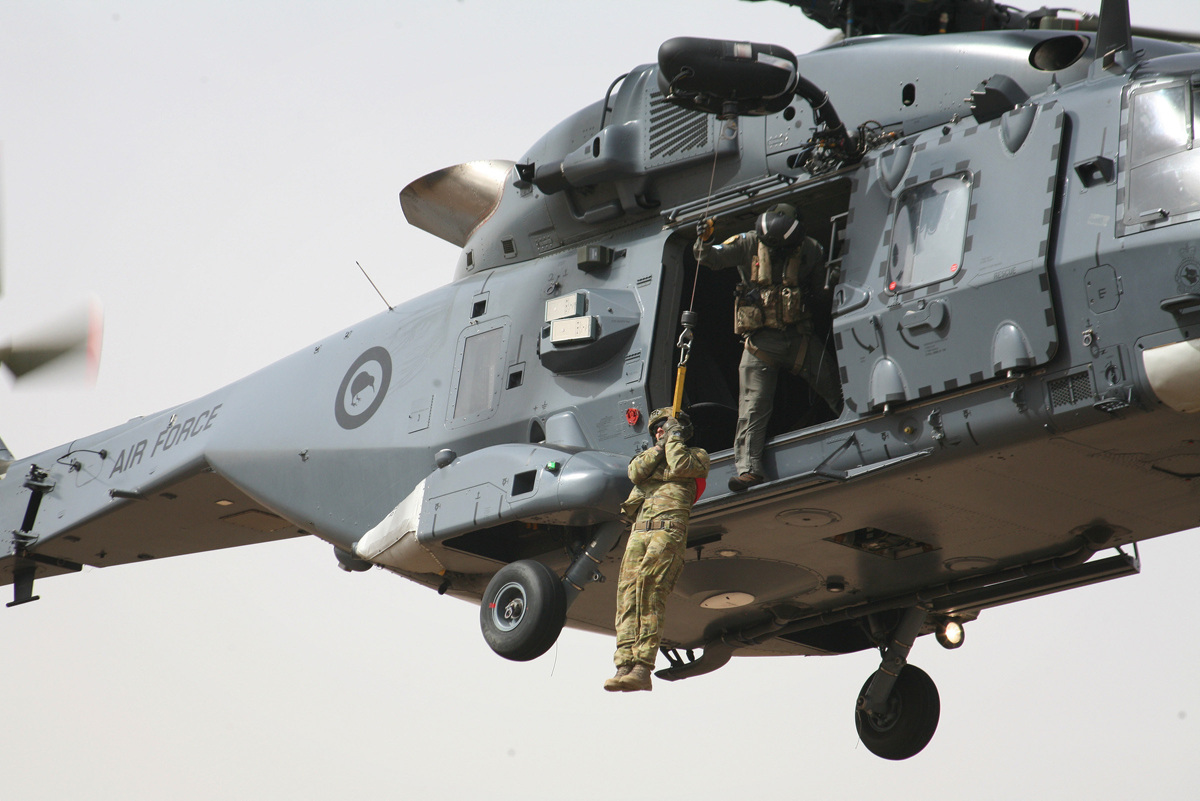 The ever changing face of the modern battlespace dictates that no defence force anywhere can possibly be prepared for all scenarios they might face on the battlefield.

The modern enemy adapts quickly to emerging technology and tactics, and if we are to remain inside their OODA loop and retain battlefield superiority, we must also be able to adapt and react quickly.

A big part of this agility for a modern Defence Force is its ability to assess issues and develop solutions in quick time, usually requiring Defence to procure capability enhancing materiel and get it in the hands of the warfighters ASAP.

For the ADF, in reality this is done very well in some cases and very poorly in others.

This article takes a look at the different types of ADF procurement, some examples of where this has been done well and not so well in meeting the immediate need of the warfighter, who does this the best in the ADF and some things that need to change in order for capability enhancement through materiel procurement to be done efficiently and effectively across the board.

We can divide for purposes of analyst procurement into two categories upon which a different level of rigour, scrutiny and regulatory/procedural bureaucracy is applied – Simple and Complex.

These titles suggest that they would be determined by a set of criteria that established how easy or difficult it would be to ensure that the forces were getting what you needed.

For example, an FMS procurement of a product like a tank, APC, helicopter, etc. vs. a new platform being designed by an OEM to your specification are different animals.  In the first instance, you are getting an agreed product off the shelf (sounds simple enough) vs. procurement of a complex system with various design, build and verification gateways all overseen by an ADF project team.

This however, is not how the Commonwealth Procurement Rules defines Simple and Complex.

The discriminating factor is (with some exemptions) based on dollar amount thresholds.

Regardless of how straight-forward the procurement of a product is, if the total procurement value is above the relevant threshold, you must apply the additional Complex Procurement rules to the methodology.

With the maximum simple procurement threshold currently at $7.5m (and as low as $80k for non-corporate Commonwealth entities), most modern day procurements are going to be considered complex, when in reality it is just adding a level of bureaucracy that is cumbersome, time-consuming and unnecessary.

For example, if one was in need of procuring a new radio for a fleet of vehicles, regardless of how simple the interface is or set of requirements are or how limited the marketplace is, due to the total procurement cost being over $10m (well within the financial delegation of a platform manager), I would be forced to release RFI’s, RFQ’s, invitations to register, have conditions of tender, negotiate conditions of contract, develop a statement of work, undergo contractor insurance programs, develop data item descriptions and contracted data requirements lists, etc.

Rather than just assessing the 2 or 3 products on the market for suitability and value for money, and then make a decision and and then write a purchase order (i.e. 12 months and hundreds of man-hours of work vs. a few weeks maximum).

A Few Examples to Consider

It isn’t all bad news.

There have been some times where an urgent operational need was turned around into a new capability within months of it being identified.

A recent example of this was when it was discovered that roadside bombs and IED’s in the Middle East were being set off remotely by insurgents with mobile phones (when a mobile phone that is part of the detonator device, it completes the detonator circuit upon reception of a call – so the bomber could watch from a distance and make the call as a convoy or patrol was passing by).

It was determined that the best way to combat this threat was for the convoys and personnel to carry jamming devices that would disallow any mobile reception within proximity of personnel and vehicles.

This technology was developed, tested, mass produced and rolled out as standard issue kit in record time, saving many lives and forcing the enemy to abandon this strategy.

This was a credit to those involved.

However, I have also seen the simplest of procurements take months or even years to complete due to issues with the ADF procurement model.

In this example, a U.S. Defense prime contractor and supplier (to remain nameless), who has done business many times with the ADF for ITAR procurements and supply of services, has a MOTS product that was required in quantity by the ADF. They were in stock… the units were set aside for the ADF on good faith… they had been procured by other ADF programs in the past… yet the contract for the procurement took almost 18 month to get signed due to new terms and conditions levied by the ASDEFCON procurement regulations that were contradictory to the U.S. companies sales policy.

Neither entity was willing or able to bend, thus a simple procurement turned into a lawyer’s convention, with correspondence flying back and forth through various signatories, wasting the time (and money) of both parties and delaying the delivery of the required capability to the ADF.

That was an example of a Simple Procurement gone wrong.

But what happens when a genuine Complex Procurement is required to enhance ADF capability and the process itself is so cumbersome and flawed that not only does the capability get delayed, it gets so messed up that the capability itself is never truly achieved and is delivered years later than required?

In the late 90’s, when Australia had its first regional conflict in decades (Timore Leste), it was a very visible, media friendly and political hot-button event.

Australian forces did a stellar job and the whole country was proud of what they achieved.

The then Prime Minister, glowing with admiration asked the head of operations “what can I do to make your job easier?”

To which he replied “I need more troop lift helicopters .“

It is widely believed that what he meant to say was “I need more Blackhawks”, but unfortunately, this led to the creation of the AIR9000 program and the procurement of the MRH90 Taipan.

Rather than just agree that the current in-service Blackhawks the ADF operated were excellent work-horses, completely fit for purpose and a proven capability in order to justify the FMS procurement of the newer Blackhawk model, it was determined that it was to be a complex procurement that went to tender and due to local political influence (ignoring the various major issues associated with the unproven platform), the NH-90 was selected ahead of the Blackhawk.

Twenty years and various stop-contract, delivery delay, design capability compromise and FOC issues later, the ADF is stuck with a fleet of troop lift helicopters that was design frozen in the 90’s, barely reaches its minimum ROE, is an orphaned variant and is widely criticised by the Special Forces and Infantry as being not fit-for-purpose.

Who in the ADF Knows How to do Procurement Right?

There is at least one group in the ADF who know how to work the procurement model right.

One group who always gets what they need, when they need it and it is not because the rules are different for this group, nor are they treated any differently in procurement circles… it is because they are competent, educated, agile and know how to get things done.

I am speaking of the SOCOMD group (especially the SAS).

What is so different about SOCOMD that ensures they always get what they need?

The wider ADF (including CASG staff) could all learn a thing or two about how SOCOMD goes about procurement.

What Can We do to Improve?

In the end, this is not meant to be a gripe about the ADF’s procurement processes and how it has hampered capability in the past.

I am writing this series of articles  in a hope that it will get people thinking about how we can improve on these wide-spread issues facing our Defence Force.

Some things to consider are:

Scott is an ex-Army Soldier (Signals) and Officer (RAEME) and an Electrical, Aerospace and Systems Engineer with 20 years Defence experience.

He has a wide range of experience within the ADF, from deployed operations to major acquisition and design projects. Scott is currently working as an independent contractor on various civilian and military aerospace and infrastructure projects under his company LAESE Pty Ltd.

Featured Photo: A soldier from the 7th Battalion, Royal Australian Regiment (7 RAR), is winched from an NH-90 helicopter from 3 Squadron, Royal New Zealand Air Force, in the Canberra region. Some 70 soldiers from the 7 RAR Task Group Boar are serving with Task Force Boar in Air Mobile Response Teams to assist the ACT’s Emergency Services Agency.

For an American look at the U.S. challenges along the same line, see the following: