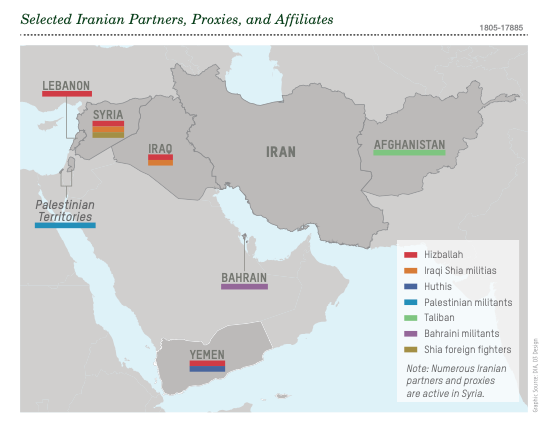 The geopolitical shift enabled by the Abraham accords is a significant one.

How it will play out in practice is an open question.

What is clearly to be expected is that the Iranians will spend the next few months trying to place military and political IEDs into the process of a new geopolitical pact whereby Israel works differently with the GCC states and individual GCC states shape new operational military relations with the state of Israel as well.

The accords have opened the way to reworking the maritime trade routes.

We highlighted that shift in the interview with Amatzia Baram and in the look back to the history of shaping oil pipeline and maritime transits in the region by Ken Maxwell.

Earlier this week, further agreements are facilitating the change.

According to an article by Richard Spencer, in The Times of London:

“The United Arab Emirates has signed a deal to send oil directly to the Mediterranean through an Israeli pipeline, the biggest result yet from the normalisation of relations between the countries.

“Oil from the UAE “and other eastern markets” will be shipped by tanker to the Israeli Red Sea terminal at Eilat, from where it will be sent along an existing 158-mile pipeline to the Mediterranean port of Ashkelon.

“The deal keeps open the possibility of a future pipeline link from Israel to the Gulf across Saudi Arabia, however, should Riyadh normalise trade relations with it. The pipeline is operated by an Israeli state-owned company, while shipments and storage will be organised through a joint venture between Israeli companies and National Holding, a UAE state business.”

The consequences can be broad of such agreements.

As Spencer went on to note:

“The main loser is likely to be Egypt — an irony, since it was the first Arab state to recognise Israel and remains a key ally of both the United States and the UAE in the region.

“Its own pipeline and the Suez Canal are the main routes for oil to be transferred from the Gulf to the Mediterranean at present. The canal, however, is not large enough to handle the latest supertankers, which can, however, dock in both Eilat and Ashkelon.”

Given Russian energy interests, this alternative path for Middle Eastern oil to the European markets will hardly be welcome, and certainly not by Iran whose leverage for being able to threaten transshipments through the Gulf of Hormuz will be significantly reduced.

Putin has been a judo master of pipeline politics to Europe, but this puts a wrench in the approach which he has been able to shape.

What emerges from this dynamic is a political-economic and security cooperation opportunity which clearly will require close intelligence cooperation among the stakeholders.

The new level of intelligence cooperation will undoubtedly be part of a general reworking to shape the kind of intelligence needed to support broader political-military efforts.

Notably, such efforts are crucial in two key areas.

The first is clearly the question of how to deal with the Iranian missiles and whatever payload they put on them.

What can follow from the accords is shaping a much more integrated offensive-defensive enterprise, one driven in part by an F-35 enabled force.

There is much progress in NATO Europe on addressing engagement with Russian missiles via offensive and defensive capabilities which being integrated to shape combat options.

Clearly, Israel and the GCC states are leveraging this learning and will provide learning of their own as well.

As two analysts put it:

“Integrated missile defense is among the most complex of military activities, and success in this endeavor would require participation from two US combatant commands (EUCOM and CENTCOM), as well as the accord signatories.”

But there is a third area affected by the accords as well.

As argued above, the Iranians will do what they can to derail any positive process which can be crafted after the accords.

Most likely, this means that they will leverage their various presence points in the region to go after GCC and Israeli interests.

Individual GCC states and the Israelis will need to sort through specific dynamics within and across countries in the region, to find ways to help one another support those common interests which can be forged to deal with Iran.

This means that specific crisis will occur for which Israeli or GCC states will act alone or operate as the supported or supporting political military force against specific and discrete Iranian actions.

This means as well on the Israeli side that force structure will need to develop or be enhanced which would allow for rapid insertion and withdrawal of a combat force either to be the supported or supporting force up against a specific Iranian provocation.

For Israel, this will highlight the need to develop a more capable insertion force involving ground forces at greater distance than has been the regular practice of the IDF.

With the USMC, the package of Ospreys, F-35 and now the CH-53Ks is designed precisely shape such a force.

The Israelis might well consider such an integrated force package which can react, respond, deliver decisive response and leave rapidly.

But one thing is clear.

The Abraham Accords are not the end but the beginning of a new phase of geopolitical maneuver to deal with the Iranian challenge.

And this maneuver will have a significant impact on the way ahead for the IDF.

Israeli Defense After the Abraham Accords: Dealing with the Iranian Threat