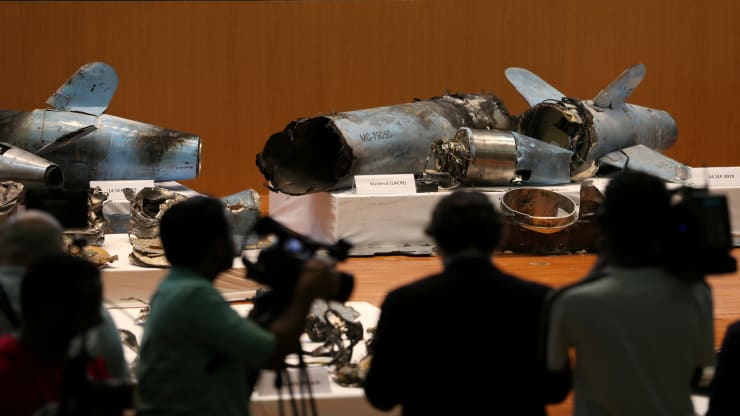 The Abraham accords have provided a path around the Palestinian veto of Israeli-Gulf Arab state normalization.

The accords signify a new way ahead.

And that way ahead has been paved by the expanded Iranian threat, and the ability of the Iranian state to operate from a variety of locations in the region: Syria, Iraq, the asymmetric forces operating in crisis spots in the region, and Iran itself.

One aspect is clearly the missile threat from Iran itself.

With the accords, and the continuing modernization of the Gulf Arab air forces, the Israeli Air Force and defense force can work more directly with Gulf Arab Air Forces in shaping a comprehensive air defense and strike force against Iranian based missiles.

This will also require changing C2 and early warning capabilities as well.

Another aspect is the asymmetric threat.

To deal with this, enhanced intelligence sharing will unfold, which will provide Israel with an alternative to their historical working relationship with Turkey.

In addition, the Israelis and the UAE will need to focus as well on ways to move insertion forces directly against asymmetric threats when appropriate and desirable.

This is the domain of Special Forces integrated with air and maritime power.

Specialized airlift and relevant force packages able to operate with the range and speed necessary will become a key necessity.

This may lead to the acquisition of new tiltrotor or assault helicopters as part of an Israeli modernization package as well as reshaping UAE forces as well.

A third aspect is shaping a counterbalance to the Russian reach into the Mediterranean region.

The unknown factor in all of this of course is the Kingdom of Saudi Arabia and how it will shape its way ahead with the new regional dynamics being unleashed by the Abraham accords.

And as Professor Amatzia Baram has underscored, a ripple effect from the Accords is putting in motion a new route with regard to maritime shipping.

Recently, the UAE-based maritime company Dubai Ports World signed a deal with Israel Shipyards, Ltd. Reportedly, the two companies will submit a joint bid to purchase the Port of Haifa from the Israeli government.

This is how Baram described the impact of such a deal.

“They now are discussing shipping from Dubai, from the Gulf, through the Red sea to Eilat, instead of going through Suez Canal which is quite expensive.

“They will go to Eilat where there will be a train line that goes all the way to Ashdod or to Haifa, or to both.

“And this way the Gulf will have another route to the Mediterranean, not through the Suez Canal. It doesn’t mean that they will not use Suez Canal, they will still use it, but it depends on how large the ship is.

“And so we have another option.

“There is another discussion now between the Emirates and Israel about another line that would go from the Emirates through Saudi Arabia and Jordan to Ashdod and Haifa. This would provide a clear alternative to needing to use the Straits of Hormuz on the way to the Indian ocean.

” Such a strategic rout will reduce the impact of the Iranian threats to close the straits.”

This project will, in turn, shape and define a major security challenge.

How to defend the new sea-land route?

This will require intelligence sharing, integrated security forces, and an ability to move appropriate force to any popup threats the Iranians or other adversaries wish to generate against the new routing as well.

In other words, the Accords put in motion new ways to shape deterrence in depth that can operate across the spectrum of operations to deal in practical ways with Iranian actions.

How will this impact on Israeli defense, and Israeli-UAE joint military and security working relationships?

And how best to deal with the diverse Iranian attack points on the Gulf Arab states and Israel?

The Iranians are innovative in generating new threats as was seen in the drone attack on Saudi Arabia.

The new working relationships in defense and security between Israel and the Gulf Arab states will clearly need to “out innovate” the Iran threat masters.

How best to do so?

Featured Photo: Remains of the missiles which were used to attack an Aramco oil facility, are displayed during a news conference in Riyadh, Saudi Arabia September 18, 2019.