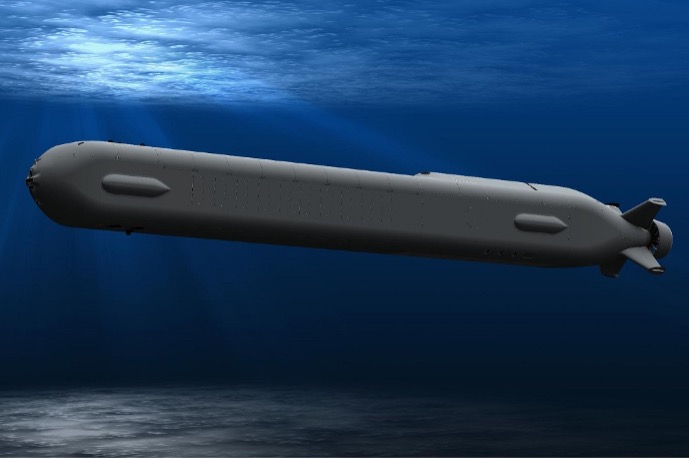 Debate on Australia’s future submarines is understandably focused on the information that floats out of the Defence Department about France’s Naval Group and the $80 billion program to design and build the boats.

It’s very sensible to be concerned about the program because of the contrast between the assurances Defence officials provide to parliament that everything is proceeding according to plan and the episodic need for high-level political intervention to resolve fundamental issues between Defence and its French industrial partner.

We saw this with the tortured, delayed effort to resolve the ‘strategic partnering agreement’ that took almost three years to sign. We saw it again this year when Naval Group and Defence were unable to resolve the issue of the Australian industry share in the program, a year after apparently agreeing to do so, without the intervention of various ministers during Naval Group boss Pierre Eric Pommellet’s recent visit to Australia.

Let’s take it as a given that the government doesn’t cancel the Attack-class program in the next few years, for all the reasons ASPI’s Marcus Hellyer has set out, that the program continues to absorb growing amounts of government funding, and that it continues to experience implementation troubles.

If this is the future, left to itself, the program will be a running sore for whichever political parties and prime ministers are in office over the next 15 years—lots of cash outflow, plenty to justify and defend, but no capability to show for it until long after they leave parliament.

The key unanswered questions out of this are, what can be done to improve Australia’s undersea warfare capabilities between now and the mid-2030s, and how can the single big bet on the Attack class be hedged with other complementary capabilities?

Answering these questions would increase Australia’s ability to defend itself and deter aggression between now and the mid-2030s, and so align with the government’s realistic if bleak assessment that Australia no longer has 10 years’ warning time to prepare the Australian Defence Force for involvement in major conflict.

It would also take some of the heat and light out of the public debate on the developmental Attack-class program.

And there’s a large opportunity right now to take a major step towards resolving these questions that would be good for our defence, support the growth of our high-technology industrial base, and play into the bigger picture of our developing alliance with the United States.

The Orca is the extra-large unmanned undersea vehicle developed by Boeing and Huntington Ingalls Industries for the US Navy. Five of them are scheduled to be built by the end of 2022 under a US$274 million contract signed in early 2019.

They will probably work best as part of a manned–unmanned undersea team, less closely tethered but a bit like the rapidly developed ‘loyal wingman’ unmanned aerial vehicle that the Royal Australian Air Force is developing and testing with Boeing Australia.

There’s plenty to work out to be able to operate Orcas effectively and get the most out of the combination of manned and unmanned undersea systems. The good news is that the Royal Australian Navy is already advanced with this thinking and analysis, through its RAS-AI Strategy 2040.

But there’s a practical limit to how much planning and preparation can be done with experiments and demonstrations, rather than the direct operational experience of possessing and using a system like the Orca. Concepts for use and ways to resolve difficult problems like tasking and controlling undersea systems will be resolved much faster once navy personnel get their hands on live systems; that’s what’s happened throughout the history of warfare.

And while there’s a navy strategy, it’s not funded and it hasn’t yet found its way into Defence’s massive $270 billion, 10-year capital investment plan in any way that brings major new capabilities to the fleet anytime soon. Enigmatic funding for an ‘integrated undersea surveillance system’ begins in 2024 or 2025, for example.

It’s unfortunately obvious that even the most sophisticated manned submarine will need to work with a range of sensors and other systems, including UUVs, if it is to operate safely and effectively against the kind of adversary systems that a power like China is already fielding, and which are proliferating across our region. That’s probably true right now in a place like the South China Sea, and it’ll only get more manifestly obvious between now and 2035.

The RAN working in early, close partnership with the US Navy and US and Australian industrial partners to develop and field the Orca, and make a range of different payloads for it, is the path that is likely to bring the most undersea combat power most quickly to Australia’s military. It’s also the best way for Defence to create new challenges for adversaries that are thinking of coercing Australia or increasing their military presence in Australia’s near region.

Orcas working with upgraded Collins-class submarines would change the calculus around Australian defence well before the first Attack-class boat turns up. And the experience of our submariners working with Orcas for 10 years before the Attack class arrives will ensure that the future submarine and its crews are designed and prepared to operate with unmanned systems.

Right now is the best time in Boeing’s history for Australia to negotiate an attractive industrial and commercial deal on the Orca for our navy. Last year was the worst year in Boeing’s corporate history, with the grounding of its 737 MAX; trouble with its big new jet, the 777X; and a collapse in global aircraft orders because of the pandemic, resulting in a net annual loss of US$11.9 billion.

Combine this with the confidence that working with Boeing Australia on the loyal wingman must be giving both the government and Defence.

At the level of the Australia–US alliance, an Australian proposal to buy into the Orca program and develop and coproduce it between the US and Australia would be an attractive example of a new administration delivering on President Joe Biden’s promises to work constructively with allies to advance both allied and US security interests.

The partnership could be structured to include manufacturing here in Australia through Boeing Australia, perhaps partnering with ASC and other undersea specialists. The Trusted Autonomous Systems CRC would also bring expertise to the program that would be of value to the RAN and the US Navy.

The US Navy’s example of spending US$274 million to acquire five Orcas that are all being delivered within three years of contract shows the affordable, rapid change that Australia joining this program could bring to our own naval capability.

Wouldn’t it be welcome to have some fast-moving good news out of Defence when it comes to submarines? It’s time to push Defence to move faster than it will left to itself.