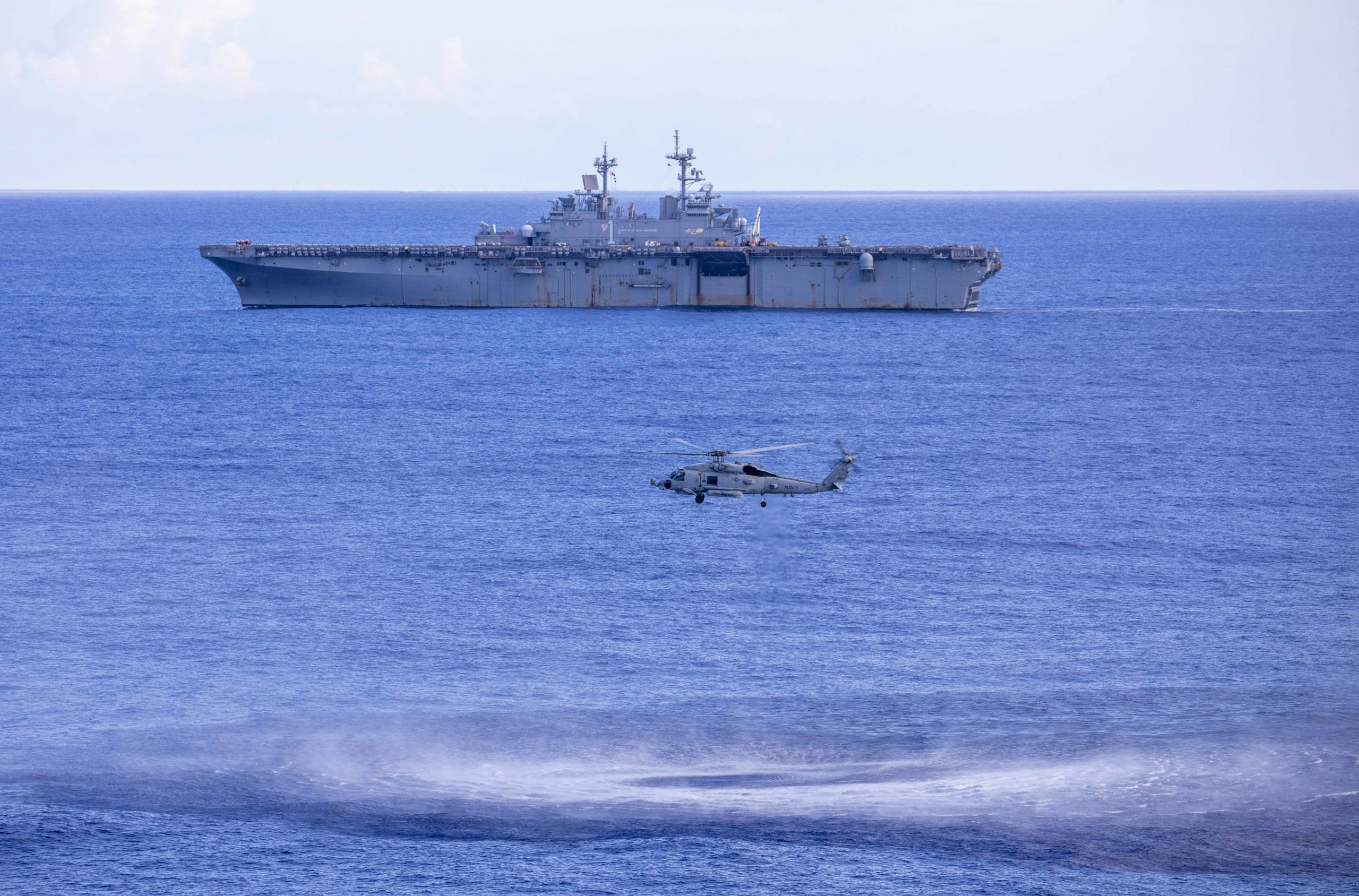 Carrier Strike Group 4, or CSG-4, runs Carrier Strike and Amphibious Readiness Groups through the final phases of their inter-deployment training cycles to prepare these units for their future deployments.

According to the U.S Navy:

But as the Navy rethinks how to use its aircraft carriers, how to use its amphibious forces and how to use the whole gamut of its surface and subsurface forces to fight as a fleet, an opportunity for change is clear: why not rework how air assets move across the sea bases to provide the Fleet a wider variety of combat capabilities tailored to specific combat scenarios?

Notably, moving helicopters and tiltrotor assets across the Fleet provide for a wider variety of options than simply having a set piece of equipment onboard each class of ship.

To determine how best to do so, Naval Aviation Leaders must begin to focus focus on exercises, fleet battle experiments, and lessons learned during training and real-world operations.

A key enabler for cross-decking is to ensure that all aircraft operating throughout the maritime battlespace have the digital interoperability commanders must have and rely on to ensure mission success.

With the potential to refocus the amphibious fleet operations on sea control and denial missions such as was evident in last year’s Black Widow exercise with the USS WASP, exercising an integrated carrier and expeditionary strike force with a cross-decking capability would make a great deal of sense towards driving increased innovation as well.

For example, with the Viper attack helicopter becoming Link-16 and Full Motion Video capable, its ability to work with the SH-60R provide ships at sea with a significant self-defense capabilities.

Not only could the Vipers function with a wide array of weapons which they can carry in both anti-air and anti-surface roles, but new roles could be invented for the Ospreys operating throughout the fleet.

With roll on roll off capabilities being used to enhance various mission sets for the Ospreys, new capabilities could be added to this aircraft as well, including both surface and subsurface strike.

The coming of the CMV-22B could provide the Fleet a significant cross deck logistic capability to to deliver mission critical cargo and supplies throughout the fleet.

Put another way, thinking of the deployed sea-bases as a chessboard rather than as scripted task forces built around specific platforms, can expand the capabilities of the Navy in fighting as a fleet.

And with the kind of allied collaboration being pursued by the U.S. Navy worldwide, the redesign of the chessboard by rethinking how new platforms in naval aviation can be mated to a wider variety of at sea platforms would significantly the Navy’s operational reach and capability.

In short, we are at the cusp of a significant redesign of how the fleet can operate and the future of naval aviation, which will be further enabled as additional capabilities come to the force with teaming of manned and unmanned systems, will play a leading role in how the fleet operate in the future.

By reworking the template now, it will facilitate a more intelligent and synchronized use of unmanned systems as they mature, become available to the fleet, and provide for an effective family of systems with future and innovative manned aircraft.