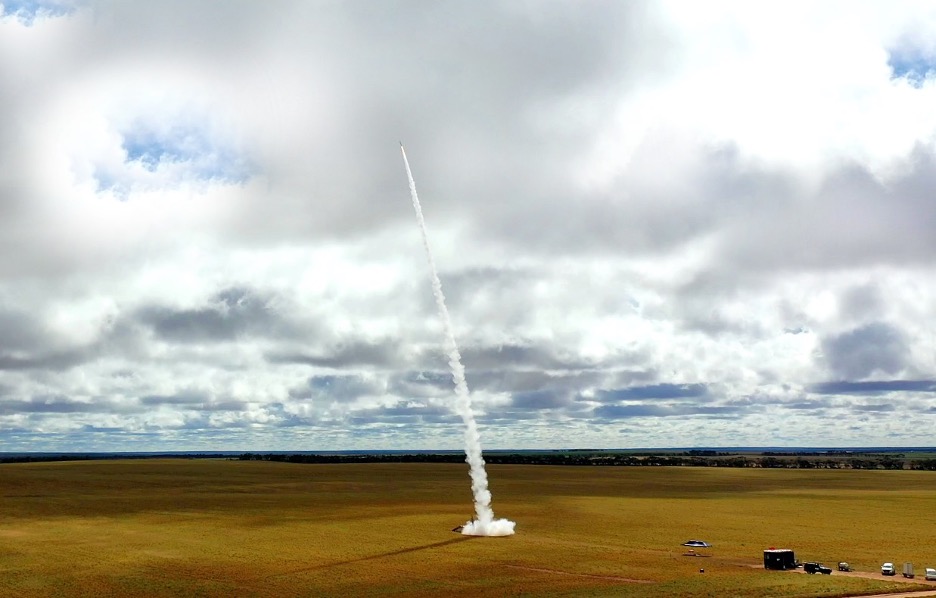 A satellite in polar orbit providing services to Australians flies over almost every country in the world, every day. No other technology offers the level of global connectivity that advanced space applications provide.

As we’ve entered a more globalised, interconnected and interdependent world, Australia has become heavily reliant on space-based technologies for essential services our communities depend on. However, we’re grossly underperforming in the rapidly growing space sector. Our Indo-Pacific neighbours have recognised the importance of space to their economies, to the welfare of their people and to our region’s shared future. Countries like Thailand, the Philippines and Vietnam are grasping opportunities which Australia is yet to identify. This need not be the case if Australia were to invest in developing its embryonic space industry and encourage the development of a sovereign space-launch capability.

Australia risks its closest neighbour, New Zealand, becoming the more commercially attractive location for establishing a launch-dependent space company. New Zealand’s contribution to the global space economy, while modest, is particularly inspiring. Driven by commercial activity, the nation’s space sector has procured contracts worth millions of dollars from the international space market. Its industry is built upon business-friendly regulatory frameworks which achieve safety while supporting innovation. With the Philippines, India and Japan also rapidly developing their foundations to support next-generation launch activities, Australia must act now if it is to win the significant business available in the international market over other players in the region.

Over the next decade, Australia must develop a full-spectrum, strategic, sovereign and globally engaged space sector. Failure to do so would mean losing out on economic opportunities and risking the country’s future security. Australia has a real opportunity to become the leading Indo-Pacific hub for space activity, as well as the world’s preferred location for space-launch services. The country and its capabilities are ideally positioned to play an innovative and significant role in the future global space economy.

An essential ingredient to bring and sustain Australia in the global space market is a safe and reliable sovereign launch capability. First-class launch services will create enduring economic opportunities for the domestic market and will ensure Australia’s continued security and prosperity.

Australia’s civil space strategy aims for the creation of 20,000 new jobs in the domestic space industry by 2030. If harnessed appropriately, the launch industry will directly contribute up to 20% of this targeted growth. If Australia’s full market potential is realised, the gross value added from domestic launch service providers could deliver up to $2 billion of direct, indirect and induced value into the economy over the decade to 2033.

This potential growth represents a unique opportunity to capture foreign investment, create jobs and strengthen the economy as Australia recovers from the economic losses during the Covid-19 pandemic. Investing in the space sector will create national supply chains that will be resilient in the face of increasingly harmful external shocks.

Safe and successful launch operations will also attract and enable investment in, and development of, rocket manufacture, satellite manufacture, satellite mission control, data analytics and other space-related industries. Modern rocket and satellite companies are seeking to shorten their supply chains by positioning manufacturing hubs as close to reliable launch infrastructure as practicable. This reduces logistics costs and transportation timelines. Investment in the launch industry will help develop a broader advanced-technology industry base.

In addition to the economic benefits afforded by providing launch services, there are significant considerations relating to national security. Australia’s access to space will continue to be neither consistent nor secured as long as it relies on foreign nations to provide that access. Without a sovereign launch capability, Australia’s dependence on others for critically important space-based technologies, particularly for national security purposes, becomes a significant threat. If relationships deteriorate with our international partners, Australia may be without a means to launch its payloads into orbit.

ASPI’s Malcolm Davis suggests that in wartime or in a pre-war period, our dependence on American launch providers would likely see Australian payloads bumped in the queue in favour of prioritised US payloads. Maintaining a full-spectrum space industry with capability to design, build, launch and operate satellites will ensure Australia’s unimpeded, rapid access to space, despite any supply-chain disruptions in the global market or other changing circumstances outside of Australia’s control.

Developing and maintaining a sovereign launch capability will also allow Australia to burden-share launch capability with friends and allies. Sharing with allies in the Five Eyes intelligence-gathering network, for example, will distribute costs and risks among alliance partners. Partners and friendly Pacific nations could rely on Australia to launch their payloads when required. In return, Australia would strengthen its strategic partnerships, create opportunities for international collaboration and foreign investment, and develop a more resilient space industry in a region in which it needs to be able to shape outcomes.

Southern Launch’s Whalers Way Orbital Launch Complex on the Eyre Peninsula in South Australia will provide reliable and secure access to high-inclination orbits, such as polar orbits, to civil government, to defence forces and to the Australian and global space industry. Rockets launched from Whalers Way will fly southwards over the Great Australian Bight, where the flight path traverses no delicate marine environments and has minimal air and maritime traffic. The launch site is in an area with a very low population and is being designed as the world’s safest orbital launch site. Manufacturers will be able to launch their small rockets more frequently and more reliably.

The complex at Whalers Way is geographically secure, minimising the risk of a launch vehicle being intercepted or interfered with during ascent. Supported by the regional city of Port Lincoln (a 50-minute flight from Adelaide), Whalers Way is connected to a commercial airport, deep-water harbours, heavy industry and a vibrant population. Satellites launched from the complex can fly over the US mainland within 30 minutes of lift-off, and over Asia within 80 minutes.

The Whalers Way Orbital Launch Complex plays an important role in Australia’s industry growth and does so directly in line with the government’s national civil space priority areas. The launch site will unlock future downstream manufacturing, facilitating further high-tech space-related jobs and growth, while ensuring Australia has dependable access to space on its own terms.

The government must comprehensively engage with launch-related industries to ensure there are no unnecessary bureaucratic or regulatory hurdles preventing this type of access. If the existing hurdles remain, or if new ones are uncovered as the industry steps through this uncharted territory, Australia will have lost the opportunity for the timely and safe development of a sovereign launch capability.

As its space sector grows, Australia must invest in becoming a strategic, sovereign and globally engaged space power with a highly capable domestic space industry. Given the importance of launch services to the long-term security and prosperity of Australia and its allies, the development of Australia’s sovereign launch capability must be a priority for the government.

Lloyd Damp is the founder and CEO of Southern Launch.