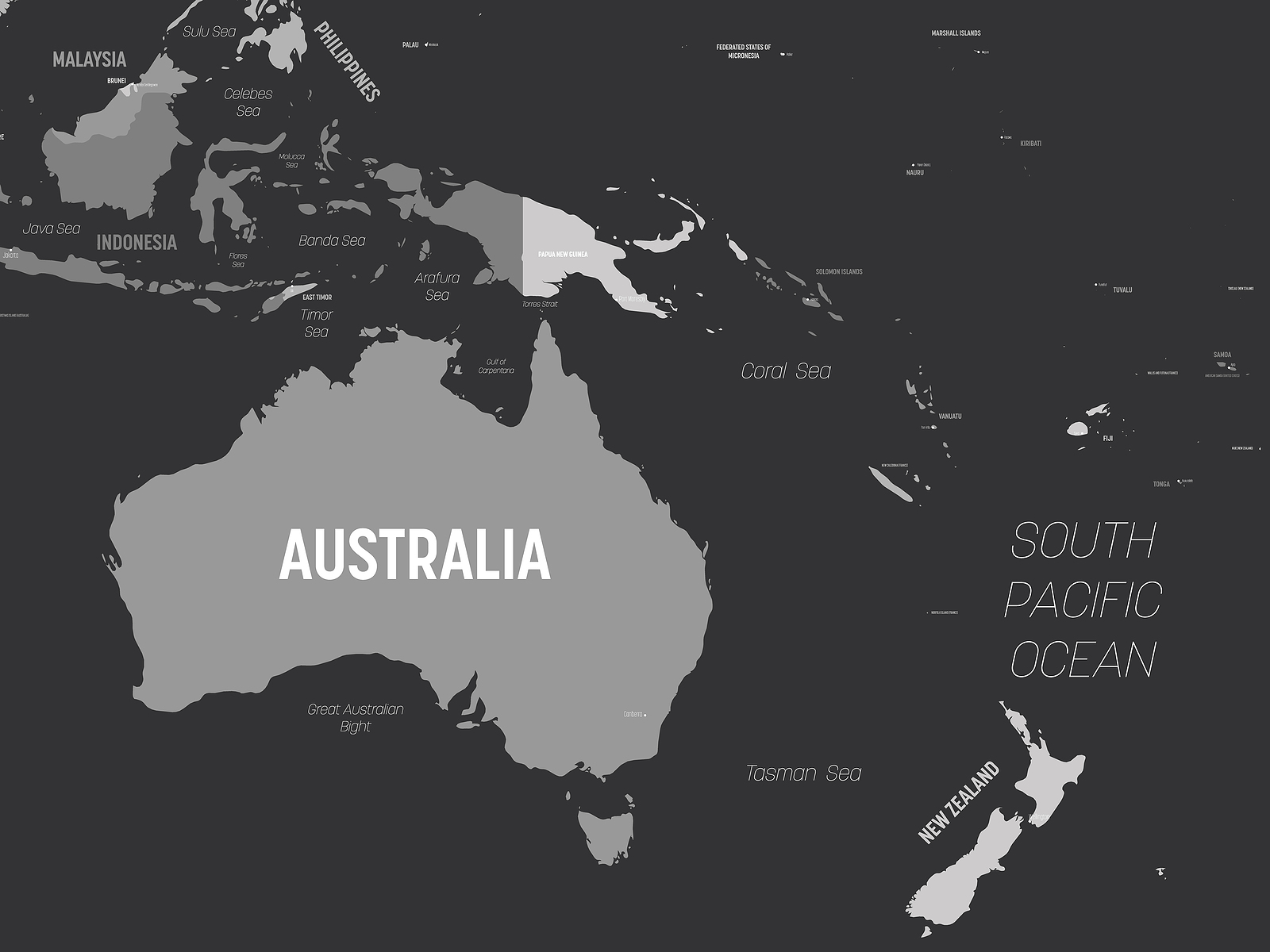 Wargaming of US, Australian and other partner militaries in conflict with the People’s Liberation Army after China attacks Taiwan shows the allied forces lose. That means our force structures need to change fast. Scenarios for that potential conflict seem to be showing just that.

This matters. Telling ourselves Taiwan doesn’t matter is both wrong and dangerous—because Beijing successfully using force against Taiwan would mean seizure of a vibrant democratic population in the Indo-Pacific (like ours!) and would also enable China to project aggressive military power much more easily, and further, in Australia’s region, licensed by its success with Taiwan. And the kinds of military conflict that would happen around and over Taiwan have plenty of parallels for other conflicts across the archipelagic and maritime region that is Southeast Asia and the Indo-Pacific.

The wargames show that the approach to building and using US, Australian and other partner forces that’s central to Australia’s $270 billion integrated investment plan produces militaries that are more likely to lose than win against the PLA.

That is a nasty shock to planned defence investments here in Australia which shows they need to be revisited.

But it’s not surprising, because the ‘future’ Australian Defence Force that’s being bought with the government’s $270 billion is the same force that was laid out in the 2009 defence white paper, gloriously unaffected by changes in technology since then, and unaffected by the rise of China’s military as the defining priority threat to Australia’s security in the military realm.

The success of China’s anti-access/area-denial strategy has produced a very dense missile threat around Taiwan and at increasing distances from the Chinese mainland that can target concentrations of allied ships, planes and bases. And naval taskforces including Australia’s air warfare destroyers as part of larger Australian or combined Australian–US taskforces now look vulnerable. That’s partly because of the platforms themselves, but also because the concept for using those platforms involves concentrating them into taskforces and groups that are then targets. That’s what repeated wargaming shows no longer works.

Interestingly, the wargame outcomes fit with the much clearer priorities for Australia’s military that are in the government’s defence strategic update released one year ago by Prime Minister Scott Morrison. The update moved defence planning from having multiple equal priorities to making the dominant priority our region—the Indo Pacific—where, for Australia, all military threat roads lead to Beijing.

But the force structure plan released on the same day remained on autopilot, with a bit of this and a bit of that to give the government ‘options’ in an uncertain world. It was still based on responding to the previous multiple but equal priorities in the 2009 and 2013Defence White Papers.

So, the planned force structure Defence is building now is in direct tension with the ruthlessly clear priority the government gave Defence a year ago—and it sets Australia up to suffer large combat losses and perhaps be defeated as part of a US-led response to Chinese military operations in our region. Such a force is also unlikely to deter Chinese aggression and prevent conflict.

What should be done? Not a lengthy and ponderous new ‘force structure review’ that will take two years to do and one or two more to wend its way through Defence and government decision-making. That would be an effective bureaucratic response to delay change while current approaches proceed, as fans of Yes, Minister might know.

Instead, it’s useful to think about what investment decisions are about to be made and revisit why they are being made.

That’s because allocating just over 2% of GDP for our military doesn’t buy all that much and every big choice rules out many other choices. So, any forthcoming big investments that don’t align with the clear priority on deterring aggression in our region should be ended to make room for what can.

The next big decision Defence is going to offer up to the government out of the $270 billion integrated investment program is the $27 billion infantry fighting vehicle program, with government being asked to ‘downselect’ to either a Korean or German vehicle to be built here in Australia.

That mega-project will acquire up to 450 large armoured vehicles with tracks and a gun turret that most non-military observers would describe as tanks. The Koreans and Germans design and build large armoured vehicles because they have serious direct military threats for which these large, heavily protected vehicles may be decisive, with North Korea and Russia being the clear planning priorities.

But for Australia, the 450 infantry fighting vehicles look like the ghosts of Christmas past. T

hey would have been ideal in Afghanistan or Iraq, but it’s hard to see them as a priority for deterring or opposing Chinese military power in the Indo-Pacific, unless we’re planning to send the ADF to fight alongside the Indian Armed Forces on the high-altitude India–China border. And I don’t think that’s the plan.

Cancelling this shortly to be considered $27 billion project won’t leave our army personnel unprotected in unexpected stabilisation missions in places like Papua New Guinea, the South Pacific or elsewhere.

The army already has the world-class Bushmaster protected mobility vehicles that saved scores of lives in Afghanistan against lethal IEDs and stacked landmines, and it’s already buying 200 heavily armoured vehicles that are infantry fighting vehicles by another name through the contract Rheinmetall won a few years ago. It’s also buying the smaller Hawkei protected vehicle in numbers. So, for anyone saying the government still needs ‘options’, it has them. Just not the option to put a heavily armoured combat brigade into Mosul, Baghdad or Kabul.

Cancelling a $27 billion project because it isn’t relevant to the challenge of deterring China would send a surprising signal to Beijing—and that matters too.

Australia, our US ally and other deep partners like Japan, the Five Eyes partners and India as part of the Quad have all been comfortably predictable in Beijing’s eyes.

The forces we are building fit a predictable pattern and develop slowly, and we’re simply not showing the ability to embrace the obvious imperative to shift from large, expensive crewed systems that take years to build and can’t be replaced if lost in conflict. That predictable pattern is a huge advantage to the Chinese strategists and technologists: they know what to plan around, and are doing it rather effectively.

But would an Australian decision matter much, given the weight of the US military’s role in any conflict with China?

Yes. For a start, $27 billion is enough to buy things that matter when it comes to deterring Beijing’s military adventurism.

As an example, five new large uncrewed undersea vessels, such as the Boeing Orca, would cost around $300 million and be delivered less than three years after they were ordered. New underwater weapon systems like these would make a direct contribution to changing the outcomes of wargames in which the US, Australia and others face the PLA.

As would fast-tracking plans to buy anti-ship and other missiles the army can operate from highly mobile, small-footprint forces.

For those yelling that buying things doesn’t help without new concepts for how to use them, that’s true.

But it’s much easier to develop new concepts for how to use things you actually have than it is to do so for hypothetical things you might get your hands on at some hazy future time.

As an example, in World War I the development of concepts for airpower accelerated massively, far beyond the hypothetical thoughts of militaries, through operational use of planes.

In the US–Australia alliance relationship, the symbolism of Australia’s government taking a big decision to redirect Defence’s focus and funds to new capabilities that can contribute to deterring Beijing would inject much-needed momentum into our technological and capability cooperation.

It’d also inject urgency into the parallel force structure debates happening in the US: what proud American will enjoy Australia doing something they know they need to but can’t bring themselves to do?

The sooner this happens, the more secure Australia and our region will be.

If we proceed on autopilot with the force we have in the works, we’re living in the past and planning to fail—and that’s no plan at all.