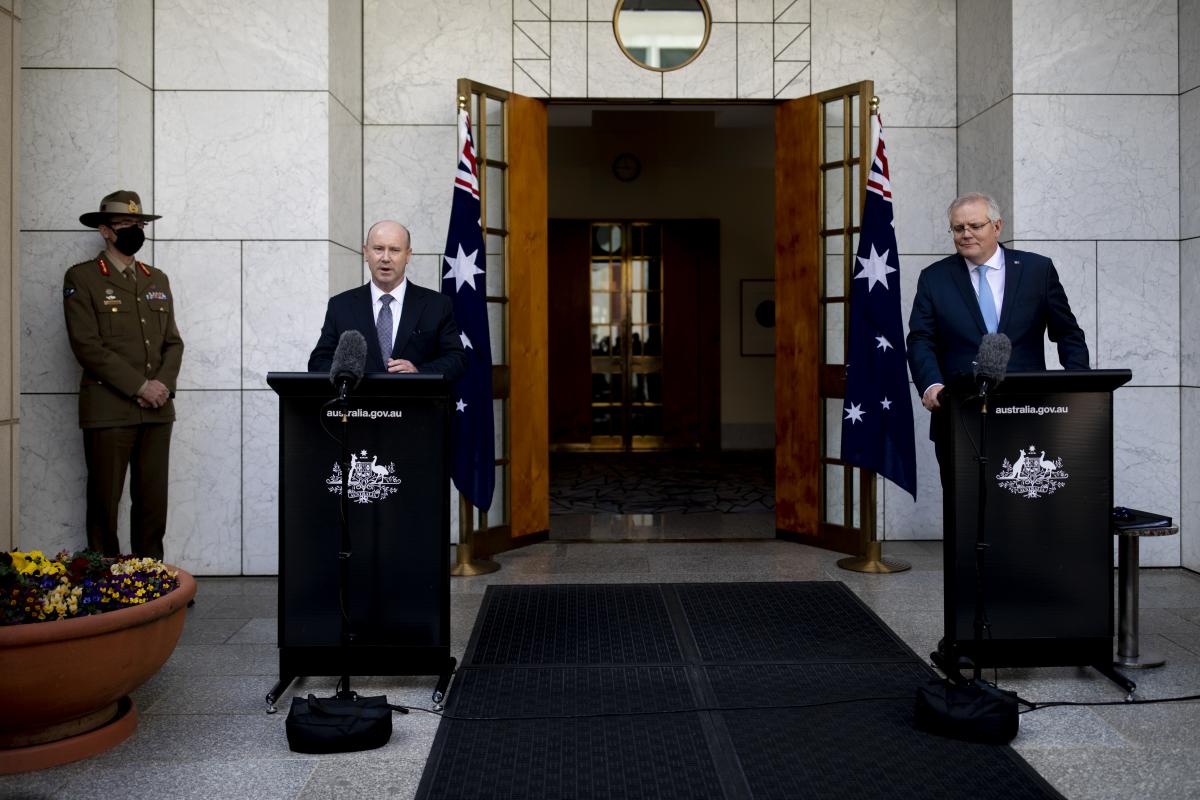 The recent announcement of the decision by the Australian government to cancel their diesel submarine contract and to acquire nuclear attack submarines is a significant one.

There is much already written about the announcement and its consequences, but what can get lost in the noise is really the key point: this decision launches the next phase of Australian strategic development, but down a path which as been evolving for some time.

At the heart of the reason the Aussies have done so is clearly the Chinese behavior and virtual war with Australia. Australia as a continent is a key challenge for Chinese ambitions in the region. They are a continent which can stage long-range forces against Chinese military operations. The Chinese Communist leaders have done what they should not have: Awakening the quiet power in the Pacific to shaping a longer range defense force, closely allied with the major competitors of China.

Only Australia really counts in terms of deterring China in a fundamental geographical way: they are a firmly liberal democratic country which rejects Chinese Communism. And as such, the Chinese economic and political engagements in Australia, coupled with the political and cyber warfare that the Chinese have engaged in with the clear desire to destabilize Australia has been met with firm resolve. And the Chinese have responded by escalation up to an including direct military threats against Australia.

This is the driver of the decision. Full stop. It is not about not loving the French, and an inability to work with France or ignoring their contractual obligations under the contracts signed earlier. When Australia made the decision to go with the French Naval Group and build a long ranger diesel submarine, the strategic context was very different than it is today. I will deal with the French and other issues in aa later article, but here I am focusing on the core issue which is the strategic context in which Australia sought to acquire nuclear attack submarines.

When the premise of your decision changes, it is important to recognize that and to re-calibrate, re-load and rethink what you are doing and why. For the Australian government, the expensive effort to build a new class of diesel submarines was a key part of dealing with the regional dynamics changing in their region. But in only five years, the Xi government has pursued a course which is changing the course of Pacific defense by the liberal democracies and their allies.

I am writing this article while in my digs in Paris, France. But I have spent the last few days talking with a number of my Australian and French colleagues. This is a strategic event which in the words of one Australian colleague: “This is the most significant defense acquisition in my lifetime by the Australian government.”

But it also is a launch point for the next phase of Australian strategic development which is itself part of a trajectory which was launched earlier.

During my visits to Australia since 2014, I had a chance to work with the Williams Foundation and then became a Fellow with the Foundation. I have published a book which lays out what I learned during my visits in terms of shaping a narrative built around the seminars held twice a year by the Foundation. Those seminars and my book provide a very clear record of how the ADF has rethought its place in the world and how to operate more effectively.

The F-35 acquisition decision at the beginning of my visits was more than a platform choice; it was the next step in RAAF modernization but one which reached out to the joint force and has driven the ADF voyage on building a fifth-generation force. Now the nuclear submarine decision is the keystone to the next phase of this journey, one which is about extending the reach of the ADF throughout the entire Indo-Pacific region.

The precursor for this decision lies not in submarines but a growing concern with the need for the ADF to have longer-range strike capability.

In 2018, one of our seminars dealt directly with the long-range strike requirement.

In the terms of reference for the seminar held on August 22, 2018 this key point was made: “The ability to strike at range brings a new dimension into any unfolding strategic scenario which, in itself, may often deter escalation into armed conflict. While in the event of escalation occurring, the absence of a long-range strike capability both limits Australia’s options for strategic maneuver and concedes to an adversary the ability to dictate the terms of engagement.

“An independent strike capability expands the range of options to achieve Australia’s strategic ends; signals a serious intent and commitment about Australia’s national security; and has the capacity to influence strategic outcomes short of resorting to armed conflict.”

The Morrison government announced its defense strategy in July 2020 and that announcement is where I started my book and then looked backwards. I labelled that strategy as a strategic reset.

And that reset began with weapons not platforms.

On March 31, 2021, the Prime Minister announced a new effort in the weapons area.

“The Morrison Government will accelerate the creation of a $1 billion Sovereign Guided Weapons Enterprise, boosting skilled jobs and helping secure Australia’s sovereign defence capabilities. The Department of Defence will now select a strategic industry partner to operate a sovereign guided weapons manufacturing capability on behalf of the Government as a key part of the new Enterprise. The new Enterprise will support missile and guided weapons manufacturing for use across the Australian Defence Force.”

In doing so, the Australian government opened up discussions with the Trump Administration with regard to acquiring not only weapons but an ability to produce those weapons on Australian soil.

A key element of this discussion revolved around naval weapons. Which also highlights a key aspect of how the ADF has worked with the United States military over the past few years. The ADF has a close working relationship with the U.S. Navy and the USMC.

In fact, the RAAF has bought and operated a number of naval air platforms over the years in addition to the close working relationship which the Royal Australian Navy has with the U.S. Navy in operations and training.  And the RAAF is currently operating a number of key systems which will interact nicely with the new submarine, notably Triton and the P-8.

In the course of these discussions, the aperture opened on the possibility of the acquisition of a platform which could carry some of these weapons deep into the Pacific, namely, the nuclear submarine.

Because the nuclear navy is in many ways the crown jewel of the U.S. military, the ADF leadership has full confidence in them as partners. For the U.S. Navy, having worked for a long period with the British Navy, and in the case of the Astute class having engaged through its contractors in direct support for the UK at home in building the new nuclear attack submarine, a template was available which could be applied to the Australian case.

The re-set of Australian defence is wide-ranging and includes re-working Australia defense ecosystems for greater resilience, logistical depth, and shifts in geographical focus, namely towards Western Australia and the Northern territories. Having visited Western Australia in 2020 and the Collins submarine base just prior to the pandemic shut down of Australia, it is clear that a buildup of infrastructure in this area up to and including the Northern Territories is a core aspect of any strategic reset.

And the logical next step for the RAAF to join in this journey would be to acquire a long-range bomber.

But the journey begins with the new submarine.