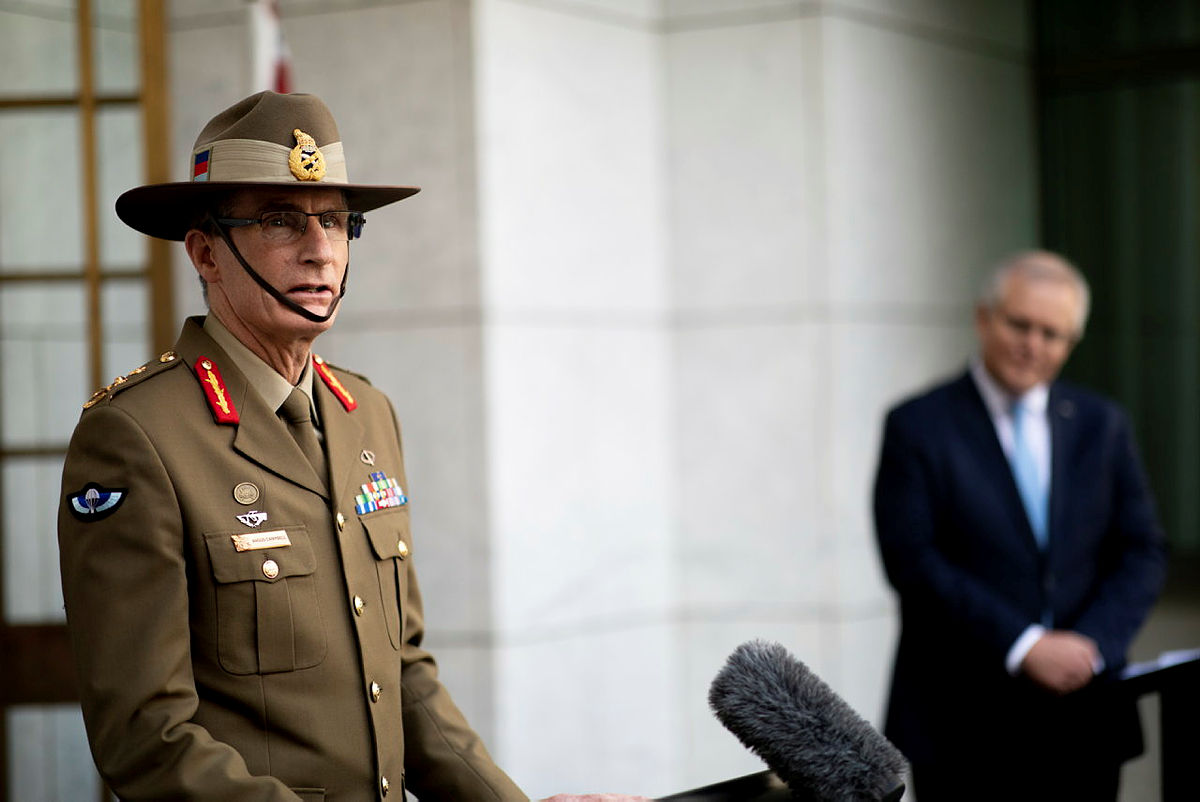 Amid the flags and fine words announcing the arrival of AUKUS, no one should mistake the reality that the United States, the United Kingdom and Australia each have their own desperate need for this quasi alliance to succeed.

After the debacle of the withdrawal from Afghanistan, U.S. President Joe Biden needs a vehicle to refocus the U.S. on the biggest strategic challenge of our age: an angry and authoritarian communist China.

Britain needs a foreign-policy focus after Brexit and has decided that it needs a launching pad into the Indo-Pacific.

And Australia needs friends after several years of being punished by Beijing for the sheer rudeness of failing to subordinate our national interests to China.

More than at any time since the since the end of World War II, the strategic interests of Australia, the US and the UK closely align.

This must amount to more than just the self-admiration of like-minded democracies.

We need to pool our scientific, industrial and defence capabilities in ways that add strength to a collective pushback against Beijing.

The U.S. will put a price tag on giving Australia access to its closely guarded nuclear propulsion technology for a fleet of new submarines. Washington’s expectation is that Australia will not only look after its own security needs but also play a leading role in stabilising the Pacific and Southeast Asia.

This will come at a significant cost.

We should work on the assumption that defence spending will grow from around 2% to 3% or 4% of GDP. To support a more prominent regional role, we also need to dramatically increase our spending on the anaemic and listless Department of Foreign Affairs and Trade.

Canberra politicians and officials simply will not absorb the message that the strategic leadership role Australia needs to play, and which our allies expect of us, will cost dramatically more than we like to spend.

Time for some reality checks: Prime Minister Scott Morrison advised that there will be an 18-month period to scope out a nuclear propulsion pathway for Australian submarines, but he insists that these boats will be built in Adelaide.

We are six years into developing the Attack-class submarines and nowhere near a finalised design.

By moving to nuclear power, we have now massively increased the technological challenges for Australian industry.

Insisting on an Australian build will see a nuclear submarine delivered about four years later than the first Attack-class delivery date of 2034.

The UK and US are currently building nuclear-powered hunter-killer submarines.

Either would be a suitable option for Australia and we should resist the temptation to fiddle with the design to suit ‘Australian conditions’. Even if the intent is to build onshore in future, the immediate objective should be to get the first few Australian boats built in either the UK or the US.

If we can’t bring a first-of-class Australian nuclear-powered submarine into service within the decade, we should think again about starting down this track at all.

Rather than seeking to relocate in short order the full intellectual property and industrial capability required to build nuclear-propelled submarines, why not as a starting point develop a model like the Joint Strike Fighter where Australia builds components used across the US or UK fleets?

Based on early briefings, it seems that the plan for these submarines is to repeat the capability design and development strategy that has just failed for the Attack class.

This will not work in the timeframe needed.

Beyond just building the boats, an immense amount of work must be done to prepare for their arrival.

The Royal Australian Navy will need a large cadre of nuclear-trained personnel, safety regimes will have to be updated, work must commence on a new east coast navy base. Port Kembla near Wollongong may be the best choice. Navy facilities at HMAS Stirling in the west and in Darwin must be expanded.

Defence released a statement yesterday saying the ‘Australian Government will no longer be proceeding with the Attack Class Submarine Program’.

That project has become a disastrous case study in how not to acquire defence equipment.

Almost from the moment the French design was selected in April 2016, Australian governments ignored the need to explain the decision. Successive ministers left it to Defence officials to dismiss questions in parliamentary committees. It was as though Australia’s largest ever defence acquisition was never to be justified to the Australian people.

Malcolm Turnbull’s departure as prime minister left the Attack-class friendless and a Defence organisation dead in the water of public opinion.

This could easily happen again with, let’s call it, the AUKUS-class nuclear submarine.

To deliver this boat, the government needs to construct a floating and watertight Defence organisation.

Substantial effort needs to be invested in our relationship with France, which is too readily dismissed by Australia’s outdated Anglo elitists.

France is a critical partner for Australia in the Pacific and has pushed back against Beijing harder than many other European countries.

Morrison must work to triage a valuable relationship with Paris.

Beyond submarines, yesterday’s announcement also promised Tomahawk cruise missiles for the navy, hypersonic weapons for the air force and ‘precision-strike guided missiles’ for the army, and there are plans for a range of exotic technologies including artificial intelligence and quantum computing.

These acquisitions will transform the Australian Defence Force.

Gone are the days of replacing old equipment with slightly more modern versions of the same thing.

After the coming election a new defence white paper is needed.

My advice would be for the government to produce that well away from the Department of Defence.

New thinking is needed. We should take advantage of this AUKUS moment to fundamentally recast our defence policy, shed historical baggage and thoroughly modernise the ADF.

The People’s Republic of China and its usual array of backers will bemoan the ‘provocative’ arrival of AUKUS.

However, thinking people inside the Chinese Communist Party will realise that AUKUS is here because of Xi Jinping’s decision to make China the assertive bully.

AUKUS is the best thing to have happened in years to give Xi pause in his international risk-taking.

The stronger AUKUS is, the less likely it is that there will be an attack on Taiwan.

Avoiding such an attack would be an invaluable outcome, one worth a submarine in its own right—and well worth the updating of our policy settings.

Peter Jennings is ASPI’s executive director and a former deputy secretary for strategy in the Department of Defence.

A version of this article was published in The Australian.

This article was published by ASPI on September 17,2021.