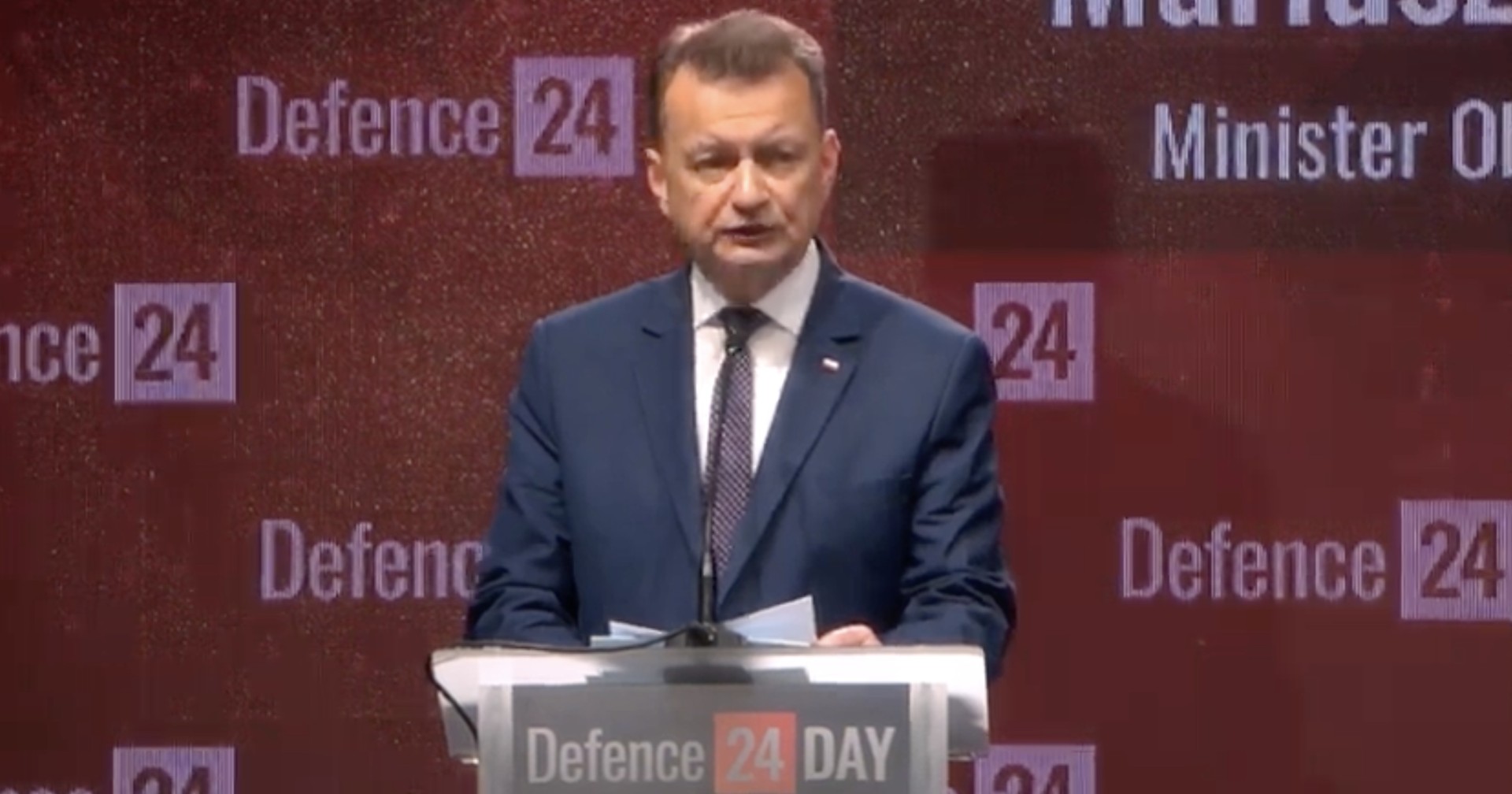 Another edition of the Defence24Day took place in Warsaw. This is the largest, annual event involving the arms industry, civil and military decision-makers of the Polish defense establishment, as well as numerous Polish and foreign experts.

This year’s edition was particularly important.

Fiirst of all, the ongoing war in Ukraine increases the interest in defense and security. Secondly, Poland drastically increases spending on a technical modernization of its military. Plans includes both investing in the domestic defense industry and arms acquisition from foreign partners, mainly the United States, South Korea and Turkey.

The conference conclusions are important, however, not only for Poland, but also for other NATO members.

Poland is NATO’s front-line state, which would be crucial in any defensive operations against Russia.

Moreover, Poland closely cooperates with Ukraine and its armed forces. Poland is the second – after the United States – provider of heavy weaponry to Ukraine (in late May Poland donated 18 of its most modern KRAB 155 mm self-propelled howitzers).

During the Defence24Day it was widely agreed that Russian atrocities and numerous crimes against civilians clearly show that defending every inch of NATO territory is crucial. Surrendering even one village would result in indescribable miseries for innocent civilians living there.

The representatives of the Ministry of National Defense in Warsaw confirmed that Poland will systematically increase spending on armed forces, including on technical modernization. It is planned to increase it to 3% of GDP – if this ambitious goal is achieved, Poland will have one of the highest results in NATO. In 2023 Warsaw expects to spend on defense roughly USD 18,8 billion, which is roughly USD 4,7 billion more than this year.

The Polish military establishment believes that a key element of securing air dominance is an effective air/missile defense system, which must be characterized by maneuverability, effective interception capabilities and robust logistics.

Polish lower tier air defense is based on indigenous systems, such as the GROM/PIORUN missiles (those MANDAPS were delivered to Ukraine, where they achieve good results). It was revealed that producers have already received inquiries and launched export negotiations with Bangladesh, Estonia, Georgia, Indonesia, Lithuania, Latvia, Malaysia, Norway, Senegal, Thailand, Vietnam and the USA.

Regarding the Americans, a trade agreement covering missiles and launchers has already been signed. In the future MESKO – jointly with an American industrial partner – will participate in the US Army’s MANPADS program.

Two other systems (short range and medium range) will be based on foreign technologies – regarding the former (NAREW program), Poland will get MBDA’s CAMM-ER surface-to-air missiles (23 batteries in total – every with 2 fire units). For the latter (WISŁA). During the Defence24Day it was announced that Poland has been acquiring the Patriot system.

General Ireneusz Nowak (Air Force Inspectorate) presented how the Polish Air Force perceives contemporary air warfare. He said that a term “battlefield” is now obsolete, since an operational environment has evolved towards “battlespace” – therefore we have to fight in a multi-domain environment.

The speaker also said that new combat platforms are needed to achieve “some degree of aerial advantage” – either sectoral or local – since the Polish Air Force alone is “unlikely to achieve a full dominance”.

General Nowak underscored that manned fighters are a key part of achieving  air dominance and both a modernization of platforms already in service and procurement of new ones are underway for Poland.  Other components, such as drones and transport aviation, are also important, but they act as a support for manned combat systems. General Nowak believes that a current level of technological maturity of unmanned systems is not sufficient to assume that they could replace manned systems, even in a near future.

Driven by this philosophy, the Polish Air Force has been procuring 32 F-35A multirole jets (under a project codenamed HARPIA). Moreover, it was revealed that Poland wants to speed up the MLU (Mid-Life Upgrade) of its F-16C/D Block 52+ jets (48 were procured). It has not yet been decided which components would be modernized, but it was hinted that Polish F-16s  will be equipped with the APG-83 SABR (Scalable Agile Beam Radar).

General Karol Molenda, who serves as a Commander of Cyberspace Defense Forces (Wojska Obrony Cyberprzestrzeni), pointed out that the Russian aggression against Ukraine clearly showed that it is possible to effectively prepare for an ICT attack.

However, this requires to develop certain capabilities and build a cooperation network.

“Thanks to international cooperation and an exchange of information, Ukraine is able to defend itself against this type of attack” – stated General Molenda, who at the same time hinted that apart from strictly defensive capabilities, it is also important to develop offensive skills, which he calls “active defense”. It was also noted that that it is no longer possible to carry out a land operation without a cyber-support.

Some conclusions highlighted at the Conference concerned Russia. And General Janusz Adamczak (Polish Military Representative to the NATO and the EU Military Committees) provided a stark warning. Although the Russian forces have been under performing in Ukraine, “Russia has a tremendous potential to regenerate its resource, including manpower. Thanks to a one-man, dictatorial style of command, it is easier to do so than in democratic societies”.

Simona Cojocaru (Romania State Secretary And Chief Of The Department For Defence Policy, Planning And International Relations) added an additional warning as well. Bucharest is “very concerned about a risk of a conflict in the Black Sea, that could spill out beyond Ukraine”. Romania believes that the Kremlin’s goal is to establish a corridor connecting Donbas, Crimea and Moldova.

Regarding the NATO Summit in Madrid, which will take place in late June this year, both Poland and Romania expect the Alliance to further strengthen the Eastern Flank.

Paweł Soloch (Head of the National Security Bureau) said that Poland will aim to transform NATO battlegroups into brigade groups.

Moreover, Warsaw expects that during the Madrid Summit both Sweden and Finland will get a green light to join NATO.

Featured Photo: Polish Minister of Defence Mariusz Błaszczak speaking at the Conference. Photo credited to Defence 24. This was the fourth edition of Defence24 DAY and for a report on the the third edition, see below:

Thoughts and Observations from Defence 24: Shaping a Way Ahead for Polish Defense