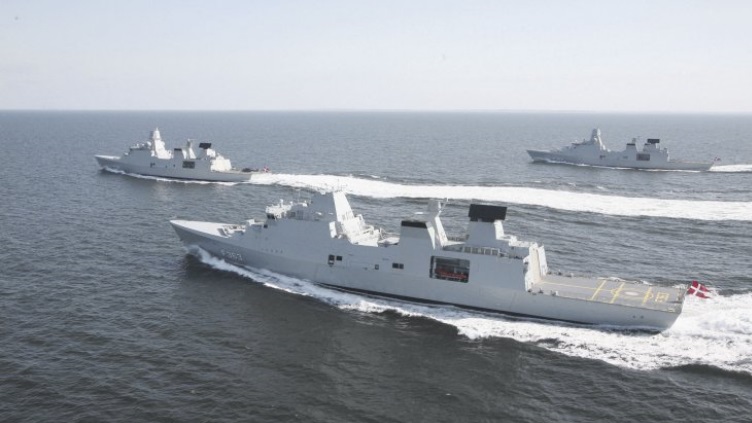 During my past visits to Denmark, I have had the opportunity to talk with the current head of the Danish Royal Military Academy, Rear Admiral Nils Wang.

During past discussions, we focused on the evolving Nordic Defense Zone from the Arctic to the Baltics.

With the Russian actions in Crimea and the Middle East, the Russians are demonstrating a clear military activism in support of Russian national objectives.

The Danish government has just recently released their defense agreement proposal to parliament, and this agreement highlights the need for increased Danish expenditures and focus on defense, in light of regional developments.

During my visit this October to Denmark, Admiral Wang focused on what he believes is the nature of the Russian military threat to Denmark as well as the importance of integrated air-naval modernization to address what he called a “reverse engineering” approach to deterring the Russian A2/AD threat throughout one might call the Nordic Zone of Security.

He discussed a briefing he gave last month to the Parliament’ s Defence Committee which addressed the question of whether investing in the Danish submarine force was a priority.

According to an article written by Anders Puck Nielsen and published September 21, 2017:

The Defense Commission of the Danish parliament yesterday conducted a hearing on the question of whether Denmark should reintroduce submarines and sea mines in the naval arsenal.

Both were phased out in 2005 but especially the importance of submarines has been a question of intense debate ever since.

Rear Admiral Nils Wang, commandant of the Danish Defence College, made some headlines in local newspapers with a statement from the hearing that an investment in submarines would be “a flagrant waste of money”.

Wang’s argument was that a military conflict in the Baltic area would encompass a Russian invasion of the Baltic states and a subsequent Russian defensive posture in the Eastern part of the Baltic basin.

Denmark would thus find itself in a position where the navy must play the offensive role in a mission to escort troops to the Baltic states under the support of allied forces counting several carrier strike groups located in the North Sea.

However, Wang does not see a role for submarines in this scenario as, supposedly, they do not give any particular advantage in ASW in littoral areas.

In our discussion, Rear Admiral Wang contrasted how he saw the Soviet-Warsaw Pact threat as opposed to the contemporary and evolving Russian threat.

The Soviet-Warsaw threat was one of invasion and occupation and then using Nordic territory to fight U.S. and allied forces in the North Atlantic.

In many ways, this would have been a repeat of how the Nazis seized Norway during a combined arms amphibious operation combined with a land force walk into Denmark.

In such a scenario, the Danes along with their allies were focused on sea denial through use of mines, with fast patrol boats providing protection for the minelayers.

Aircraft and submarines were part of a defense in depth strategy to deny the ability of the Soviets to occupy the region in time of a general war. He contrasted this with the current and evolving situation in which the Russians were less focused on a general war, and more on building out capabilities for a more limited objective, namely controlling the Baltic States.

He highlighted the nature of the arms modernization of the Russian military focused on ground based missile defense and land and sea based attack missiles along with airpower as the main means to shape a denial in depth strategy which would allow the Russians significant freedom of maneuver to achieve their objectives within their zone of strategic maneuver.

A core asset carried by the Russian forces is the Kalibr cruise missile, which can operate off of a variety of platforms.

With a dense missile wolf pack so to speak the Russians provide a cover for their maneuver forces. They are focused on using land based mobile missiles in the region as their key strike and defense asset.

Rear Admiral Wang quoted the open source Danish intelligence judgment that the Russians can mobilize quickly to seize and hold the Baltic states if they choose to do so.

And the Russians have developed cruise missile which make it difficult for allied navies to operate in the Baltic and adjacent waters to contribute to Baltic defense.

“The Russian defense plan in the Baltic is all about telling NATO we can go into the Baltic countries if we decided to do so.

“And you will not be able to get in and get us out.

“That is basically the whole idea.”

Rear Admiral Wang then argued for what he called a reverse engineering approach. “When people are talking about the Cold War as reoccurring, they are completely wrong.

“If the Russians are neglecting NATO’s deterrence deliberately or by accident?”

“Then we are in a situation where we go from a defensive to an offensive dynamic because NATO then need to kick them out again.

“If we are going to cope with that situation, the first thing we need to do is to neutralize the mobile missile batteries in the woods of Kaliningrad and along the borders of the Baltic nations.

“And you don’t do that with submarines unless they have strike capability.

“You do that with F-35s and with strike missiles.

“One needs to create air superiority, or air dominance as a prerequisite for any operation at all, and to do that NATO would need to assemble all the air power they can actually collect together, inclusive carrier-based aircraft in the Norwegian Sea.

“This is where the ice free part of the Arctic and the Baltic gets connected. We will have missions as well in the Arctic at the northern part of Norway because the Norwegians would be in a similar situation if there is a Baltic invasion.”

He argued as well for a renewal or augmentation of ASW capabilities by the allies to deal with any Russian submarines in the Baltic supporting the operation, notably any missile carrying submarines.

He saw a focused Danish approach to frigate/helo based ASW in the region as more important than buying submarines to do the ASW mission.

“And that is simply not the case.

“And especially not in the Baltic Sea where you can hide in the salt layers, where there is so much background noise that you are not able to hear anything in the same moment you start to accelerate yourself in your own submarine.

“The best weapon is a combination of Maritime Patrol Aircraft, ASW ships/ helicopters, satellites working together to destroy the Kilo class missile launchers in the Baltic.” The Admiral’s position is based in part on the arrival of the F-35 and notably the F-35 as a core coalition aircraft with a capability to work closely with either land based or sea based strike capabilities.

An alternative view to that of the Admiral was provided by a German naval officer who argued both that submarines were crucial for the operations he envisaged in the area as well as crucial to have a European autonomy in dealing with the Russians.

But without an F-35 force or without an ally with a flexible and significant nuclear force, it is difficult to see how the German naval officer’s view would square with dealing with the threat as described accurately, I would add, by Rear Admiral Wang.

Whereas the German officer was clearly focused on the Cold War threat, where certainly aircraft working with submarines were key elements in deterring an amphibious strike force, what Wang focuses on is an ability to go after mobile missiles in the area of interest supporting Russian occupation of the Baltics and operating via its offensive and defensive missiles at area denial of the Western forces.

Commodore Ulrich Reineke of the German Navy begged to disagree with his Danish colleague, saying that Germany finds submarines crucial for ASW and has good experiences with coordinated use of aircraft, surface units, and submarines for ASW in the Baltic.

Reineke also stressed the important role for submarines in intelligence collection and operations with special forces.

The disagreement also seemed to cover basic assumptions about the nature of the operations as the German point of view was that the regional powers must be prepared to manage a conflict in the Baltic Sea without external support from allies.