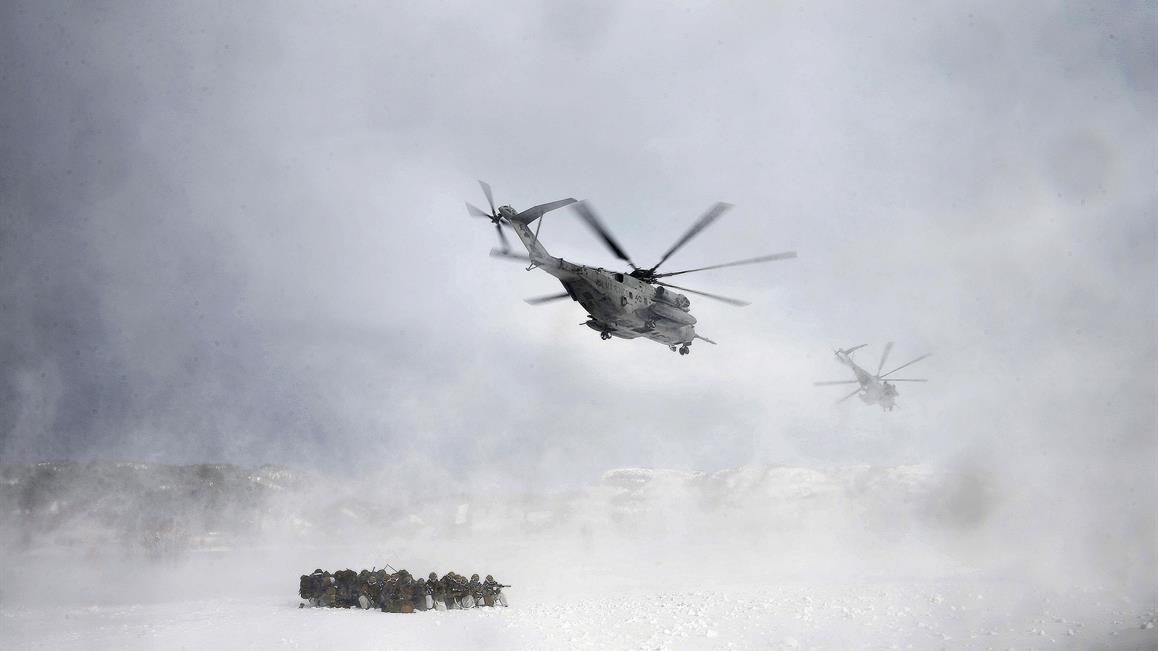 Trident Juncture 2018 will be a major NATO exercise. As the head of the Transformation Command in NATO, General Mercier,  put it last year:

“NATO needs to hold exercises on a large scale.

“Only this way are we able to test all the levels in the alliance: From the troops on the ground and all the way up to a strategic level, NATO needs realistic training, where we can combine operations in the air, at sea and on land. In Norway we get everything, this is one of the best places to train in Europe.”

It will be the largest exercise hosted in Norway for a very long time.

The first Trident Juncture exercise took place ​in Portugal, Spain and Italy from 3 October to 6 November 2015.

Around 36,000 soldiers and other personnel from over 30 nations took part in the exercise.

The next Trident Juncture will be held in central Norway in 2018 and is expected to be of the same size. Norway has a long tradition of hosting major allied and multinational mil​​itary exercises.

Among them is Cold Response.​​​​​​ Trident Juncture 2018 will consist of a live exercise in October ​and November and a Command Post Exercise in November 2018.

But seen from a Nordic perspective, the exercise is coming at a time when Norway is modernizing its defense force, working ever more closely with the other Nordics, including cross-border training with Sweden and Finland, and re-invigorating its total defense approach.

Indeed, with the return of conscription in Sweden, with the continued commitment to a national mobilized armed forces in Finland and to a re-emphasis on the total defense concept, the Nordics are leading the way within Europe on a wider societal commitment to defense.

With the importance of crisis management in the region, an ability to work effectively with allied forces operating on NATO territory supported by a total defense approach within Norway, is part of the effort to calibrate force capabilities appropriate to deal with regional crises.

As Norway reworks its air basing structure, and modernizes its air force, army and navy, along with changes in the broader North Atlantic, working deterrence in depth is underway as well.

For example, the UK will add a new F-35-enabled carrier able to operate in the region as a mobile base able to work with other F-35s in the region to shape a wider combat grid to support moves on the strategic and tactical chessboard necessary to deal with regional crises.

But to shape such capabilities will require an effective exercise regime, one in which Norway works to support allied forces appropriate to meeting effectively specific regional crisis situations.

It is not just about being reassured by importing allied capability, more generally; it is about integrating Norwegian with appropriate allied forces to meet specific crisis management challenges and military threats in the region.

During my visit to Norway during April 2018, I had a chance to discuss Trident Juncture with several Norwegian defense and military officials.

And at the end of the visit had a chance to focus specifically on the exercise and its interconnection with the Norwegian Total Defense Concept with Col Lars Lervik at the Norwegian Ministry of Defence who is working the preparation for the Trident Juncture 2018 exercise.

According to Col Lars Lervik: “A key focus of the exercise from the NATO side is exercising our ability to conduct high intensity operations in a multi-national environment.

“What we’re looking at here is confronting an opponent who has the whole arsenal available.

“We need to be able to function not only as individuals and individual nations, but actually function together.

“This is a key focus of the exercise.”

Trident Juncture 2018 is also a command post exercise as well and given that Norway is reworking its C2 capabilities as part of defense modernization, the exercise provides an opportunity to input multinational operational training as well into the transformation process.

Col Lars Lervik highlighted that “It is very important to ensure that we have the procedures in place necessary to operate an integrated force on Norwegian territory in a higher intensity operational environment.

“We are starting really to be serious about C2 again.

“We are working to shape an effective C2 template going forward.

“We need to make sure that all our structures are integratable with NATO.”

“It is not a coincidence that Norway volunteered to be the host for this exercise.

“We’ve been focused on getting NATO to focus back on collective defense for quite a while.”

The Norwegians are working at three levels with regard to C2.

The first is at the national level.

The second is at the NATO level.

The third is at the bilateral C2 level, namely working with the US, the UK, the Nordic non-NATO members as well as other NATO members, such as Germany.

There is a substantial maritime component within the exercise, which gets at the broader extended deterrence piece whereby the sea base becomes integrated into the defense of Norway and NATO forces operating on Norwegian territory as well.

Col Lars Lervik underscored that “Working with allied forces is also about the capability of Norway able to receive NATO and allied reinforcements.

“And that’s when a total defense concept comes into play for us to be able to fulfill our host nation support commitments.”

For Norway, the total defense concept is a focus on the ability of the civilian side of society to support military operations.

For example, the Norwegians do not have a specialized military medical service. The civilian side is mobilized to support both Norwegian and allied medical needs in times of conflict.  This will be exercised during Trident Juncture 2018.

Col Lars Lervik emphasized that “We need to be able to support NATO allies when they come into Norway.

“I think we’re making real progress with regard to civil society’s ability to support the Norwegian and allied militaries.

“For example, when the US Marines arrive in Undredal, Norway (in the middle of Norway), it could be a civilian bus driver on a civilian bus who will transport them onward to their next location. They might pick up fuel from a local civilian Norwegian logistics company.

“It is about the resilience as well with regard to civilian society to support military operations.

“We need to understand and to enhance how the modern society is able to function in a time of crises and war.” The featured photo is credited to the Norwegian Ministry of Defence.