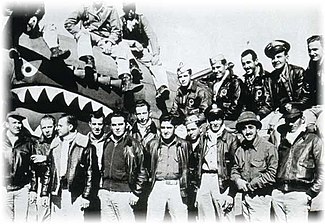 Commander James Durso SC USN (ret) has been one of our key “go to experts”  on many military Middle East issues since Second Line of Defense, our original website, was founded.  Now that we have expanded our website scope, with defense.info, he remains so.

Previously we had worked together during the early days of the Iraq War.

After the invasion of Iraq, our Office of International Technology Security OSD had the “reach back” responsibilities for supporting the Iraq Ministries of Transportation and Communications.

James Durso was at CPA Baghdad overseeing “security” for Ministry of Transportation.

Fortunately, our fighting forces managed to push further out a wider defensive perimeter so it did not happen again.

Consequently, as a very credible and experienced expert in ME combat theaters, he  has written a very thoughtful and provocative article in favor of a plan submitted by Erik Prince to change the strategy of US-NATO engagement in Afghanistan.

Durso makes a very strong case for President Trump to fundamentally reevaluate the current “Forever War” strategy,” something the President raised several times during his campaign to become President.

The most remarked upon feature of the plan was Prince’s suggestion that the effort be led by a “viceroy” who would answer directly to the President and command all military, diplomatic, and intelligence assets in Afghanistan.

This is known as “unity of command,” and has never existed in America’s long project in Afghanistan.

That person would need experience with the military and intelligence agencies, but no candidate may satisfy all the bureaucracies so the President (and Congress) will have to back it up by giving the viceroy hire-and-fire authority and control of the budgets.

Is this a pre-General Grant moment?

General Mattis USMC (ret) and now Defense Secretary Mattis has been at the highest levels of leadership fighting the Afghan war for almost 25% of the time the war has gone on.

He has put his very honorable and credible service to America on line in opposition to Erik Price’s plan:

“When the Americans put their nation’s credibility on the line, privatizing it is probably not a wise idea,” Mattis said when asked recently if there were any advantages to using a contractors in Afghanistan.

Yet there are important precedents for thinking through the proposed option.

For example, an American President during some very dark days early in WWII actually empowered one of the most effective “private” airpower fighting forces  in our Nation’s  history, the Flying Tigers. 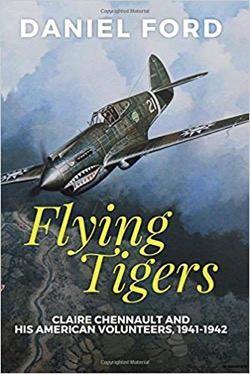 Early in the Second World War, in the skies over Rangoon, a handful of American pilots met and bloodied the Japanese Army Air Force, winning immortality as “Flying Tigers.”

Arguably America’s most famous combat unit, they were hired to defend beleaguered China for $600 a month, plus $500 for each Japanese plane shot down–fantastic money in 1941, when a Manhattan hotel room cost three dollars a night.

So when the Defense.info team asked him for his comments on our “Forever War In Afghanistan” James Durso was brutally honest on the current course of the US and NATO commitment to fight in Afghanistan:

U.S. forces arrived in Afghanistan two weeks after the 9/11 attacks in New York and Washington, D.C. and are still there seventeen years later.

The tab to date: over $840 billion for military operations, $126 billion for reconstruction, probably another $1 trillion for veterans’ health care, over 2,400 dead, and over 20,000 wounded.

The annual cost is $50 billion, more than the defense budget of the U.K.

Despite the cost in dollars and lives, there hasn’t been much progress.

The Afghan central government controls or influences under 60% of the country and “opium production in Afghanistan increased by 87 percent to a record level of 9,000 metric tons in 2017 compared with 2016 levels” according to the latest report by the UN Office on Drugs and Crime.

President Trump was channeling many Americans when he asked his national security advisor, “What the f**k are we doing there?”

Cost in terms of budgets, equipment, manpower and lives remains high for a set of objectives that remain unclear and beyond reach,

We have major challenges competing with Russia and China, and the later certainly are not investing in forever wars to the neglect of their core capabilities to support peer warfighting capabilities.

Representative ample of opportunity costs of the “Forever War”:

An F-35A in 2019 is expected to cost $85 million per unit complete with engines and full mission systems.

The Navy has awarded a $5.1 billion contract to General Dynamics Electric Boat for Integrated Product and Process Development of the COLUMBIA Class submarine, a next-generation nuclear-armed ballistic missile submarines designed to ensure a second-strike capability in the event of a nuclear attack on the United States.

“With a price tag of about $3 million, the U.S. Army’s Patriot missile is among the most sophisticated, not to mention costliest, surface-to-air defense weapons in the world. “ Washington Post

A National Security Cutter will cost approximately $ 682 Million per ship