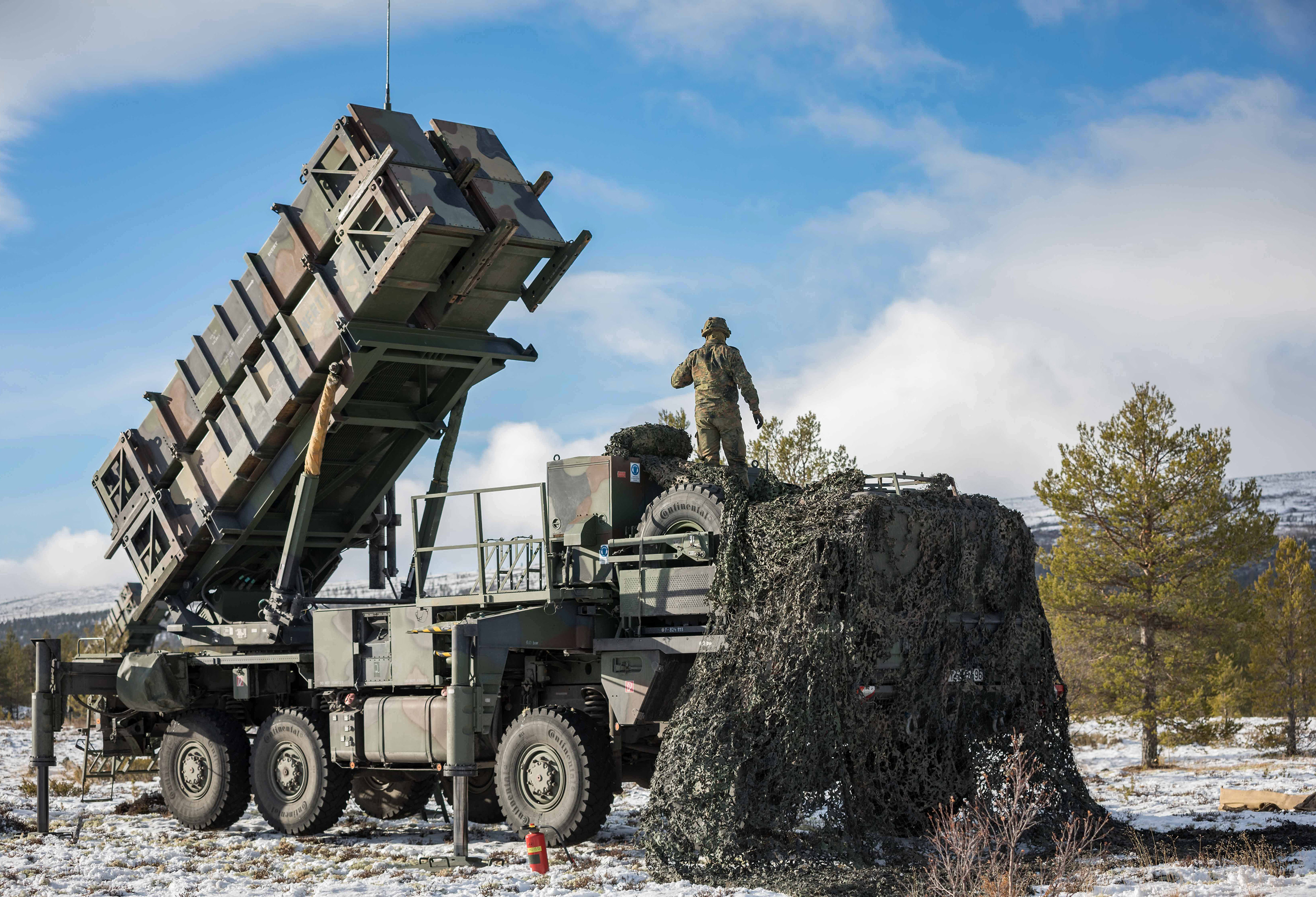 I spent a great deal of time in West Germany in the 1980s.

I focused a great deal on the Euromissile crisis in Europe and what would eventually become the INF treaty.

I put considerable effort into the rethink which led to German unification and the emergence of a United Germany.

At the time of the emergence of a united Germany what was certainly not clear was whether or not a German strategic elite would emerge that could shape an effective German national policy within a broader European and alliance context.

Or would the “victory” in the Cold War and the focus on economic growth and absorption within Europe of the relevant parts of the former Soviet Union become the German strategy within which the military would be a relatively unimportant player?

Returning to the questions posed in the early 1990s in the light of what is currently happening within Europe certainly underscores the absence of any real German strategic thinking or any real sense of what kind of military makes sense within the broader European and Alliance context.

After sliding into virtual oblivion, the German military is now receiving increased spending, and the trend lines are finally being reversed.

But not only is Germany nowhere near a 2% GDP spending on defense, but even more importantly, what exactly is the rebuild of German forces meant to do?

What kind of forces need to be crafted within the European or NATO context and for what purposes?

Investment is important; rebuilding forces is important; but even more importantly it is necessary to understand what kinds of forces and for what purposes Germany would build capabilities for European direct defense.

It is very clear from travelling in Northern Europe over the past few years, that the Nordics have certainly focused on the need for direct defense against a resurgent Russia.

And several Nordic strategists certainly recognize that Russia is not the Soviet Union and that they need to build forces, working relationships and concrete capabilities among themselves and with key allies to provide for credible direct defense.

The region has also seen the importance of total defense concepts to tie military modernization into a broader society wide crisis management approach.

What impact will the Nordic rethinking have upon Germany?

And with the end of the Soviet Union, two regions that were formerly under direct Russian dominance are not, and have become key areas which can further define the question of what kind of defense structure will Germany build.

The first are the Baltic states; and the second is Poland.

As Germany works its military modernization and rethinks its strategy, a core indicator of strategic thinking would be how Germany intends to reinforce the defense of the Baltics and Poland with a defense in depth structure.

The Franco-German calls to work together although interesting really do not solve the core German defense problem.

For France, nuclear weapons provide for the direct defense of France; this is not a German option or approach.

So what is the German direct defense approach?

Again, for me, simply raising the question of defense spending is relevant but not central.

After all the United States has spent significant money in the endless war and the engagement in Iraq which has very little direct relevance to building the force structure it needs for deterrence of China, North Korea or Russia.

It is about what forces to craft and how those forces are integrated into an effective crisis management approach, and certainly for Germany, one which has a European and NATO core aspect.

But that raises other key challenges.

With Europe in disarray, how will Germany build a defense capability, which can work with core partners, rather than the ever further away United European Army?

Let us get real; defense is national and needs to be crafted with core partners who will clearly act when necessary to defend one’s enlightened national interests.

And with the core conflict between President Trump and the German leadership, the nature of the evolving German and United States relationship is in play as well.

With little doubt the US military is the core partner of Germany; but political conflict in the United States, as well as within Europe, call clearly for Germany to come up with a clear-headed strategic approach.

But really will this challenge be addressed?

His core point was rather straightforward – whether it is a case of conflict deepening or European peace evolving, Germany needed a military structure which be ready for conflict or underwrite the peace.

His sage advice was simply ignored in the years that have followed, but if one goes back to his book his recommendations for what Germany needs to do with regard to shaping an appropriate force structure for the kinds of crisis management facing Germany and its allies remains as sound as when he wrote it almost 20 years ago.

“Germany’s geostrategic situation in Central Europe gives it a different role than those of its Alliance partners.

“Lying in the center of the continent, with more neighbors than any other European country, Germany is integrated into the Alliance as a land power with maritime interests.

“The term land power does not refer to any specific service, such as the army, but to the ability to successfully carry out operations on the ground and across territory.

“Air and naval forces contribute (sometimes predominantly) to this ability, the respective mix being a function of each operation.

“Germany must make a contribution to the pursuit of common alliance interests and the stabilization of the jointly agreed upon peace order in Europe.

“This contribution should be commensurate with Germany’s territorial size, its population and its political-economic weight.” 1

Of course, Germany has not done that.

But the question is that if Germany is now to address this power vacuum, what force structure modernization would allow it to play the most significant and effective role in the contemporary situation and looking at the decade ahead?

Of course, that is an open question.

But in his book, Dr. Mey did provide an appendix, which provided the core characteristics of a German military modernization effort that made the most sense from the standpoint of the evolving strategic environment, which Dr. Mey projected in his book.

These three appendices provide a judgment about the quality of arms technology,  the strategic core capabilities and ranges, and, finally, the operational and tactical core capabilities which the German military would need to possess to play its proper role within German foreign and defense policy. 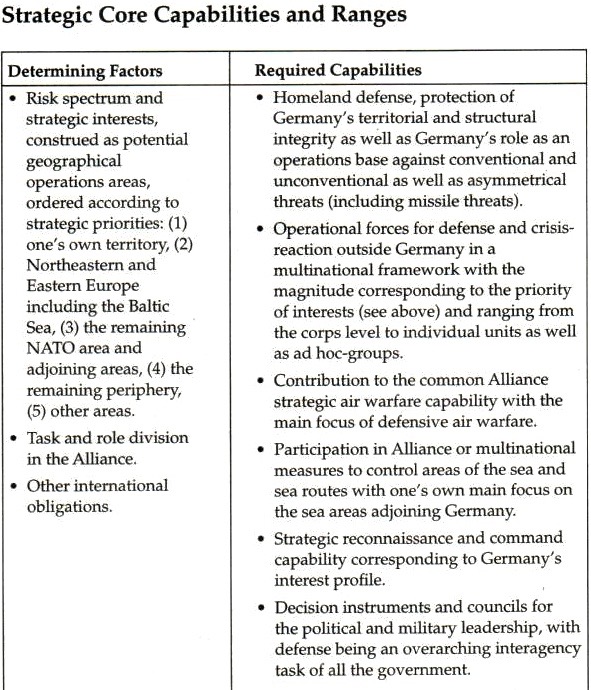 His charts provide a good starting point for looking at the immediate and mid-range futures for the Bundeswehr, although it would have been better that charts produced nearly 20 years ago would already have become the basis of policy.

The German dynamic is becoming increasingly central again to the fate and future of deterrence in Europe.

It is in the hands of our German friends, not the midnight tweeting of President Trump.

The featured photo shows Norwegian and German military personnel training with a PATRIOT surface to air missile system in Norway on Oct. 24, 2018 during exercise Trident Juncture 18.

Trident Juncture 18 is NATO’s biggest exercise in decades, bringing together more than 50,000 personnel from 31 NATO and partner nations. The exercise takes place in Norway.

And in 1999, I co-authored a McNair Paper with Dr. Mey entitled, “The Revolution in Military Affairs: Allied Perspectives.”


There are those who might say that the years of the 1980s seems so long ago.

But I would remind those who might feel that way, that working on the other side of the Euromissile and related issues in Germany was someone who was getting ready for the world stage. 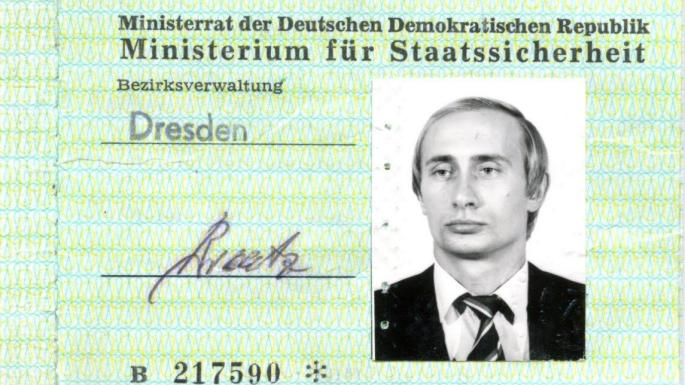 In an article published in The Times on December 12, 2018, Oliver Moody provided a look at the discovery of Putin’s Stasi ID card.

President Putin’s old Stasi identity card has been found after lying unnoticed for 28 years in the Dresden archives of the former East German secret police.

Mr Putin was posted to Saxony by the KGB from 1985 until the fall of the Berlin wall four years later, ostensibly working as a translator…..

Konrad Jarausch, a German historian at the University of North Carolina, said that Mr Putin had taken from his time in East Germany more than an understanding of the culture.

He said: “He understands somewhat more what German politics is about than he would without this experience.

“Of course, the fall of the wall only reinforced his anger at the decline of the Soviet Union that came afterwards.”