A few months ago the Secretary of Defense Mark Esper announced a broad review process in order to recalibrate the overall U.S. military posture overseas and align as best as possible the National Defense Strategy priorities – more effective forces to compete with Russia and China – with resources.

Such a review is supposed to be finished in September after each command has been examined, starting with US AFRICOM and US SOUTHCOM.

As the conclusions about a potential reallocation of U.S. armed forces from Africa to other theaters of operations are not yet fully known, a look back to assess the strategic value of the American tactical engagement alongside of its allies in the Sahel region reveals a success story which many people are not aware of.

According to a senior U.S. DoD official, ’With very few assets, the United States are providing asymetric value not only from a tactical viewpoint, but also in terms of its strategic effect.”

That ratio between a very light footprint and a high added value is indeed often lost in sight when considering a theater of operation covering some 4 million square meters.

The U.S. contingent currently deployed mostly in Niger is less than 1,000 men (800 according to most sources), while the type of support provided in support of the French-led Barkhane operation in the region does not require a large U.S. presence on the African continent.

The Barkhane Operation encompasses five major countries where instability due to trafficking and terrorist groups has been contained over the past years : Mauritania, Chad, Mali, Niger and Burkina Faso.

From the beginning, the French armed forces have been relying on the United States on three levels : ISR (intelligence, surveillance and reconnaissance), air-to-air refueling and strategic lift mostly for equipment and personnel when relief in place takes place.

These missions are for most of them carried out from a base outside of Africa (such as Moron in Spain for strategic lift and refueling) and even from CONUS (California as far as drones operations are concerned).

According to French Air Force General Cyril Carcy, currently based in N’Djamena as Deputy Commander of the Barkhane Operation, the U.S. assists in these three areas much less than it used to be just a few years ago (the level of support diminished by roughly half). 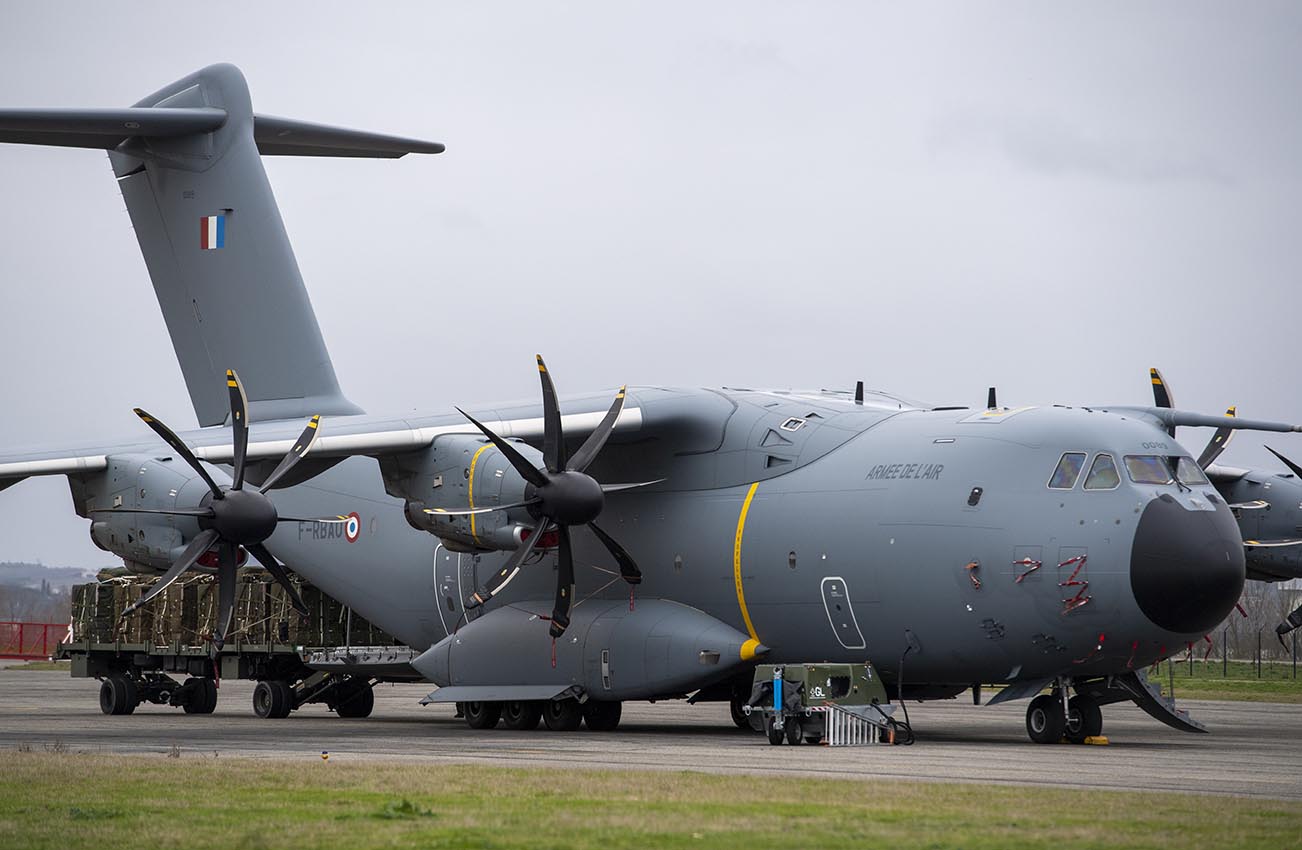 Over time, other European allies have started to engage and therefore new tactics, have been made available for a theater known as rather challenging as far as air support, and logistics in general, are concerned.

The coming of the A400M is a good illustration of such developments with both the French and Spanish Air Forces being able to use them on a regular basis. Recently the A400M was able – for the first time – to fly from France to airdrop supplies directly to forces engaged in a combined operation, a key logistics enabler.

Similarly, the planned delivery of a Bloc V Reaper in the coming months will give the French armed forces total autonomy in the use of the General Atomics-built UAVs already based in Niamey.

But for General Carcy ‘’even though our dependency on the United States has diminished, we really need their help, as everything will take us longer: we would be able to do it, but slower, and as you know fighting Djihaddists is above all a war of speed and a very short time-lapse is required between intelligence and strike. What takes us a month right now would take us a month and a half without the US help… “

The responsiveness of U.S. defense industries supporting the French equipment such as General Atomics for the Reaper and Lockheed Martin for the C130J is also very much appreciated by the French armed forces.

According to Carcy: ‘They are very flexible and listen: they always find solutions and never, ever say; ‘it is not part of the deal!’’

Although very discreet and accounting for about 50 to 60 million dollars according to various sources (the overall cost of Barkhane for the French ministry of the armed forces exceeds 600 million dollars each year), the U.S. support is considered vital by the French leadership and military.

A full withdrawal from that part of the world by those very targeted U.S. resources right now would send the wrong message, at a time when France has increased the level of deployment to 5,100 troops, while operating in an increasingly integrated way with African and European allies also more and more numerous to participate.

As the French chief of staff, General Lecointre, said recently before the French Parliament, ‘’if we had to do without [the Americans], we would do it. But, at a time when France is making a major effort and intends to put pressure on her European partners and allies, the political signal of a US withdrawal would be very negative.’’

Enhanced European capabilities have been seen but the U.S. engagement remains significant and clearly beneficial for the United States as well.

There are at least three major strategic advantages for the US for the current support arrangements:

First, the common fight against terrorism: our joint presence not only deters more Jihadists to come from the Middle-East to reinforce the Islamic State in the Greater Sahara, but helps downgrade their ability to reach out.

As the enemy in this part of the world essentially uses drones mostly for propaganda, Barkhane and the G-5 Sahel governments are very active in countering such media visibility and ability to recruit in order to commit more terrorist acts not only in Africa, but also on the US and European continents as well.

Second, the U.S. armed forces work closely with Barkhane command and have access to the French local expertise which goes back for centuries, and this domain knowledge includes knowledge regarding Russian and above all Chinese activities in that part of the world.

French HUMINT and insight are very complementary to the US SIGINT and IMINT… Before Covid-19 a meeting with Africom would take place once a month to share intelligence. ‘’Barkhane is also the perfect ISR observation platform regarding South Libya’’, notes the deputy commander, and the U.S. involvement can therefore be used as leverage for future contingencies (a look at the Juba rescue operation in South Sudan a few years ago is a case in point).

Third, with the withdrawal from Afghanistan (and a bit from Iraq and Syria), Barkhane provides an opportunity to preserve the knowhow learned from operating together in these theaters of operation, to keep optimizing our interoperability and jointly prepare for the future.

For General Carcy, the battle against terrorists is currently effective, as it has in particular recently included a major surge in allied operations putting an end to what became last year regular monthly attacks against African and Barkhane forces. The last attack, which took place in the infamous tri-border region (between Mali, Niger and Burkina Faso) threatening to host a new Islamic Califate, goes back to January 9th in Niger.

But it is clearly essential to make sure that the threat does not come back while the planned efforts by Sahel forces to expand their capabilities and responsibilities in the region take place.

The sacrifice of U.S and allied soldiers should not be in vain by simply abandoning the fight.

General Carcy and the French military are keen on making sure the death of the U.S. soldiers ambushed outside the Nigerien Tongo Tongo village in 2017 will not remain unpunished.

The perpetrators are known and are being pursued.

The equipment the terrorists stole from U.S. forces at the time – which the terrorists consider as ‘’totems’’ – are recovered when possible and returned to the United States via their Ambassadors in the region.

It is a matter of honor and loyalty and underscoring to the terrorists that they will not prevail.

This article was published in Breaking Defense on May 14, 2020.