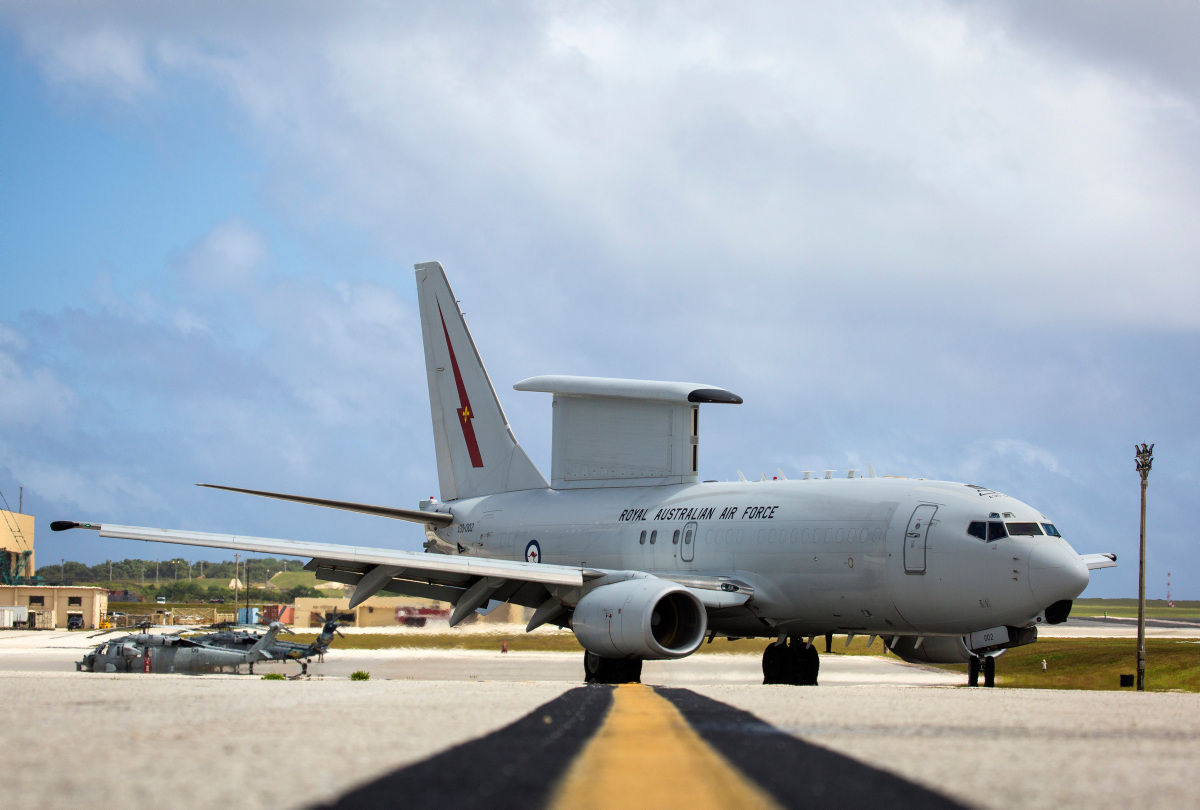 As NATO and the EU look to build relevant capabilities for today’s direct defense challenges, it is not only the United States as a non-European power, which is shaping European thinking with regard to the way ahead.

A little noticed but significant development is the growing impact of Australian defense and security transformation on a European rethink as well as collaboration on common projects as well.

The Australians are building an advanced 21st century combat force which they refer to as a “fifth generation force.” The Royal Australian Air Force is the most modern in the Western world, with F-35s replacing F-18s and they have shaped a power projection capability with the most advanced tanker in the world, the A330MRTT  built in Spain, with the C-17s and the C-130Js, with the new generation air battle management system the E-7 or the Wedgetail, with the replacement of the P-3 maritime patrol aircraft with the new P-8 manned and Triton unmanned systems, and launching a new loyal wingman unmanned development program to work with the force.

The concept of fifth generation for the Aussies proceeds from the F-35 to focus on shaping an integrated multi-domain force which can operate at distance from Australia but integrate with the modernizing Navy and Army into an full spectrum combat force.

The Aussies are reworking how to shape a more robust and secure infrastructure system and to find ways to enhance the sustainability of their force. The United States remains the core ally for Australia in the Pacific, but the Australians are expanding their alliance working relationships with Japan, France, and the United Kingdom.  They are building their navy through the acquisition of Spanish, British and French ships with integrated American-Aussie combat systems on these ships.

In visits shortly after the 2019 elections, the new Australian Defence Minister visited the United Kingdom to highlight the working relationship between Australia and the UK but one in which the Australians were no longer the little brother; but drivers of a rethink about the kind of combat innovation which a modern nation needs to defend its interests. In an article by Stephen Kuper published on July 10, 2019, the focus of the Minister’s visit to the UK was the focus of attention.

“The Australia-UK relationship is such an important one for cultural, government and defense reasons … There is no question that we are currently seeing the biggest realignment of the strategic landscape since World War II,” Minister Reynolds said.

“This focus on the rapidly shifting geo-political, strategic and economic paradigm – particularly the increasingly unstable nature of the US – has prompted a major realignment for both nations, with the UK beginning to embrace its traditional role of ‘great power’ and Australia beginning to embark on a recapitalization and modernization program that will see a quantum leap in the nation’s defence capabilities.”[1]

The Alliance piece is a crucial element of the transition as well which both Europe and Australia have in common. The well-known and experienced Australian strategist, Brendan Sargeant, put the challenge this way with regard to Australian and the reworking of alliances.

“The shift is clearly from followership to engagement in working relationships where leadership is shouldered or shared differently from the great power followership role which Australia has followed first with Britain and then with the United States.

“Working relationships with regional or global partners around specific issues and challenges are becoming “the real alliances.  They are being built in response to specific crisis or specific problems.”[2]

And in 2019, the Sec Gen of NATO has visited Australia and New Zealand to discuss common approaches to core challenges. The Sec Gen visit to Australia was highlighted in this August 9, 2019 story published by the Australian Department of Defence:

“The strong bond between Australia and NATO has been reinforced during NATO Secretary General Jens Stoltenberg’s visit to Australia from August 6 to 8, 2019.

The key point of the visit was to renew an Individual Partnership and Cooperation Program agreement on HMAS Hobart in Sydney. The Minister for Defence, Linda Reynolds, described the agreement as a “reinforcement of our relationship”.

Mr. Stoltenberg also visited the Australian War Memorial in Canberra with Senator Reynolds and met the Secretary of Defence, Greg Moriarty, and the Vice Chief of the Defence Force, Vice Admiral David Johnston, at Russell Offices.

Senator Reynolds said the agreement with NATO indicated “we are working very closely together, but now we have new challenges we’re both facing and we need to work more closely….”

Mr. Stoltenberg said the agreement “creates the framework for concrete cooperation”. “Australia is a highly valued partner for the alliance and we are extremely grateful for the support you provide to different NATO missions and operations,” he said….While Australia and NATO were far apart geographically, the agreement showed “we are the closest of partners.”[3]

The Australians have engaged in the Middle Eastern land wars with the NATO allies and are working through the strategic shift from those land wars in ways similar to European nations.

The Australian task force operating in the Middle East has led to close collaboration and the Australians are operating or will operate equipment in common with other operation nations as well.

With the F-35, European Aegis and European C-130J states, the Australians have close working relationships.

They are a key driver of the A330MRTT global enterprise. They have sold their advanced Air Battle Management system built with the United States, to the United Kingdom. They are operating P-8s and Tritons in common with others as well, most notably with regard to the Northern Flank states in Europe.

In the British base being built to operate the P-8, the Aussies will have an operating area for when they come to join in a common training, exercise or operation.

And with the COVID-19 exposure of significant supply chain vulnerabilities with China as well as the authoritarian engagement in information war during the crisis, Australia is clearly leading a way ahead with regard to how to deal with China post-Covid-19.

And here key European states working with Australia could shape a way ahead for the liberal democracies.

The featured photo shows a No. 2 Squadron E-7A Wedgetail taxing to a parking space at Andersen Air Force Base after returning from a mission during Exercise Cope North 20 in Guam. The Wedgetail is an example of Australia’s engagement in the direct defense of Europe, but this time stimulating change, not simply supporting set European solution sets.