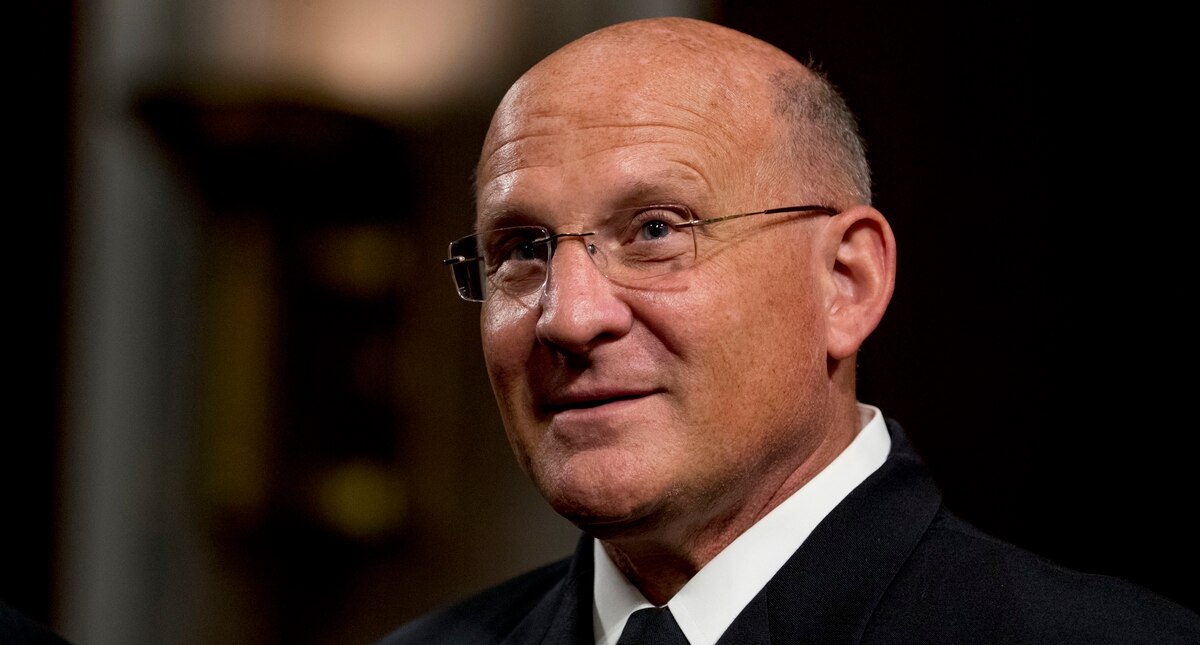 In recent testimony before the Subcommittee of the Senate Armed Services Committee on Readiness, Admiral Gilday, the Chief of Naval Operations, highlighted a number of key priorities going forward.

This is especially important as the Administration changes; and a new Congress convenes next year.

The Navy is focused on its return to blue water maneuver warfare, and the challenge of doing so against key authoritarian competitors seeking to change the global order to their advantage.

The Russians are ramping up for the 4th Battle of the Atlantic, and the standup and evolution of the 2nd Fleet are key part of  meeting the challenge.

The other part of the challenge is clearly China, not only in the Pacific, but setting in motion global basing options to support its evolving maritime fleet.

As the CNO put it: “Despite benefiting from decades of peace and stability, China and Russia are now using all elements of their national power to undermine the international order at sea.

“Both attempt to unfairly control access to rich sea-based resources outside their home waters. Both intimidate their neighbors and enforce unlawful claims with the threat of force.

“Both have constructed sophisticated networks of sensors and long-range missiles to hold important waterways at risk. And China, in particular, is building a Navy to rival our own.”

The response of the U.S. Navy is to work to enhance its global reach, and to work closely with allies and partners to ensure that the fleet can control the seas in “contested waters.”

The CNO refers to the effort as delivering “integrated all-domain naval power” globally.

Notably, he underscored the significance of evolving concepts of operations, and the networks which allow the fleet to operate more effectively within the global domain.  He clearly cautioned that to be able to deliver the kind of global presence needed, readiness levels must be enhanced. He underscored the importance of “increasing funding in our readiness accounts. This means more time steaming and flying, more ammunition and spare parts, more effective maintenance, and better infrastructure and training for our Sailors.”

After highlighting the importance of personnel to the performance of the fleet, he underscored the growing importance of better and, I would argue, different forms of, training for the fleet.

“Maintaining this competitive edge requires sustained investments in steaming days and flying hours as well as in virtual and constructive training.

“This delivers high quality training to the waterfront, modernizing our existing training through key programs like Ready, Relevant Learning which provides Sailors the experience to hone their skills between underway operations.

“Maintaining the edge also requires providing the ranges our Sailors need to train for the high-end fight.

“Without expansion, our Sailors cannot sufficiently train with longer-range weapons, or practice the tactics and techniques they will employ against a near-peer threat.

“We will continue to work with Congress, the local communities, and key stakeholders to ensure our aircrew and special operators can train effectively to win in combat.”

Having visited Fallon twice this year, I can reinforce that the training approach is changing significantly, and that the Navy is spearheading significant change for the joint force as well.

And the challenge of both funding and shaping ways to more effectively leverage training for the development of the fleet is crucial as well.

The CNO focused significantly on the sustainment challenge for the fleet.

This is the question both of ensuring high levels of readiness but also the ability to support the fleet, notably as the Navy pursues distributed maritime operations.

It is very clear that the logistics enterprise enabling the fleet is facing key challenges as well, challenges which need to be addressed.

Recently, I visited the Military Sealift Command and will report on how they are addressing the challenges raised by the CNO.

Notably, the head of MSC is a former carrier Admiral, which suggests how the Navy is focusing on the importance of MSC for the operational viability of the fleet.

This is how the CNO put it: “Our logistics enterprise and strategic sealift capacity are vital to a dynamic Joint Force operating forward in support of national interests.

“We are accelerating our sealift recapitalization strategy and improving the readiness of our Surge and Ready Reserve Force (RRF). PB21 increases resources for sealift operations and maintains service life extensions, while executing the efficient replacement of the oldest and least ready vessels first.”

He then addressed two core elements for shaping a more effective integrated distributed force able to be both more survivable and more lethal.

The first element is shaping ways ahead for enhancing the connected force.

As he put it: “Maintaining readiness ashore and at sea requires strengthening our digital fleet.”

Enabling a distributed force to work together enables the Navy to operate as interactive kill webs able to deliver distributed payloads to create the right combat effect required. He added:  “To fight and win at sea against a near-peer threat, we must arm the fleet with distributed payloads of increasing range and speed.”

And he underscored the importance as well of adding new longer-range strike weapons to the fleet as well, which are designed to ensure that adversaries cannot assume that they will be operating from sanctuaries, which the fleet cannot reach.

“We are rigorously developing hypersonic and directed energy weapons to increase the lethality and defensive capability of the fleet. Hypersonic missiles change the risk calculus for our competitors by providing conventional sea-based prompt, global strike capability.”

The CNO then concluded: “Maintaining our advantage at sea also demands growing the fleet with manned and unmanned systems; developing weapons of greater lethality; connecting our fleet with resilient battle networks; mastering all-domain, fleet-level warfare; and empowering our Sailors with intellectual overmatch to outfight our rivals.”

To be clear, this formula is one where enough viable platforms can operate in the distributed battlespace; with effective connectivity to ensure proper levels of integratability; with weapons in the fleet which can be tapped by the multi-domain force and used with the kind of lethality required to get the desired combat and crisis management effect, and a training approach which ensures that the combat force knows how to dominate the battlespace.

The CNO’s testimony can be read in PDF format below:


Or in e-book format below: