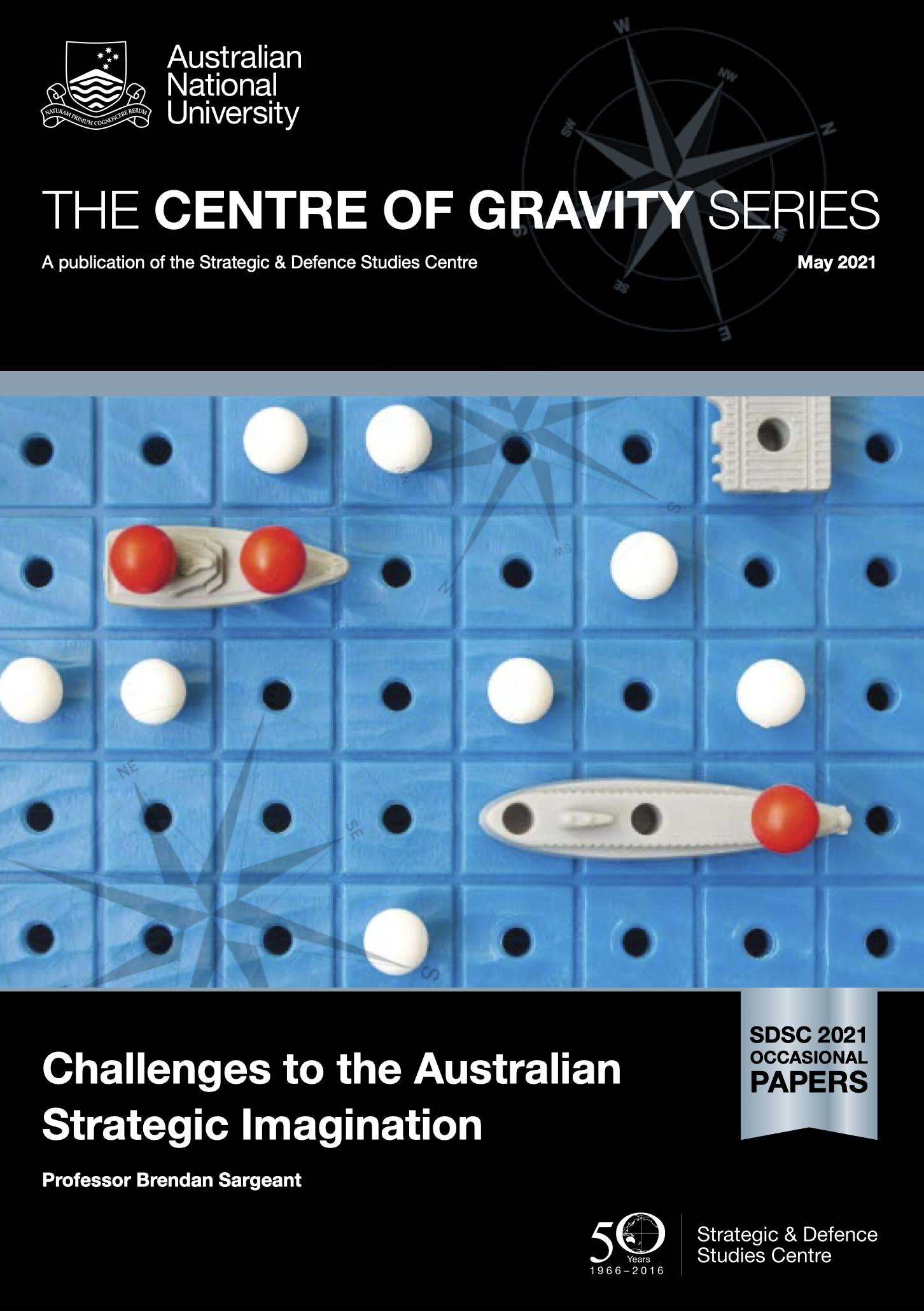 Recently,  Professor Brendan Sargeant, the noted Australian strategist, gave an inaugural lecture in a new series of lectures at the Australian National University on the evolving challenges facing Australia. He argued that underlying strategic policy is a set of assumptions about the world which make up the driving force of interpretative reality. As the world changes, simply continuing a particular path forward – which is a projection into the future of past assumptions about the world – can lead to policy disasters.

As he put in his lecture: “One feature of any crisis is that it highlights a need for change.

“When this is understood, the question becomes, how should this change occur?

“What are its costs and gains?

“How should we understand success?

“Why does success or failure occur?

“One way of thinking about strategy is to consider it as preparation for a future crisis.

“Yet, our capacity to envisage and prepare for a future crisis can be constrained by the limits of our strategic imagination, even as the crisis becomes visible and demands a response.

“My central proposition is that a strategic challenge of any magnitude is first a challenge to imagination.

In effect, events happen in the world. Publics and policy makers interpret those events on the basis of their pre-existing assumptions, and in the case of a nation’s policy making, pre-existing policy proclivities are likely to be followed unless discontinuity is recognized and understood.

It is especially important to grasp the nature of change and to debate it for there is no certainty that the assumptions held by any particular group are correct.

What Sargeant is calling for is greater capability to understand the proclivities of a policy system and how those proclivities and assumptions drive a policy decision not matter what the actual event may suggest is happening.

In effect, this requires a restoration, in the case of the United States, of an ability to debate policy without descending into the catacombs of social media assertion of one’s particular group’s operational theology.

In the case of Washington, I have always found it fascinating how when a new Administration comes to town within a couple of years, new definitions of reality dominate no matter what has really happened in the big world.

How then to be able to look at a global event and determine what it means?

My own proclivity is to think in terms of case studies, to take alternative assumptions to what that event might actually mean and how best to shape a response or not?

In the world of following the soccer ball approach to news and policy making, often what is really important is not even the focus of attention.

Sargeant underscores that a country’s identity is closely tied up with what its strategic assumptions and how those assumptions craft a narrative.

“A country is an imagined community – it possesses an identity created by the people who live within it, the stories these people embody and tell, both as individuals and communities. 7 A country is a larger and more complex entity than any individual human being, but as an imagined community, a country does not exist without the people who have created it out of their actions, stories, desires, and their sense of who they are and where they belong. A country will possess a strategic imagination which will have evolved over time in response to the influence of geography, history, culture, and the many other tangible and intangible forces that go to create a community and its vision of itself. A country’s strategic imagination is a living thing, dynamic and evolving in contact with the world, and full of contradictions. In those rare moments in a country’s history where a genuine choice must be made and action taken, a country’s strategic imagination becomes most visible.”

If we take this characterization to the American case, the rise of identity politics clearly fragments the underlying culture which drives the assumptions under which that country then can imagine its place in the world.

This is of course important for Australia as Australia faces the major shift in its strategic focus to find its leadership role in the Indo-Pacific world.

As Sargeant puts it: “Perhaps the deep purpose of strategic policy is to help create Australia by charting a future and giving meaning to the past. Strategic policy and its expression in action through strategy builds national identity; national identity validates strategy. Yet our language can lack authenticity. We use terms such as ‘creative middle power’ to describe ourselves – or we ‘punch above our weight.’ These are clichés, a tired rhetoric designed to mobilise political support and unlock resources, provide talking points for politicians and officials. Our policy and strategic documents repeatedly reference the “rules-based global order” and of the US Alliance as the foundation of our security. 19 We avoid the arduous task of self-creation and instead deploy these clichés as a shield against our anxieties. Yet the Indo-Pacific asks us: how long will this rhetoric, increasingly nostalgic in tone, make sense?”

The question of where Australia fits into the evolving Indo-Pacific world, and how to shape a realistic and effective leadership role is a key one for the liberal democracies.

With the 21st century authoritarian states clearly focused on making the world a thriving place for their culture, their economies and their way of life, they have worked inside the systems of the liberal democracies through various means as well as directly assaulted them globally.

And as the global authoritarian powers shape global reach how does this change the situation for Australia?

Sargeant addressed this in part in his discussion of strategic space.

“Australian strategic policy and strategy have always grappled with the profound influence of geography as both a constraint and an opportunity. Australia’s geography provides challenges in communications, logistics, and force disposition. From a strategic perspective, it provides both the luxury and the challenge of distance. In a strategic environment of reducing strategic space, the challenge for Australian strategy is to determine which force disposition and design is going to provide the most flexibility and embody the best recognition of the reality of our strategic environment.9

“In this context, how we conceptualise our strategic geography in the context of a changing strategic order is a challenge to strategic imagination at many levels and in many ways. We live in a maritime environment, but on a continent sized island. Australia has a history of sending expeditionary forces to other parts of the world as part of a larger alliance or coalition engagement on the basis that Australian security is often best served by participation and maintenance of larger global strategic systems from which Australia benefits. Yet Australia is also an island continent, which brings with it a concomitant obligation to provide for its defence, but also creates a sense of security because any invading adversary would face almost insurmountable obstacles.

“But is this changing? We have always thought about geography as providing us with space. But in a world where space as a strategic resource is diminishing, do we need to reconceptualise our strategic geography to take us beyond, for example, the demarcation of continent versus archipelago, or do we need to see that geographical space as a single continuous environment? In this context, recent developments in Australian strategic environment have emphasised the need to focus on our near region as an arena for strategic contestation. 10 This has given a renewed prominence to the question of our strategic geography, our capacity for self-reliance and the terms of our participation in larger regional and global strategic systems. How we understand and conceptualise our geography is an imaginative challenge before it becomes a challenge for policy and strategy.”

What are the meaning of current events which occur?

How to place those in a dynamic context of change?

How can we roll back the social media cramping of the space in which to DEBATE and exchange perceptions and assumptions with regard to what we see?

Although Sargeant’s lecture is about Australia, it is clearly more than that.

“The work of strategy is to create the path towards that world, responding to all the known and unknown impediments that are likely to emerge.

“The art of the policy maker and the strategist is to bring imagination into the world of experience and through this to create strategy that can change the world.

“In times of great change, the challenge is to imagination, for continuity in strategy is likely to lead to failure.”

A PDF version of his lecture can be found here:

Or read as an e-book here:

Or the lecture can be viewed below: