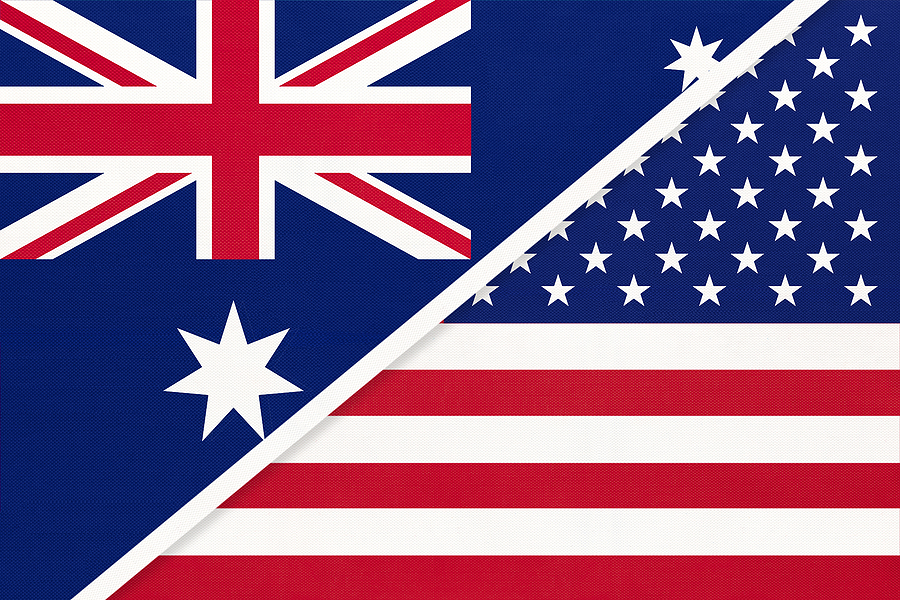 It is now in play and it is time to realize that the Pacific is coming to a boil with Chinese’s state media being very bluntly directly threatening Australia.

“China has a strong production capability, including producing additional long-range missiles with conventional warheads that target military objectives in Australia when the situation becomes highly tense.”

The great rule often stated that if someone is threatening to kill you is that it is best to believe them. One is immediately struck that the Chinese statement highlighted the word “conventional warheads,” as well as implying an arms race in strike weapons along with escalation pre-emption by highlighting striking “when the situation becomes highly tense.”

Stressing a conventional warhead attacks is a  strategic goal of China to avoid triggering any discussion inside the Australian political process of that nation developing an independent nuclear strike force. The PRC is well aware that Atlantic nations have nuclear situation in which Russia faces three nuclear powers: the United States, the United Kingdom and France. However in the Pacific, it is reversed with Russia, China and North Korea having nuclear weapons facing the United States as a nuclear power.

It is best to always leave stepping into the strategic nuclear deterrence warfighting world to the citizens on the nation considering supporting such a move. However, the great peacetime and wartime combat conventional warfighter alliance between Australia and the United States has historically proven to be strong and lasting.

What makes it an equal partnership is Australia is not only always metaphorically “punching above their weight” but they have proven to have invested in an advanced Air Force, and Navy and are working to have a very capable 21st century kill web enabled force.

The challenge for Australia’s conventional deterrence strategy is distance and the F-111 answered that need earlier for the Australian Defence Force (ADF) The greatest long distance raid by USAF F-111, was codenamed El Dorado Canyon a successful attack from England, flying around Europe to attack Muammar Qadhafi in Libya, with a total out and back route of flight of over 7000 miles.

When looking at Pacific distances from Australia, the distance from Australia to PLAAN Hainan Island sub-pens/and their navy port from Australia is less than 3000 nautical miles the Heavenly Gate in Beijing slightly less than 4000 miles. Consequently, the PRC best note that there is a famous flying event ordered by Admiral Nimitz right after WWII which was the flight of PV2 “Truculent Turtle’ flying non-stop from Perth Australia to Columbus Ohio with a crew of four and a baby kangaroo. The Navy aircraft covered 11,235 miles.  That record stood until enter the USAF and B-52s in the early sixties.

And as former USAF Chief of Staff Buzz Moseley put it very succinctly that US and Allies shoot back: “There is not a place on the face of the earth that the USAF will not fight their way into.”

The current direct PRC threat leads immediate expediency to help Australia in their quest to replace the F-111 by long range strike capabilities.

And as the ADF does so, and examines options, clearly the United States is a key partner. Such a US/Australian partnership  reaches back to very early in the twentieth century, when sea power ruled the Pacific.

This was the first time a non-Royal Navy ship was in Australian waters, and history records that “Australia ordered its first modern warships a purchase that angered the British Admiralty.”

In the long term, the Australian government is committed to building long range strike and has committed to spending serious money in this area.

But that is in the mid-term, what does Australia do now as part of a crisis management approach to such a threat?

There has been a growing focus of attention within Australian defence with regard to having longer-range strike options inherent within the ADF.

For example, Marcus Hellyar recently posed the possibility of Australia perhaps acquiring the B-21 from the United States, but this is a mid-term option at best.

Again, what does one do now to respond effectively to dangerous sabre rattling?

Clearly, this is an area where cooperation with the United States can provide both allies with enhanced deterrent options now and shape a more effective way ahead in the future. For Australia, it is about how to build in long range strike into the ADF over the mid-to-long term.

For the United States, it is to better understand how bombers and the U.S. Navy fleet can work much more effectively together.

In other words, there is an option which provides a building block for the way ahead with regard to a long-range strike enabled ADF and for the United States to learn how to more effectively operate its joint naval and air capabilities in the Pacific both with their own services as well as with allies.

In the past, the United States has brought B-1 bombers to participate with the ADF in Northern Australia. Now by deploying a rotational force of B-2s to the North of Australia, a stealth bomber capability could be brought to the defence of Australia. It would be an important input to responding to China, but also, simply underscoring to the Chinese that their military buildup in the Pacific and specifically directed against Australia is not in their own interest.

For now, it is a modest response, but already USAF bombers integrated into the ADF has to be taken seriously with regard to any continued direct threats against Australia.  By training the Royal Australia Navy and the Royal Australian Navy to work with the B-2s, B-1s and B-52s, those two key Australian power projection forces can train with an operational long range strike asset. What can be demonstrated is that long range strike is not primarily focused on downtown Beijing, but primarily upon enhancing the deployed naval and air force by providing rapidly deployed enhancements to air-naval task forces throughout the Indo-Pacific region.

Australia could also determine if the B-21 is the right fit or are their other ways to bring longer range strike to the operating force? It would also help guide the way ahead for building out the kind of sovereign missile industry Australia desires. It is not simply about buying extant U.S. or European kit. For it is also clear that allies like the United States need a different approach then they have followed to date to get a less costly and more effective mix of strike assets as well.

And as the United States shapes a more effective support to allies approach in the region, a key part of what the US Navy and the US Air Force clearly need to work on is much more effective integratability of the bomber force with the operating fleet. In our forthcoming book for USNI Press on maritime kill webs, 21st century warfighting and deterrence, we argue that a kill web approach both empowers significantly greater collaboration between the air and sea services but does so in terms of having a more survivable, lethal and distributed force with integration of bomber and fleet operations. And this is not about preparing to fit World War III; it is about effective crisis and escalation management.

Part of the way ahead, would be to build reinforced bases from which U.S. bombers could operate in the near to mid-term as Australia builds out its own desired capabilities as well. These clearly would be used for rotation to exercise with the ADF or to reinforce Australian defence in a crisis.

It is about taking the U.S.-Australian alliance forward in an effective way to deal with the defence of Australia today and not simply speculate about the long-term options. It is about also demonstrating to the Chinese leadership that bullying is not going to lead to the compliance of the liberal democratic states to the future Chinese global order. The Chinese leaders need to pause and consider what Australia as an arsenal for democracy might mean to their future as well.

For a detailed examination of the recent evolution of Australian defence strategy and policies, see the following:

For an earlier version of this article published on Breaking Defense, see the following: