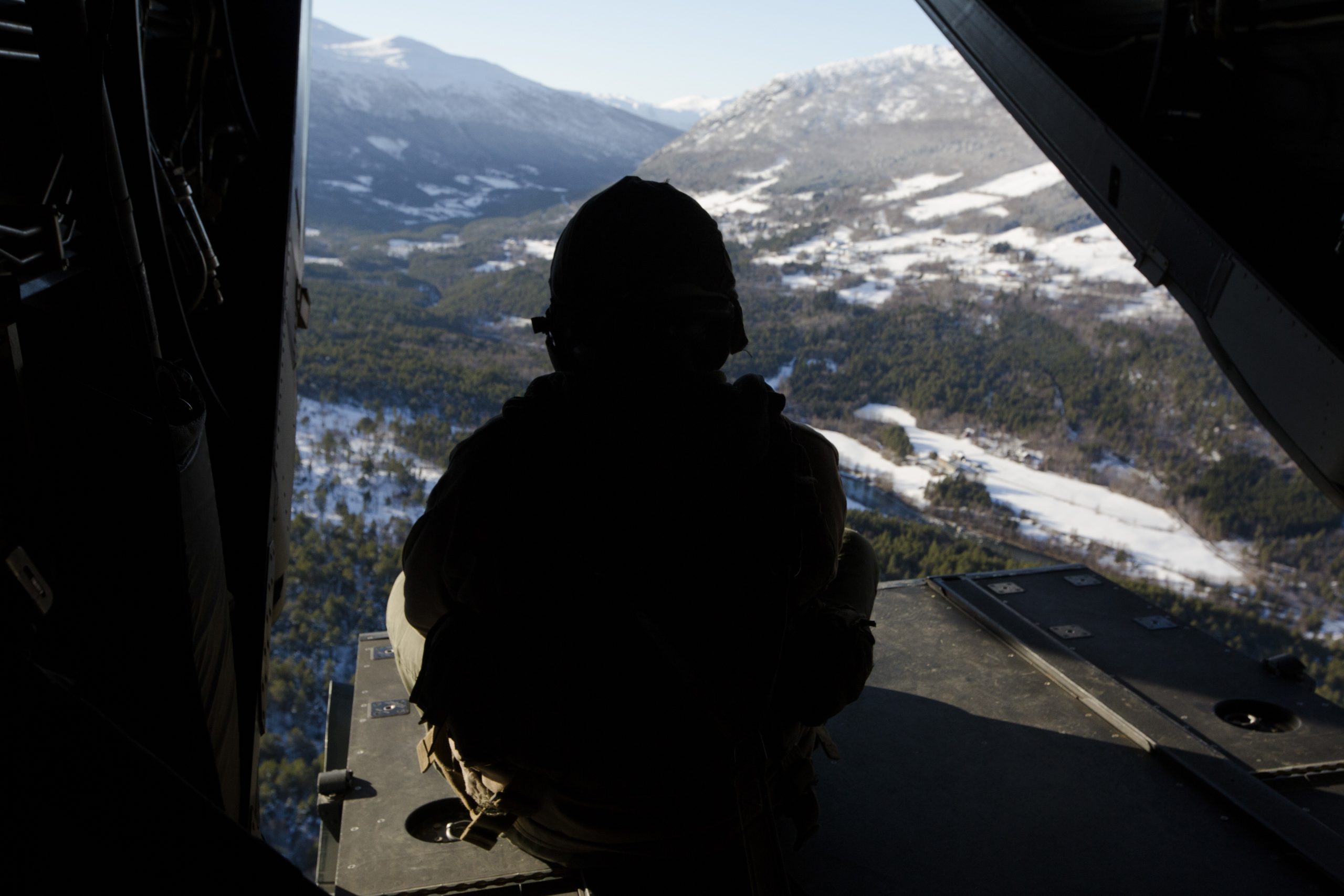 With the launching of the new version of Second Fleet in 2018, Admiral Richardson, the CNO, set in motion the process of working maritime force transformation for the 4th Battle of the Atlantic. As that reworking unfolded, the only NATO operational command on U.S. soil has been set up in Norfolk, Allied Joint Forces Command, and both commands are under VADM Lewis.

In addition, the Nordics – two members of NATO and two not – have focused on enhanced integration and defense transformation in the wake of Russian actions in the seizure of Crimea.  As I wrote in my book with Murielle Delaporte:

Nordic defense and security cooperation are part of a broader global trend in which clusters of states are working together to enhance their ability to enhance their defense and security against the return of Russia and the rise of China. Clusterization is the next phase whereby liberal democracies do more for themselves in their joint defense rather than simply relying on diplomatic globalization initiatives through organizations like the EU or NATO to do that for them.

“Clusterization” is key to generating enhanced capabilities that can work interdependently with key allies outside of a regional cluster to reinforce the capabilities in a realistic and effective way to deter core adversaries. In the case of the Nordics, clearly the United States is the key outside power, with Brexit Britain and those states within continental Europe which have capabilities which can show up effectively to bolster the underbelly of the Nordic region are the key players that can reinforce Nordic defense.

But at its heart, the Nordics need to bolster their own capabilities as well to work more effectively with their offshore allies and their continental European partners. But to be blunt: this requires looking more realistically at what the defense of the Nordic region means against the evolution of Russian policies, strategies, and capabilities rather than simply to assume that NATO as a multimember alliance will simply show up.

The Trident Juncture 2018 exercise in Norway is a good example of how a leading Nordic nation is rethinking its policies. On the one hand, Norway is working their national mobilization approach, and on the other hand, they hosted several allies within Norway, and in part, it is a question of what capabilities can be brought in a timely manner that would really make a difference in a crisis.

It is not simply a question of showing up; it is about blending those domestic and allied capabilities into an effective crisis management force against specific and targeted Russian threats. But providing for enhanced Nordic capability within a broader transatlantic framework remains a work in progress, notably when measured against Russian activities, behavior, and evolving capabilities.

To the point about the blending of what the Nordics are doing and shaping in terms of defense capabilities, the question on the U.S. is what capabilities were are bringing to bear into “an effective crisis management force against specific and targeted Russian threats.”

This has been a core focus of VADM Lewis and is discussed in the interview which we recently have done with him. Here he focused on the importance of shaping a distributed integrated force into which allies, and American forces can work closely together. And are able to do so with the right kind of mission command structures enabling the distributed for force to operate effectively at the combat edge.

A key element which needs to be worked for sure is how American and allied airpower integrates effective with the distributed maritime force to deliver the desired combat and crisis management effects. With the recent exercises involving U.S. bombers operating from Norwegian bases, and provided fighter escort from the Nordics, one part of the equation is in play. Another part of the equation is the role of fifth generation aircraft, which the joint force will provide, in the case of the USAF operating in the future from RAF Lakenheath, the UK F-35s operating from sea, or the Norwegian and Danish F-35s from their national territory or forward deployed to Iceland, or other locations in the areas of interest.

But what is the role of the USMC?

Or better yet, what could be the role of the USMC?

The North Carolina-based Marines have equipment pre-positioned in Norway and exercise frequently with the Norwegians. And through the Cold War and beyond, those Marines have had the mission to show up to reinforce Norway in a crisis.

But in an era where there is a stated desire to have greater Marine Corps integration with the Navy how might this change?

And in what ways?

The answer in part needs to be generated by the geography., the missions and the allies.

The geography sees the growing role of the High North, and the question of using land space for operations rests on what particular allies will value and permit in a pre-crisis situation up to a full-blown crisis situation.

If one looks at the geography, it is clear the impact which enhanced Nordic integratability can have on rethinking what the Marines might do to reinforce the air-sea battle, which is really where the U.S. Navy is going in its reset to be able to fight and prevail in the 4th Battle of the Atlantic.

Given the priority concern which the Navy has with regard to Murmansk and the Kola Peninsula, those allies best positioned to reinforce U.S. and allied efforts are crucial to the warfighting and deterrence effort.

This means that Iceland, the Kingdom of Denmark (Faroe Islands and Greenland), Norway, Sweden and Finland are the anchors for effective deterrence in the region and can clearly shape the outcome with regard to any Fourth Battle of the Atlantic.

What can the Marines bring from North Carolina which would make the most SIGNIFICANT impact?

There is much discussion with the USMC about how best to organize the force elements within the Corps and much of it has resolved around creating smaller units than the MAGTF, the MEU or the MEB.

This would mean taking reconnaissance or strike teams out of the integrated and scalable Marine Corps force and make them contributors to the joint force in the air-sea battle.

That is one way to look at it.

But if one looks at the impact of Nordic integratability and the importance of reaching back to the air-maritime force operating across the arc of the North Atlantic with North America as the force generator up against Russian force projection, then two key roles for the USMC can be readily seen.

The first is to be able to provide the anchor for American forces operating from Nordic territory as part of the 360-degree air-sea-land battle.

By deploying a MAGTF to operate with all four Nordic nations, the Marines could provide not only contribute to enhanced forced integrability across the Nordic region, but with evolving C2, ISR and strike capabilities could reach back to the joint and coalition force operating in the extended battlespace.

In other words, they could support Nordic air-sea-land integration, and support a distributed integrated U.S. and non-Nordic allied force as well. And they could make best use of the equipment which the Marines already own and operate as they gradually add new capabilities over the decade.

The second key role is for the North Carolina-based Marines to become the U.S. center of excellence with regard to working in the region.

They could work language skills, including Russian.

They would acquire the appropriate Cold weather gear so that they can deal with the old Norwegian saying that there is no bad weather, only bad clothing.

And they could regularly exercise in the region and learn how to work with states that are reintroducing conscription and clearly focused on how to use civil society as part of the overall defense effort.

And the approach to MAGTF integration shaped in a Nordic context provides a number of technological and skill set evolutions relevant to any global role for USMC forces..

In short, rather than being a task for the U.S. Navy to sort through how best to leverage what Marines can do, the Marines would be at the center of working a key capability which clearly enhances the lethality and survivability of the fleet.

Even better: this generation of Marines would learn how to prepare for the high-end fight with people whose very existence rests on getting this right.

A MAGTF working a regular exercise regime across the Nordic region could function as an anchor for the joint force and its engagement to provide scalable forces in support of Nordic defense, with the Marines providing a key role in working on the ground with regard to Nordic integration itself.

This is the first a series of articles discussing the concept of a Nordic deployable MAGTF working with Nordic integration and the reworking of North Atlantic defense by the Norfolk commands.

Reworking the Sea Base and Cross Decking of Air Combat Assets