Recently, Finland announced their decision with regard to a new fighter.

At the same time, Belarus and Russia are using migrants as battering rams against Europe, Russia is moving force against Ukraine, and this summer Sea Breeze 21 turned into more of hybrid-warfare event than an exercise.

These events may seem disjointed, but they are not.

When I did a study for Andy Marshall in the early 1990s after the Fall of the Wall and subsequent liberation of states from the former Soviet Empire, I focused on what I believed to be the fundamental long-range threat to the newly emerging European security order.

And my study, backed by visits to the region, focused on the corridor states ranging from Turkey through the Black Sea to Ukraine, to Belarus and the Baltic States. 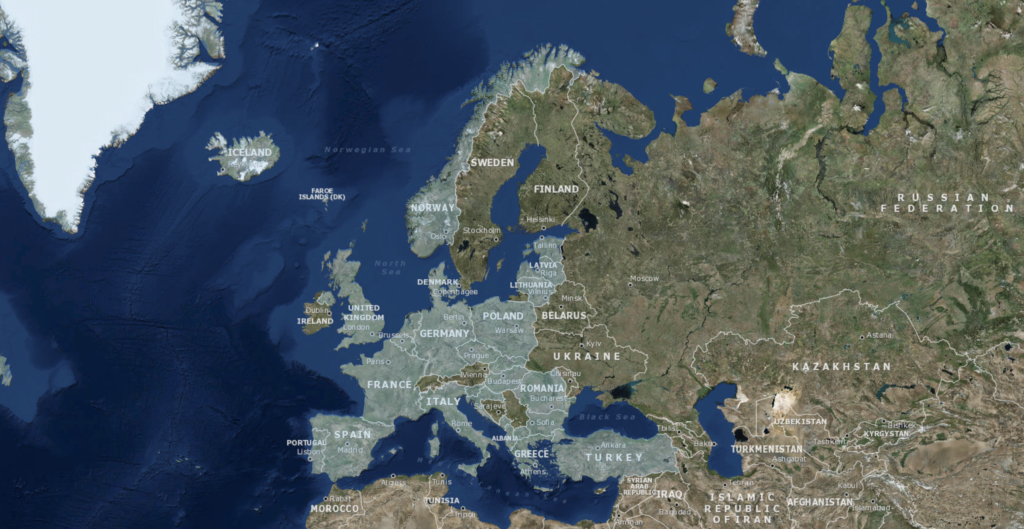 These states had an uncertain future with Europe and represented key players for the Russian rump state.

What this means in blunt terms, is that there is much uncertainty about the future of Russia and the European order generated by states which have never been within the settled order except by inclusion in the empires which have flowed throughout Russian and European history.

A key response of the Nordics since the very evident breaking of the post-Cold War order by the Russian seizure of Ukraine, has been enhanced cooperation among them despite two states being in NATO and two not.

Finland is really a key state affecting how the Russians play the game deep into the corridor which astride Europe and Russia.

My travels to Finland and continuing discussions with Finns have taught me much about how they look at the evolving strategic situation and when one looks back at the history immediately after the collapse of the Soviet Empire, one sees a key initial fighter decision which occurred at a key inflection point: Wither Russia and Europe with the collapse of the Soviet Empire?

This what I wrote during my 2018 visit to Finland, I took a look back at the acquisition decision made shortly after the collapse of the Soviet Union and how that was linked to what would become the F-35 decision.

The Finnish government is set to acquire 64 new fighter jets for its air force.

This is occurring as Nordic defense is being reworked, and the Northern European states are sorting out how to deal with what the Finnish Defense Minister Jussi Niinistö has referred to as the “new normal” in Russian behavior.

“It’s important that our armed forces have the equipment that they need to fulfill all of their fundamental roles,” said Niinistö.

Niinistö has described Russia’s more unpredictable behavior in the greater Baltic Sea region, particularly in the areas of political influencing methods and security policies, as the “new normal”.

“Changes in the security environment and the multi-purpose use or threat of power have become a new normal. Russia has shown in Ukraine and Syria that it possesses both the capacity and the will to use military power to push its goals,”

The new combat aircraft will be part of an integrated Finnish defense force in the evolving strategic environment of the 2020’s.

It is important to remember that the last major acquisition also occurred in a significant period of change for Finland in its strategic neighborhood.

With the collapse of the Soviet Union, and the dynamics of change in the new Russian republic, Finland was able to negotiate its way out of the Cold War agreement with Russia in which Finland was committed to cooperate with Russia militarily in the case that an aggressor was threatening to use Finnish territory to attack the Soviet Union.

The agreement required mutual affirmation of the threat and the engagement but nonetheless was a major curb on Finnish military independence.

With the end of this agreement, and then the unification of Germany, and the opening of a new chapter in the development the European Union, Finland positioned itself for membership in the European Union in 1995.

The EU treaty contains a mutual security agreement for all of the members as well.

It was in this period of dynamic change, that Finland acquired new fighters for its air force, F-18 Hornet aircraft.

In 1992, the Finnish government placed an order for 64 McDonnell Douglas aircraft.

And at the time of the sale a Finnish diplomat explained the deal this way:

“Until now, Finland’s neutrality made defense procurement difficult. But from now on, Finland will defend herself by her own means.”

In other words, much like new fighter aircraft will be purchased in a new strategic context of the 2020’s, the first big modernization of the Finnish Air Force in the post cold war period occurred in a period of significant strategic change.

Buying fighter aircraft for Finland is a challenge but clearly connected to a broader strategic context.

This was well summed up by the distinguished Finnish historian, Henrik Meinander, in his 2013 book on the history of Finland as follows:

“The government emphatically denied that there were any security policy considerations behind the purchase of the Hornet, but everything points to the contrary.

“The acquisition of modern defense technology has always had a political dimension, since the supply and maintenance of equipment necessities continuing collaboration with the foreign manufacturer.

“It was only two months earlier that Finland had submitted its application to the EC/EUU, and it was doing all that it could to show that it was a country whose defense and security policy would not be a burden for the EU.

“The pilots were sent to the USA for training, and the first jet planes were flown across the Atlantic in 1995.

“Cooperation increased in the period 1996-2000 as 56 of the jets were assembled in Finland and gradually connected to the NATO satellite system and other technical infrastructure.”[ref]Henrik Meinander, A History of Finland (Oxford University Press, 2013), p. 195.[/ref]

During my visit to Helsinki in February 2018, this is what one Finnish analyst had to say about the challenge in acquiring the Hornets, but also the significance of the acquisition:

“With the collapse of the Soviet Union, we lost a significant market and we had a huge recession with unemployment rising significantly.

“If the decision had been delayed, it would not have been made.

“The purchase of the Hornets expanded dramatically the cooperation with the United States and other members of NATO and allowed cooperation to become real.

“And this also laid the foundation in the United States, that Finland is a credible regional partner.

“We do what we promise and by providing advanced weapon systems to Finland, it’s a stabilizing factor for the region as well.”

In short, understanding how the Finns see the evolving strategic situation is crucial to understand how they will address not only defense modernization, but integration of their forces nationally and with core coalition partners.

Now that the Finns have made their F-35 decision, we can address this decision as a second key inflection point.

The first was a decision which underwrote enhanced Finnish sovereignty in a post Soviet world.

The second is part of enhancing that sovereignty by working more closely with key strategic allies to deflect Putin’s efforts to go back to a world in which Finlandization was a word.

Finland has been working cross-border airpower training for a number of years with Norway and Sweden.

Now Finland and Norway will fly the same aircraft.

The will integrated with other F-35 partners in the region, Denmark and Poland and the Netherlands and Belgium.

This means that when the Finns fly their aircraft they will be part of a significant ISR belt looking deep into areas of Russian interest and can provide C2 links to create a more integrated force response dependent upon national decisions.

As I have written for years, the F-35 is NOT a traditional fighter aircraft; it is a flying combat system which is integratable across a coalition of F-35 fighters.

This means that Putin now faces a much more integrated and lethal force which can engage across the spectrum of conflict.

As he contemplates how to regain lost strategic space, some areas which he might have contemplated as areas of relatively low hanging fruit, clearly are not.

And much like President Xi has now generated generational opposition to China in Australia, the Russians have skillful generated Nordic defense collaboration and much closer working relationships with the Balts and Poland as well.

This then leaves the impact of the de-facto inclusion of Belarus within Putin’s strategic arsenal as having significant impact the fate and future of Ukraine.

As the Nordic cooperation coupled with Baltic defense and Polish efforts create a more formidable defense zone against Putin’s aspirations, and with expansion of Muscovy through to Minsk, this leaves the zone from Ukraine through the Black Sea and Turkey in play.

How best to address to warfighting and deterrence in this area?

Much more than Presidential video conferences are crucial to shape credible polices going forward for this region.

And to finish with the fighter decision at two inflection points issue.

The first decision was made right after the collapse of the Soviet Union.

The second decision was made at the point where the 30 year mark for the collapse of the Soviet Union was being noted in Russia.