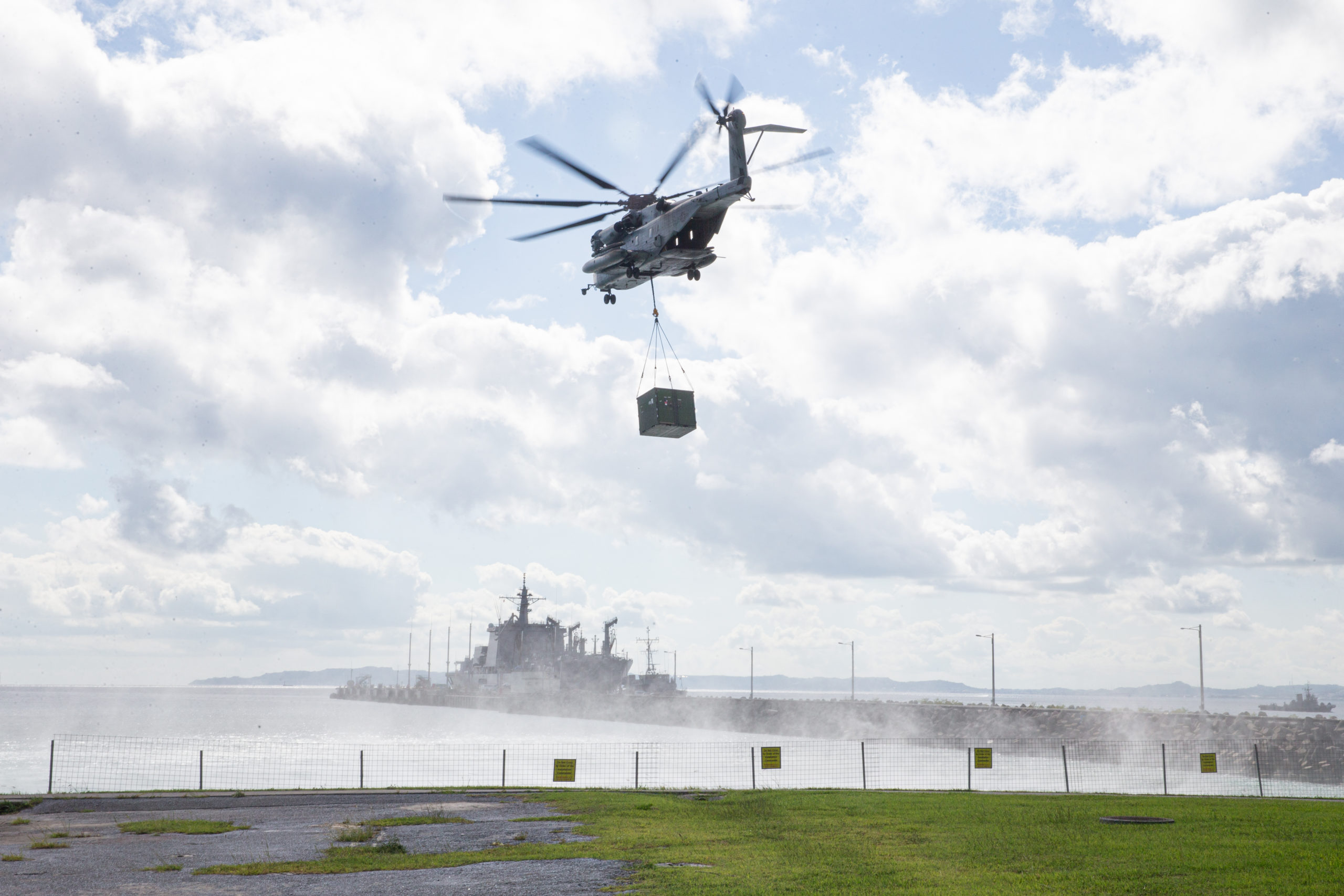 Recently, I started a series looking at the emergence of mobile basing as a strategic capability for the joint and coalition force.

Rather than primarily focusing on the way ahead within the USMC’s overall approach to force mobility, the key line of analysis is how basing mobility is a key driver for the crisis management and combat effectiveness for the joint and coalition force.

Having force at the point of impact either through presence or projection forces is clearly important in dealing with the ongoing challenges posed by the 21st century authoritarian powers. But in augmenting those forces based on the nature of crises or extended combat, a key element of the evolving approach is to enhance force distribution to reduce the target signatures of that force. Clearly, such an effort for the joint and coalition force relies on shaping a way ahead for force mobility and basing and leveraging the capabilities inherent in seabasing as well.

When the Marines began their return to the sea in the Bold Alligator exercises starting at the end of the first decade of the 21st century, we had the opportunity to discuss the way ahead regarding sea basing and force mobility with Jim Strock, who was then Director of the Seabasing Integration Division at the USMC. In a series of interviews, we did with Strock in the first part of the 2010 decade, we focused on seabasing and the way ahead for the amphibious force and amphibious warfare.

Recently, we reconnected, and we discussed the mobile basing approach in the context of the new strategic environment, and the broader joint and coalition force interest in a thinking about force mobility. When the shift goes from the USMC as the expeditionary force to working ways ahead for the joint and coalition force to become expeditionary and operate as an integrated force, the question of how to do so becomes a strategic one.

On January 10, 2022, we discussed how one might conceptualize the way ahead with regard to mobile basing. As the U.S. Navy focuses on distributed maritime operations, the USAF focuses on agile combat employment, and the U.S. Army rethinks its way ahead in theater not dominated by land combat considerations – the Indo-Pacific, and the USMC thinks through new ways to deliver mobile effects, how should one understand the challenge of mobile basing?

Strock identified several key ways he thought one could do so. The Marines have built a significant aviation combat package in the Osprey, the F-35 and now the CH-53K.

According to Strock: “This air package can “work as a mobile base in terms of moving light forces around in their own right. The aircraft also enable the establishment of light mobile bases that can set up, close down and move relatively quickly within a geographical space. In other words, there’s a dimension of mobile basing relative to the airframes that we have today, both in their own right and the ability to establish, operate and then redeploy as mobile bases.”

He then focused on another key aspect of mobile basing, one which we discussed at length in our earlier conversations, namely the afloat piece. One can be blunt about this – seabasing is a key capability which the joint and coalition force needs to leverage and shape ways to integrate the force, rather than simply having the Navy focus on its own discussion of the way ahead for classic naval combat conversations.

With the reshaping of C2 and ISR capabilities and by working of distributed firing solutions with the emergence of kill web approaches, the mobile basing approach leveraging the seabase elements can provide a significant capability for joint and coalition forces to both distribute and integrate force at the point of crisis management or combat effect.

This is how Strock put it: “The other part of mobile basing we worked on 10 years ago was the afloat piece. We were focusing on Navy and Marine Corps capabilities across amphibious ships, across maritime repositioning ships, across joint high-speed vessels, across a variety of connectors at the strategic operational and tactical level to move units around.

“And certainly, those assets today are key enablers for any sort of mobile basing concept of operations we would construct, but to expand this thinking to the joint or coalition force is really the new dimension that I don’t think anyone has seriously thought through as well as finding ways to integrate fully those capabilities for the force design and operations of those forces.

“Moreover, with the greater range of seabasing capabilities that have been fielded over the past 10 years, we now need to think through how integrate those capabilities with shore-based mobile capabilities, i.e., multiple nodes within an operational network, so joint and coalition forces have a greater range of options with which to execute assigned missions.  Experimentation, exercises, and proof of concept events will collectively get us where we need to be.”

As the services think through their ways ahead, a key consideration is what the combatant commanders actually will want available to them in crises and extended conflict. What capabilities will be most valued in meeting the combatant commander’s needs? What is the actual crisis management and combat strategies that will be shaped to engage in the ongoing limited wars with the 21st century authoritarian powers?

Akey element of what is desired by the combatant commanders is that a distributed force needs to be capable of being integratable into effective warfighting capabilities.

And that is why mobile basing becomes more significant going forward, both to have the relevant forward presence and to provide building blocks for integrated combat capabilities.

For the U.S. Navy, one challenge is that the amphibious force really has not been considered as a core fleet combat capability.

Strock underscored how significant sea control had become when dealing with a rising naval and airpower like China.

“Sea control against adversaries that are relying on long-range fires to push our fleet back further is a key challenge. The carriers, the submarines, the DDGs provide significant firepower and can extend sea control in terms of firing solutions.

“But the expeditionary force based on the interconnected sea bases from which one can project an air and ground integrated force provides a very different but complimentary capability to the largely missile strike force.

‘I think what needs to be really brought into the conversation about these new operating environments is how Naval Expeditionary Forces with the current and evolving aviation capabilities can operate across all the warfighting functions, C2, fires, maneuver, logistics, force, protection, and ISR.

“How can you leverage their ability to extend sea power ashore in these new operating environments?”

For our earlier discussions on seabasing for expeditionary operations, see the following: