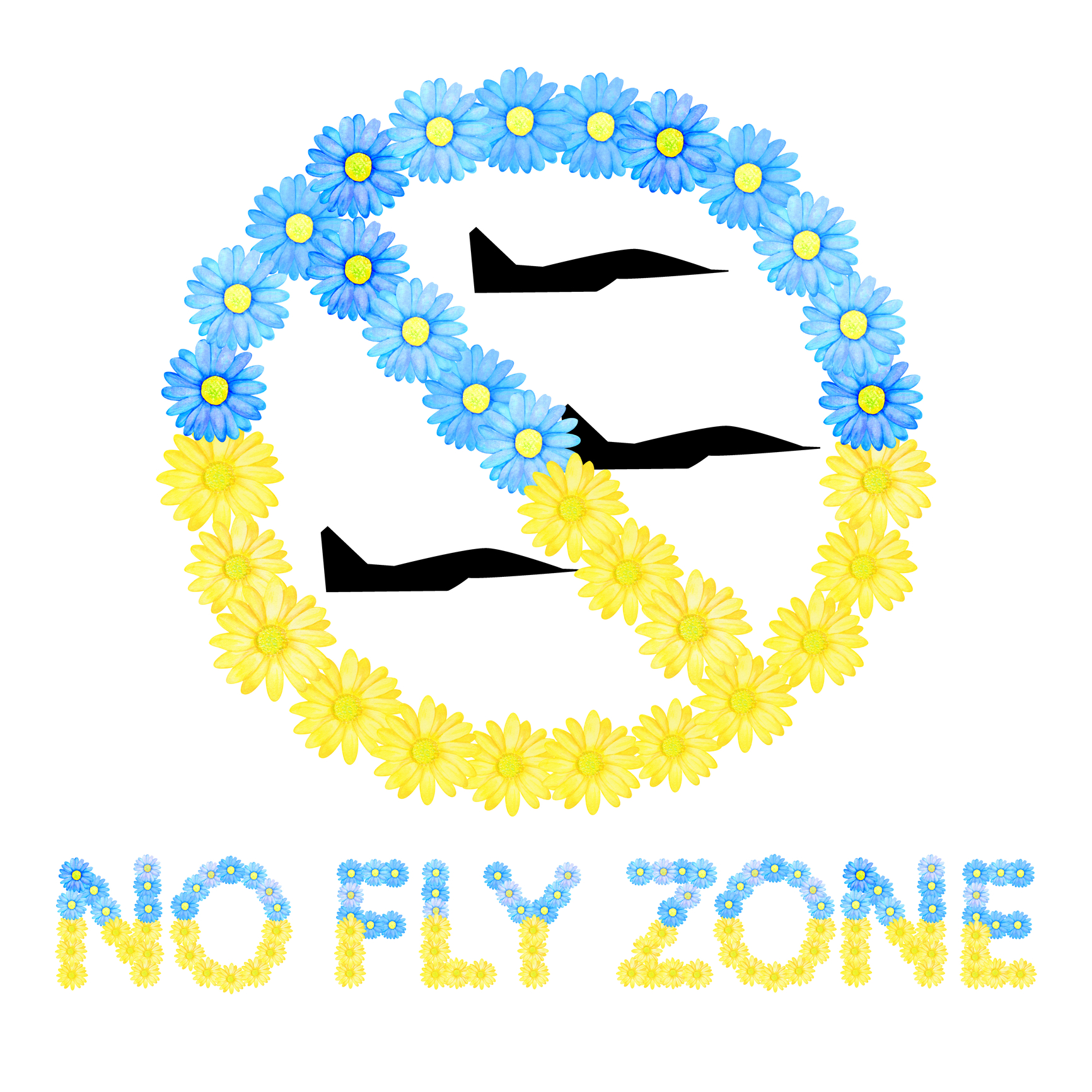 Courageous Ukrainian President Zelensky has repeatedly requested that NATO institute a no-fly zone over his country. During his moving speech to the U.S. Congress recently, Zelensky showed a video that implored help to “close the sky over Ukraine.”

The Biden Administration has given reasons for not complying with this entreaty – not the least of which is that establishing a no-fly zone over any part of Ukraine is likely to lead to World War III.  For its part, the Kremlin has drawn a red line over the prospect of a NATO-imposed no-fly zone, even threatening the potential use of nuclear weapons should NATO enter the conflict in a direct way.

To establish an effective no-fly zone, NATO would have to attack Russian air defense and command and control targets inside Russia and Belarus.

And what about the ballistic missile units that are launching attacks on Ukrainian cities?

How about Russian naval ships operating in the Black Sea and Caspian Sea that are launching cruise missiles on Ukrainian targets?

Where would NATO draw the line?

Further, no one has asked the question “is NATO capable of establishing and enforcing a no-fly zone in a region dominated by Russian land and sea-based air defenses and Russian fighters?”

As always, the first step in initiating a no-fly zone is to degrade or destroy the adversary’s integrated air defense network.  Russia has deployed sophisticated surface-to-air weapons in Belarus and Russia that would pose a lethal threat to non-stealthy NATO aircraft.

Among the NATO air forces, only the US has operational stealth aircraft.  It’s unlikely the U.S. would use nuclear-capable B-2 stealth bombers in such a campaign because of concerns that B-2s cross a threshold that might trigger the Kremlin’s not so veiled threats of nuclear escalation.

That leaves stealthy F-35s to strike air defense targets inside Russia and Belarus and Russian naval ships in the Black and Caspian Seas.

U.S. Air Force stealthy F-22s would be used to sweep the skies of Russian fighters and especially of the Russian bombers that are causing most of the heavy damage to Ukrainian cities. Like their NATO Typhoon and Tornado counterparts, American F-15s and F-16s are unlikely to survive in an advanced air defense environment.

Is a campaign of such scope and scale sustainable?

Do we have enough F-35s and F-22s to do the job – even if we strip our Pacific theater bases of their aircraft?

The U.S. has only about one hundred combat capable F-22s and one-hundred and fifty F-35s. That’s not enough to enforce a no-fly zone over Ukraine – a country the size of France.

Further, NATO’s AWACs command and control aircraft and most of our intelligence collection aircraft are antiquated.  Are they up to the job of supporting such a massive effort – even if supported by land-based US Navy aircraft?

The realization that a country-wide no-fly zone is infeasible is very likely one of the reasons the Pentagon has not pushed this idea forcefully within the Biden Administration.

We simply don’t possess enough of the right type of aircraft.

And, of course, there is the specter of Russia’s threat to escalate to nuclear war – a threat which – by the way –  gives Putin almost unlimited conventional war options.

Think of what this means in the context of a China-Taiwan scenario.

The maritime region surrounding Taiwan is enormous and so is the airspace. Given the limitations we face in confronting Russian aggression in Ukraine, do we have a credible deterrent to a Chinese move against Taiwan?

Can the U.S. Air Force guarantee air superiority in any future conflict with peer adversaries?

Could we do so on two fronts simultaneously?

Those are the questions the Congress ought to pose to the Administration and ought to consider itself in future budget deliberations.

The American public and many of our allies seem to assume that a no-fly zone over Ukraine is achievable and that it’s not happening only because of the Kremlin’s threats of escalation.

But the Congress and the White House should be asking several crucial questions, per below.

Does our aging Air Force have the resources it requires to do what the public assumes it can do?

Is our strategic intent in Europe and in the Indo-Pacific backed up by adequate forces?

Is Congress demanding a rapid enough modernization of our air and space forces?

If we don’t have enough modern fighters in the entire Air Force to establish and enforce a no-fly zone over Ukraine, then what are we going to do about it?

Brian J. Morra, former US Air Force Intelligence officer and author of The Able Archers – an acclaimed novel about the 1983 nuclear war crisis between NATO and the USSR, released by Koehler Books in March 2022.

You can order the book from Amazon or BN.com, or visit Brian’s website www.brianjmorra.com