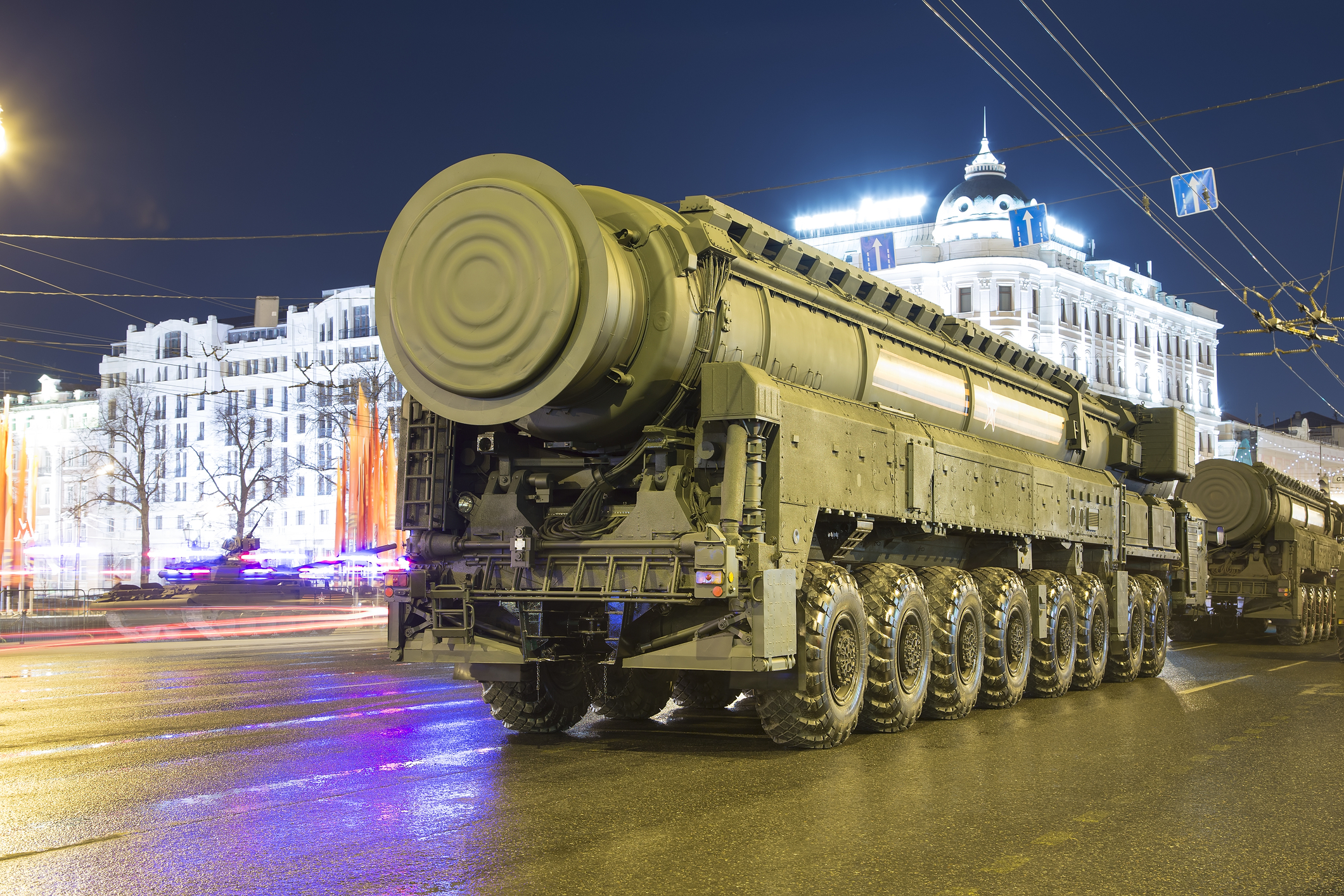 Recently, The New York Times published an opinion piece by Steven Simon and Jonathan Stevenson which argued that the threat of nuclear weapons use by Putin should be managed and put in context and not really deter the West from the kinds of actions which are necessary to support Ukraine in its fight against Russia.

For these analysts, nuclear weapons are for national survival and play no larger role either in peace or war. To deal with Putin’s nuclear threat, existential nuclear deterrence is enough. If you have them, no one will use them. In this logic limited nuclear use, or even additional nuclear options, simply makes nuclear war more likely.

But conventional forces operate in a nuclear context, regardless of our desire to wall off these weapons into a box that is labeled “To be opened only in unlikely and largely unimaginable circumstances.”

They argued: “If the United States doubled down on tactical nuclear weapons in response to Russia’s threat, it would return the world to a state of nuclear dread similar to what it experienced in the early 1980s. Instead, the United States should reassert confidence in conventional deterrence by emphasizing its adherence to the established framework.”

They go on to advocate and predict that “Perpetuating a false sense of Russia’s readiness to use extreme measures only helps Mr. Putin….The message to Mr. Putin is that the United States and NATO emphatically reject his attempt to raze the architecture of deterrence.”

While their article reaffirms the current conventional force structure of the United States in which conventional forces have been built with little regard to an opponent using nuclear weapons, what Putin has done is to significantly challenge this assumption. Having spent a great deal of my professional life working with the United States and allies on nuclear weapons issues in the Soviet period, I simply find this position to lack credibility in the real geopolitical world in which we live.

I talked with Paul Bracken, my colleague whom I met when he was working for Herman Kahn (whom I also dealt with) and myself for Zbig Brzezinski, where we first started discussing together “thinking about the unthinkable” as a key to deterrence. We represent a legacy of those who dealt with the blending of nuclear and conventional forces in an overall warfighting strategy which only ended with the collapse of the Soviet Union, but unfortunately has returned with the loose alliance of 21st century authoritarian powers.

I found this article in The New York Times interesting as representative of current U.S. thinking. But it is out of sync with the geopolitics of living in a second nuclear age of authoritarian powers. You don’t simply possess nuclear weapons only for ultimate, existential purposes; they support your warfighting activities globally. Moreover, Putin has demonstrated that nuclear weapons have many uses beyond the ultimate doomsday scenario. He “used” nuclear weapons to deter NATO from forward conventional operations in the Ukraine with their own forces.

Bracken’s view of the article was blunt and to the point: “The article accurately captures the mish-mash, half-baked sets of ideas that pass for a strategic conversation in Washington today. It’s a window into that world.”

We started by discussing how the media and the Biden Administration analyze the war in Ukraine.

The President has declared that Putin is a war criminal and must go. The general narrative is that Putin is delusional and will lose in Ukraine, and we should blow past any threats from essentially a mad man.

But we forget how we navigated the near-nuclear war in 1983 where rhetoric needed to be contained, and how back channels managed the crisis. Those type of structures are in short supply today, which is why I have emphasized over the past few years the missing piece of the puzzle for dealing with 21st century authoritarian powers, namely, crisis management skills when dealing with countries who are not peer competitors, but powers who seek ascendancy over the liberal democracies.

As Bracken put it: “The kinds of capabilities you are referring to which existed in the 1980s are simply gone today. The Biden Administration is in a hysteria to convince the public that Vladimir Putin is an evil person. End of story, end of paragraph, that’s all you need to know.”

“Looking back, we built a survivable force in the early 1960s, survivable for 15 or 20 years, designed clearly to lower the chance of nuclear war. Buying more nuclear missiles lowered the risk of war, even though it increased the number of nuclear weapons.

“It added to stability – and deterrence. If you went to the Navy today and said, we’re going to double down and put tactical nuclear weapons on the ships, you know what the reaction would be? No one is more against that than the U.S. Navy. They make the Plowshare Program look good, for the best of reasons.”

What we have now is a new situation which we have not imagined or thought about: urban warfare and threats to use nuclear weapons to stop any NATO  attacks on Russian forces and territory. As Bracken noted, “Putin is creating new doctrine here, but he is clearly winging it – and that is dangerous.”

The President has said that we would respond in kind to the Russian use of WMD. I simply don’t think we have anything like proportionate deterrence and really doubt that NATO has a strategic or operational consensus on any proportionate response to Russia using WMD.

I spent a significant amount of time in Western Europe in the 1980s dealing with the Euromissiles crisis, where there was clearly no consensus among the allies on such weapons and indeed there was concern on the U.S. side that even if there was a mobilization towards activating the tactical nuclear force, some allies would forcibly stop us.

I have spent a great deal of time in Europe since that time, and there clearly is no consensus on how to attack Russia if Russia were to invade NATO Europe. I know that President Trump raised the Article V issue, and in my view, it’s better for a President not to raise that question publicly.

But alliances are alliances. If you look at Europe today, there are some states very serious about defense, and more who are not. So no matter what one claims, the question of who would fight, how they would fight, and actually what the U.S capabilities and approach are is a key question.

That counter terrorism and counter insurgency have dominated operations for the past twenty years has allowed the U.S. defense establishment to not think about this question.

Bracken underscored how he sees this challenge. “I know that people say that it’s the threat of World War III that stops the Russians. But it’s like Stalin used to say, the NATO treaty is a piece of paper. It does not require that the U.S. go to war to defend Montenegro or France or Britain.

“It only says that an attack on one is an attack on all. I really wonder if the NATO alliance would hold together if the threat of going nuclear was imminent. Raymond Aron used to come to Hudson meetings and say ‘there are no true alliances in the nuclear age.’ ”

The crisis management elements of this loom especially large.

How do you negotiate an end to hostilities?

And how do you prepare the ground after a successful negotiation for the new conflict?

Putin has seized the energy and rare earth mineral parts of Ukraine, and is levellng ports on the Black Sea to secure a land bridge in that area.

Will anyone really be able to dislodge him without a significant attack on Russia’s warfighting capacities on Russia itself?

Bracken highlighted this challenge: “There’s the whole topic of an armistice, versus a ceasefire, versus an agreed treaty to end the war. It sounds hard at the moment, but I haven’t even seen anyone distinguish among these things. It’s only a handful of people that are even proposing to consider shifting our policy to getting the war to terminate. What is the future of Ukraine from a U.S. perspective? Finlandization?”

The ongoing war has seen new ways to transfer information and weapons to a non-treaty power, Ukraine, and that raises significant questions for the future as well.

Bracken noted: “Allegedly, there are stealth drones operated by unnamed three letter agencies flying over Ukraine right now that are passing target information to the Ukrainian military, and policy decisions have been to keep that super-secret because it looks like we’re supporting Ukraine in a kinetic war. But how far do you go with that? Do we really want us killing Russian generals via the Ukrainians?”

In sum, there’s a lot going on in this war that no one is focusing on. In some ways we are in the early part of a new era, a second nuclear age. The rules, themes, and issues are in early stages of gestation. Shaping these for the future will powerfully affect world order for the rest of the century.