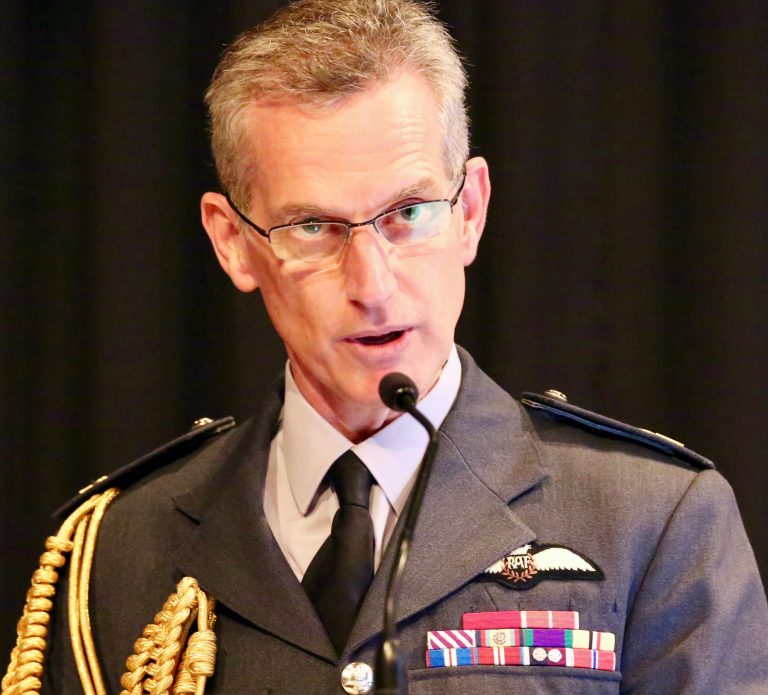 What is the Nature of the Military Transition to Deal with Peer Competitors in a period of Significant Strategic Change?

In effect, the Williams Foundation just held a seminar which addressed this question.

The Williams Foundation has focused for the past few years on the modernization of the Royal Australian Air Force and its impact, with a key theme being the development of a fifth-generation approach to the transformation of the force.

From the outset, the overall approach has been to highlight the challenge and the opportunity to shape a more integrated force.

Now the Foundation is focusing on the new strategic context within which this force will operate and the kinds of further changes necessary for Australia and allied forces in facing the challenges posed by peer competitors.

These challenges are posed both in terms of potential high intensity operations and the expanded gray zone area in which various tools are being and will be used to test the liberal democracies and for illiberal powers to seek to expand their influence and their interests.

Most Air Force and senior military leaders in the western world begin their military careers either around or shortly after the Falkland Wars which were watched globally as an epic air, sea, and amphibious campaign; conventionally fought at the ends of the earth and at the end of an immense supply chain for the British Forces.

The decades that followed saw warfare in the Balkans and Middle East, and counter insurgency operations in Afghanistan; warfare very different from that postured for during the cold war and exercised in high end air combat exercises.

The Australian Defence White Paper 2016 and the associated Force Structure Review was written to an Office of National Assessment Strategic Environment to 2035 against this paradigm, whilst recognizing impending change. The subsequent rate of change in global security has shocked even pessimistic observers and we face the heightened risk of high intensity, non-permissive air environments non-discretionary wars”.

Questions to be addressed at the Seminar

What will be the impact on the delivery and expectation of 5th Generation systems as the world has changed so dangerously and so rapidly?

Have hostile forces been watching the development of our 5th generation systems and developed active asymmetry to defeat us?

Has the combination of our cold-war legacy and participation in irregular wars led us to make decisions that will limit our freedom of movement?

Do we need to reconsider air campaigns in the light of Joint Force / Joint Strike options?

Do our national systems support the requisite battlespace awareness in denied areas to conduct effective targeting and effect generation?

Presentations by senior Australian and allied military leaders along with those by civilian analysts provided a solid foundation for understanding the challenges and how profound the shift will be for the liberal democracies in the period ahead.

Future seminars will address the question of what capabilities need to be added to the Australian and allied forces to deal with the strategic shift as well as how those forces can train more effectively to deal with the new challenges.

A report is being prepared to provide an overview of the presentations as well as the incorporation of interviews with senior Australian Defense Force leaders which will provide a detailed look at the presentations and key points developed throughout the seminar.

For now, what I want to do is to provide a sense of how one might best understand the transition.

And the evolving tools sets associated with a core activity like information war or cyber conflict are designed not only to help competitors now but will be used in enhanced ways in the shape of any future high intensity conflict. They are already attacking our civil societies.

A core point made at the seminar was that dealing with peer competitors was not just about preparing for an abstract future high intensity conflict but about dealing with various elements of that force already engaged against us.

The bulk of the seminar focused directly on the challenges of remaking the force to deal with higher tempo operations and possible direct high intensity conflict. Certainly, a key argument made throughout was that habits learned in the land wars would need to be unlearned; notably, notably that we can operate with air superiority and have information security.

Contested operations meant that we need to significantly rework how information is used and how command and control is executed. This transition will be a major challenge and one which forms a bedrock of further transformation.

How should we organize our force in the face of enemies which will use a wide range of tools to disrupt it?

How will we deal with adversaries relying on significant strike assets to make fixed installations inoperable?

How can we deal with the mass at least one peer competitor is generating to try to both overwhelm us and to create the impression of inevitability of victory?

In other words, force structure construction is both about having a more effective and dominant force and persuading our publics and leaders in fact that we are capable of victory in a direct conflict.

How do we more effectively master new technologies to reinforce our core capabilities in dealing with peer competitors?  How do we leverage the F-35 global enterprise to shape more effective Australian and allied forces going forward?

During both the RAAF Airpower Conference and at the Williams Seminar, one key technology discussed was that of artificial intelligence and decision making.  One speaker made a very good point that the RAAF as a relatively small force but one which was undergoing significant modernization was in a good position to perhaps lead the way in leveraging AI to generate transformation of C2.

The question of deterrence of a peer competitor operating in the gray zone is a key challenge as well.  One senior RAAF Commander put it this way after the seminar: “How do we deter China from further build out capabilities in the South China Sea?”

There can be a key challenge as well whereby we fail to leverage the new technologies we are already buying and deploying and to get full value from them as we reach too far in the future to pursue a technology that will not be there in time to matter for the battles we will have to fight.

We need to master what we are introducing and build from that as well as thinking longer range.

The RAAF is following a good approach here whereby they are incorporating the lessons learned from shaping their baseline transformed force of Super Hornets, KC-30As, Wedgetail and C-17s to one which will be encompassing F-35, Growlers and the new robotic boom on the KC-30A and working to proliferate communications assets within the fleet to reshape their C2 approach.

The question of what to add after that will be in part the focus of the next Williams seminar.

Such an approach is a solid way to build transformation which works but from a proactive perspective not just a legacy one.

I had some personal takeaways from the seminar, the interviews and the discussions which were discussed at the seminar or touched on but want to shape more sharply than was done at the seminar. And want to emphasize that these are personal conclusions.

First, Australia and the allies have to take mobilization much more seriously.  If there is higher intensity conflict, clearly security of supply is both crucial and based on current policies questionable at best.

There clearly needs to be a major look within our societies and mobilization relevant to higher intensity conflict and to gain better understanding of our vulnerabilities.

Third, while the military leaders are trying to think through a transition, where are the civilian leaders and strategists?  To operate in the gray zone clearly requires flexible military forces and capabilities.  It also requires and ability for civilian leaders to use these tools and to be able to shape adversarial behavior in ways that protect and expand our interest.  Currently, work on this side of the ledger is in short supply.

We are in a significant transition; and the Williams Foundation is to be applauded for encouraging a public focus on these issues.

Editor’s Note: The photo above is of ACM Sir Stephen Hillier, Chief of the Air Staff, Royal Air Force.