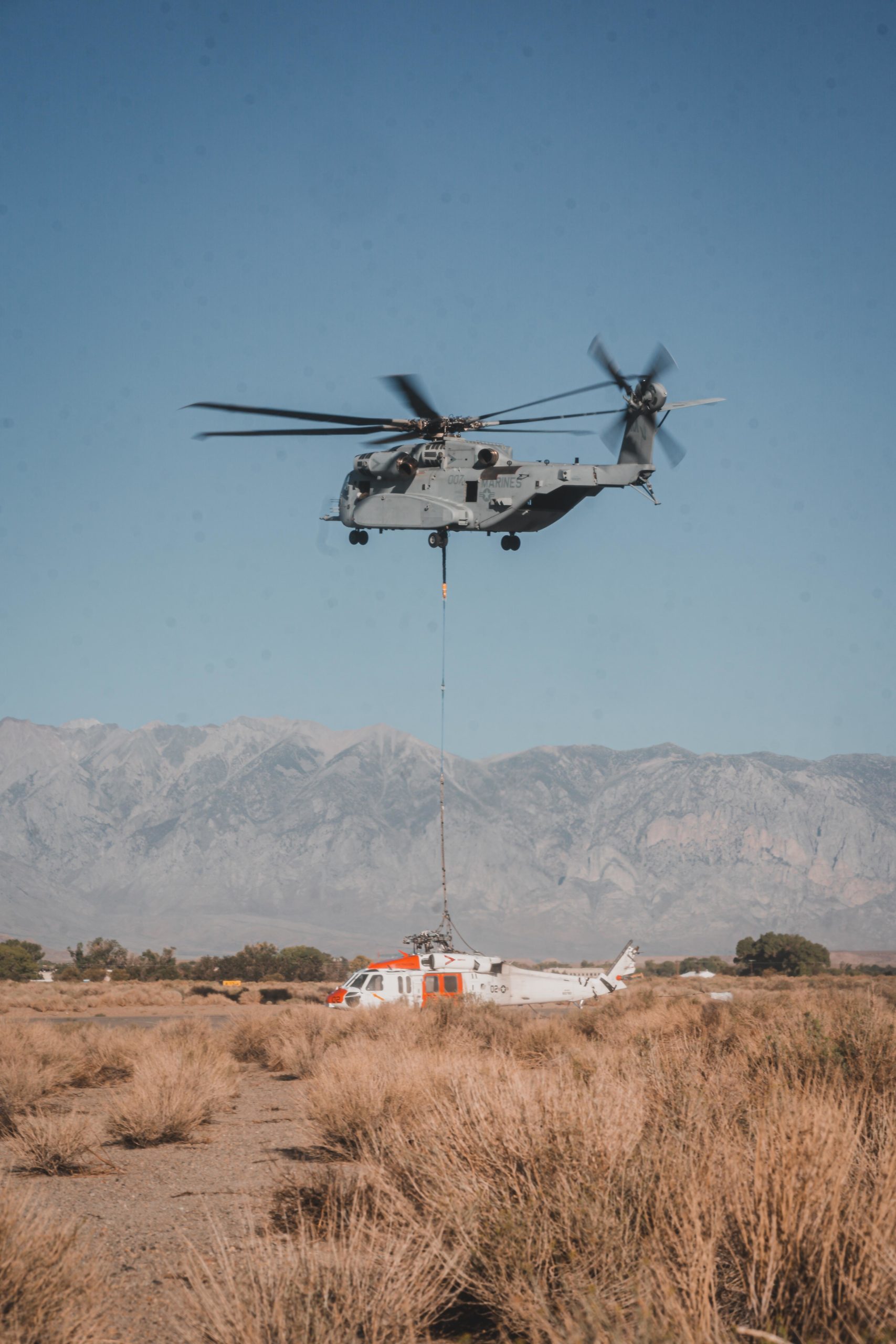 The acquisition of the  CH-53KTM by the IDF can be described as a replacement for their aging CH-53 Yasur helicopters. But the CH-53K is a very different capability and comes at a time of IDF transition as well.

In this second piece in my three-part series on the CH-53K coming to the IDF, I am focusing on what the CH-53K brings to the IDF.

The first and in many ways the most important one is that this new heavy lift helicopter is entering the USMC force as the final piece of the triad of the Osprey-F35-B and the CH-53K. Marine air capabilities have transformed the USMC.

This means that the IDF can tap into lessons learned and being learned as the Marines continue their force transformation process.

And certainly, working force insertion at a distance with the F-35 as the partner for the CH-53K is something which the IDF will leverage going forward.

The second is the significant automation of systems built into the aircraft.

This leads to ease of use; this leads to reduced training time to get the operating team up to ops speed; this leads to shaping new flight crew working relationships as the reduced pilot load allows the flight crew to focus on a wider range of tasks than simply mastering the ability to fly a heavy lift helicopter.

As the 2nd Marine Air Wing Commander, MajGen Cederholm put it last year in my interview with him: “I was amazed at the automation that’s built into the aircraft. To be honest with you, I can’t stop thinking about what the different possibilities are of how we can make this platform support our operating concept on the battlefield of today; but not just today, but on the battlefield of the future.”

The reduced training time aspect was highlighted in a discussion I had with LtCol Frank head of the VMX-1 CH-53K detachment at Marine Corps Air Station New River.

The digital aircraft has many advantages and one can be seen on the training dimension. As with the F-35, pilots can train to core proficiencies more rapidly, which leaves room for expanding training options for the evolving mission sets which the Marines are clearly focusing on for full spectrum crisis management.

With regard to conversion training, they have discovered at VMX-1, that hours and flight events could be reduced for the pilots. As LtCol Frank put it: “the initial conversion syllabus from the CH-53E to the CH-53K was tailored based on our best guess of what events and flight hours would be required for the conversion aircrew.  Following our initial foray into our own flight and simulator training and through our evaluations of the current syllabus we realized we could reduce those numbers by around 25%.

“Currently, we are focusing heavily on the co-pilot series-conversion syllabus which began as 17 total flight events for 26 flight hours. After our pilots completed this period of instruction, surveys taken at the end indicated that we could pare those numbers down by 7 events and10 less flight hours. My hope is that this 25% savings will result in a typical Marine Heavy Helicopter Squadron saving 6 months over the duration of their transition.

“So now, if we can can capitalize on the flight hours savings and pair that with an enhanced focus on the higher-level syllabus, we could expand training for those missions to meet high end events that the Marine Corps has decided is important in the evolving context.”

The third is that combing range, lift capabilities and automation shape a new combat capability.

As LtCol Lukas Frank, put it:

“You have an aircraft that can carry significant supplies or Marines inside and can carry 36,000 pounds externally. They can carry a lot of stuff. It has automated flight control systems that allows you to land in the degraded visual environments that you would not dare land an ECHO or a DELTA in. It can fly long distance without the air crew being fatigued. If you’re aerial refueling and flying 1,000 miles in the E, the air crew would be wet noodles getting out after the flight. In the K you can relax a little, take a breath, allow the aircraft to help you fly and thus reduce aircrew fatigue significantly.

“I think when the necessity for conflict rears its head the K will be able to respond, and using human ingenuity, the operators will be able to find a way to support any mission that the Marine Corps needs it to do. The K is so versatile that I don’t see people being pigeonholed into not being able to do something with a K. I think they’ll be able to answer the call 99.9% of the time.”

The fourth is how the digital nature of the aircraft can open up the way ahead for enhanced man-machine operational capabilities.

In a discussion with Col. Jack Perrin, Program Manager, PMA-261, H-53 Heavy Lift Helicopters, Naval Air Systems Command at Patuxent River, Maryland, we focused on how the digital nature of the aircraft opened the aperture for future combat capabilities.

Question: I would like to return to the digital point for a moment.

The CH-53K is a digital aircraft as you have said and working digital data as part of the operational and sustainment efforts is a key foundation as the force works towards adding autonomous systems – which are completely software driven to the force.

How would you characterize the impact of the manned digital system preparing the way for unmanned systems?

Col. Perrin:   The digital character of the aircraft reduces the workload of the pilots and the crew so much that they can have that spare capacity to do those additional tasks that they will see in that digital battlefield, whether it’s communicating or operating with other symbiotic platforms that are going be out there.

Because I agree with you, the future really is about the unmanned world and that force multiplier that they can provide to some of those manned systems, but to get there you have to start by understanding, working with and mastering digital backbone manned systems.

I will stop there and turn in the final piece into how the IDF can translate these proven capabilities into a significant combat advantage for the way ahead for the IDF.

Featured Photo: A Marine Corps CH-53K King Stallion lowers a Navy MH-60S Knighthawk helicopter to the ground after recovering it from the nearby mountain ranges after it conducted a hard landing near, Bishop, California, Sept. 5, 2021.

The two-day operation was the first official fleet mission for the CH-53K King Stallion, as it is currently undergoing an operational assessment while the Marine Corps modernizes and prepares to respond globally to emerging crises or contingencies.

See the first piece in the series:

The Next Phase in the Israeli Procurement of the CH-53K