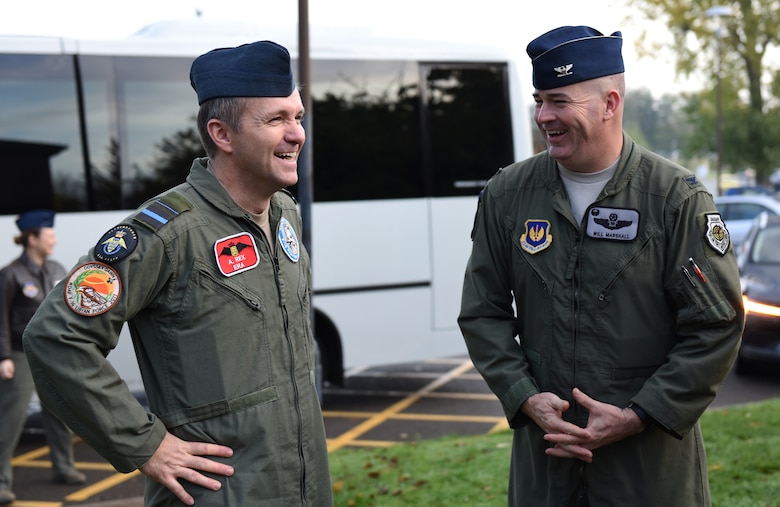 Major changes are taking place in the Arctic. Climate change brings not only better accessibility, but also an increased attention to the extraction of natural resources and commercial activity.

The changes in the Arctic have also led to a need for increased focus on the security dimension in the region — with the goal of keeping the Arctic a secure and stable region.

The kingdom of Denmark consists of Denmark proper, Greenland and the Faroe Islands, and hence covers a considerable area in the Arctic. The Arctic mission of the Danish defense forces includes the exercise of sovereignty, search and rescue operations, maritime environmental protection, and support to civilian authorities. The current Danish Defence Agreement (2018-2023) strengthens the Danish efforts in the Arctic.

In addition to this, the Danish Arctic Agreement of 2016 increased the funding and development of surveillance, command, control and communication, and other operational efforts in the area, including several security infrastructure projects. The Defence Agreement and the Arctic Agreement underline the geopolitical importance of the Arctic, which is expected to become increasingly significant in the coming years.

The Danish armed forces, including the Royal Danish Air Force, have a long tradition of operating in the Arctic. Prior to the establishment of the RDAF in 1950, the Naval Air Service conducted several missions in the Arctic area in the 1930s and 1940s supporting Arctic expeditions and scientists — mainly in Greenland.

Military operations in the Arctic are multidomain by nature, as they are commanded and controlled by the Joint Arctic Command in Nuuk, Greenland, and supported by the three services. The air power characteristics — speed, reach and height — make air power a very useful tool in the Arctic region, which is characterized by large geographical areas and challenging weather.

In large parts of the year, the RDAF performs search and rescue operations and surveillance with a CL-604 Challenger maritime patrol aircraft from Air Transport Wing. The aircraft is equipped with radar and optical sensors, and is operating out of Kangerlussuaq (formerly home of Sondrestrom Air Base). Continuously through the year, RDAF provides air transport with the C-130J Hercules.

The Royal Danish Navy operates a number of naval vessels in the Arctic. Two of these are continuously operating with MH-60R Seahawk helicopters from RDAF Helicopter Wing. The helicopters are completely integrated in the naval operations, and in the near future they will be upgraded with sonars, buoys and torpedoes for anti-submarine warfare.

Air Control Wing is responsible for producing an air picture for Joint Arctic Command using data from a number of different sources, including ground- and air-based sensors, maritime sensors, and satellites. Given the size of the area of responsibility, coverage is a challenge.

It is not difficult to envision the benefit of a multitude of capabilities to Joint Arctic Command’s mission: complete radar coverage, drones, maritime patrol aircraft, airborne early warning technology, air-to-air refueling capabilities, more satellites — and the list goes on.

What is more difficult is to fund it all. Until that happens, two tasks lie ahead of us. One is to have a clear prioritization of these future capabilities to match the operational environment and budget. The other is to make the absolute most of the data already gathered.

We must work diligently to get data from all domains, from across the government as well as from other nations. This underlines the multi-domain character and the key to success in the Arctic. In the future it should be second nature for all with data pertaining to the Arctic to ask themselves: “Have I shared this with Joint Arctic Command?”

To use the data for the common operating picture in the Arctic, the data infrastructure must be in place.

A part of this is link connectivity and the ability to share data. One such capability already out there is Joint Range Extension Applications Protocol.

The amount of data will (and must) grow, and the principle of command and control will move from “man in the loop” to “man on the loop” using artificial intelligence and cloud-based solutions.

In as challenging a security environment as the Arctic, this will be of vital importance.

In the spring of 2021, Denmark will receive the first of 27 F-35 fighter jets; and in the summer of 2023, the first aircraft will arrive in Denmark. The F-35 will be pivotal in the execution of Danish air defense and sovereignty. Whether it will also perform missions in the Arctic is undecided, but some of the Danish F-35s will have provision for a drag chute to enable operations from icy runways.

Coupled with the Greenlandic decision to extend a number of air fields to more than 2,000 meters, it gives vastly increased operational opportunities for fighter operations.

With the geographical size of the Arctic region and the limited number of air bases, air-to-air refueling is almost a prerequisite for effective fighter operations.

And effective they will be. The F-35 can contribute to the situational awareness with its immense data-collection and data-sharing capabilities.

Air power is of vital importance in the Arctic, given the core air power characteristics, but it must be in a joint and combined framework, enabling future multidomain and network-based operations in the Arctic region.

The Royal Danish Air Force will work toward that objective.

This article was first published by Defense News on August 6, 2020.

This article is republished with the permission of the author.

For an earlier interviews of Major General Rex, see the following:

And a 2016 presentation to the Williams Seminar held in Copenhagen: