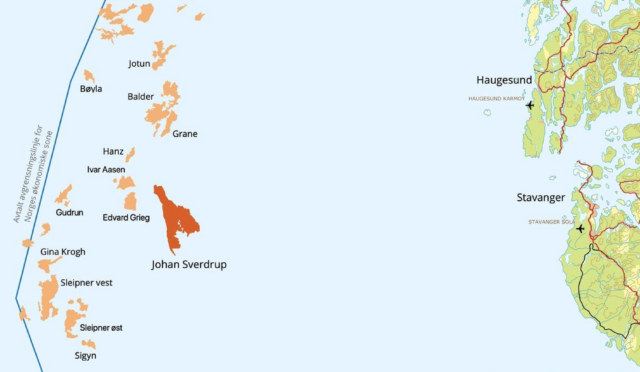 Our colleague Hans Tino Hansen, the CEO of Risk Intelligence baed in Copenhagen, has brought an article to our attention which highlights a potential new threat development affecting the energy crisis in Europe.

In an article by Kjetil Stormark published on September 20, 2022 in AldriMer.no and published in Norwegian, the author warned that “Unidentified drones continue to appear around Norwegian oil and gas installations in the North Sea. At the weekend, a foreign drone was also observed in the Sleipner area. This means that in recent days there have been reports of at least four sightings of unidentified drones within the safety zone of Norwegian platforms on the Norwegian continental shelf.”

He added: “The distances between the places where drones have been observed are very large. The incidents at the Johan Sverdrup field have been formally reported to the police by the operating company Equinor. All the incidents must have occurred within the safety zone, which is 500 meters in radius from the oil and gas installations.”

Any threat to the Norwegian oil and gas installations in the North Sea would be a major blow to dealing with the current energy noose being pulled by the Russians around the necks of the Europeans.

The author informs us: “The Gina Krog oil and gas field is a very important distribution link for Norwegian gas supplies to Europe. The platform on the Gina Krog field is connected to Sleipner A and, according to Equinor’s website, uses “both process capacity on the platform and existing pipelines to send the gas on to the market in Europe”.

Are the Russians directly involved?

The Author notes: “In the latest drone incident on the Gina Krog field, at least one Russian fishing vessel was observed nearby. One of these vessels departed from Runavik in the Faroe Islands, with a stated destination for the heavily militarized Russian enclave of Kaliningrad in the Baltic Sea. This is “a funny route for a fishing vessel with a view to delivering fish”, it is pointed out from informed quarters.”

The featured graphic: The large Johan Sverdrup field has enormous oil deposits. The Gina Krogh oil and gas field is extremely important for gas deliveries to Europe and is located south-west of Johan Sverdrup and north-west of the Sleipner field.

The translated text was generated by the Document Translator app.